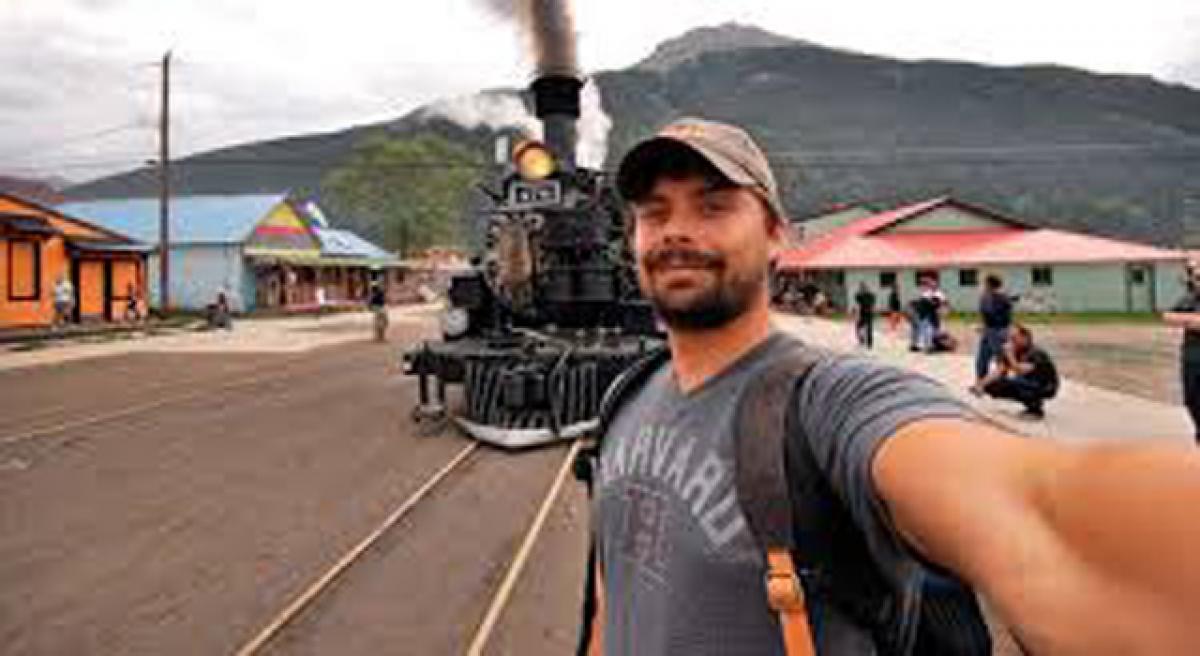 People are, quite literally, dying to take a picture of themselves. The most recent is the case of an engineering student of Kurnool district in Andhra Pradesh.

​Hyderbad/Kurnool: People are, quite literally, dying to take a picture of themselves. The most recent is the case of an engineering student of Kurnool district in Andhra Pradesh.

A second year engineering student at Neravada under Panyam mandal limits wanted to take a selfie with his cellphone with train coming in the background and while he was busy taking the selfie, the Kurnool-bound Nandyal metro train hit him killing him on the spot on Wednesday.

The deceased has been identified as Molla Iddus (22), an enginerring student at Panyam. If 2014 was the year of the selfie, then 2015 took the art of self-photography to a new and dangerous level culminating in the death of more people than by those killed in the shark attacks.

Of late, the craze for clicking all kinds of selfies has been creating a havoc across the globe, and in some cases, the madness. First, selfie phones and selfie sticks are no longer just a convenience but considered the new symbol of self-absorption. Experts caution that the selfie fever can further isolate this generation.

In India, tourists thronging Avalanchi near Udhagamandalam in Tamil Nadu are found to be inviting danger to their lives by crossing the safe limits and getting closer to the gorge while trying to have a close view of the water and in posing for “selfies”, while in Russia there have been a handful of selfie-related fatalities.

And a university graduate died after trying to take a selfie while hanging from a Moscow bridge. Like in Kurnool incident, three Indian college students were killed in January by a train when they stopped on the road to Agra and tried to take a photograph of themselves in front of it.

In March, seven young men drowned in Nagpur, India, after capsizing a boat while posing on one side.
In some cases people willingly put themselves into dangerous situations in order to capture a selfie. So what's going on here?

What is it about the self-portrait that's so resonant as a form of communication? And why, psychologically, might someone feel so compelled to snap the perfect selfie that they'd risk their life, or the lives of others?

Experts believe that people putting themselves in more dangerous situations to take selfies has resulted in a rise in people dying trying to take self-portraits.

The craze for selfies could become a public health problem, said doctors in reaction to an incident in which two people lost their lives while taking selfies at the Bandra Bandstand.

Psychiatrists say that "while selfie obsession is not yet classified as a disease, it seems to be fast getting there.

People post their pictures on the Internet so they can make others gape at them. While this accident claiming life is terrible, it's in no way surprising considering how the habit is growing."