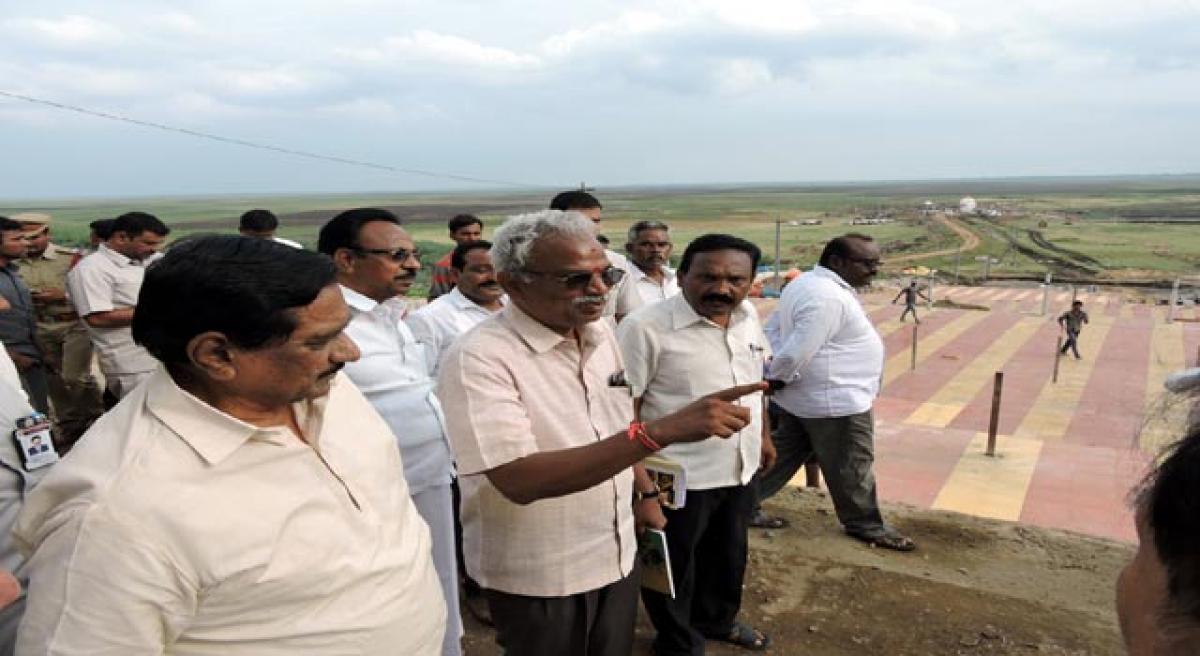 Later, speaking to the media, he expressed confidence that the works would be finished by July 30. Already, 70 per cent works have been completed. He desired that the balance work should be finished in 17 days.

He stated that there would be no water shortage for bathing by the devotees. If required, he said that water would be sought from the Jurala project. He sounded confident that the government would be able to organise the Pushakaralu on a grand scale.

However, he evaded answer to a question on availability of water in Sangameswaram and Srisailam when the Srisailam barrage water is taken to Handri-Neeva, Pothireddypadu, SRBC, Telugu Ganga and Lower Krishna Delta, if demands of local leaders are met.

Upon noticing small quantity of water on the Krishna river bank, Krishnamurthy observed that flood water seemed to head towards Srisailam, officials informed him that it was released after power generation in Jurala.