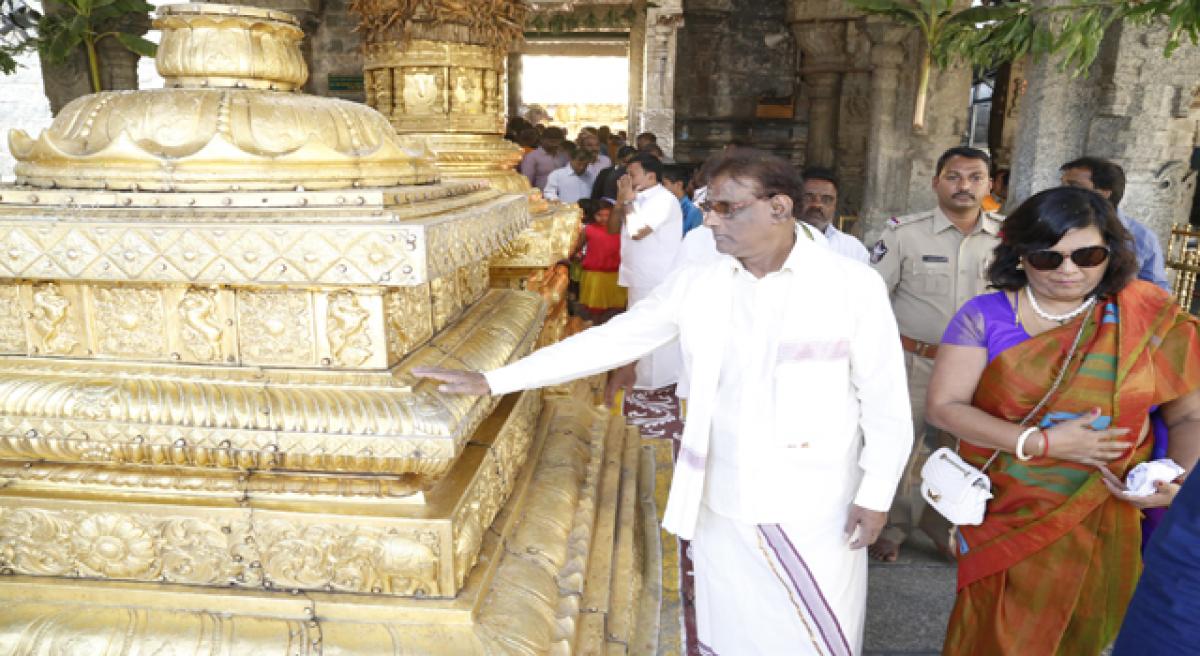 Vice-President of Republic of Mauritius Paramasivam Pillay Vyapoory visited Tirumala on Tuesday and offered prayers to Lord Venkateswara. He had Maha Laghu darshan of the presiding deity like any other common pilgrim.

Tirupati: Vice-President of Republic of Mauritius Paramasivam Pillay Vyapoory visited Tirumala on Tuesday and offered prayers to Lord Venkateswara. He had Maha Laghu darshan of the presiding deity like any other common pilgrim.

However, on his arrival at the temple, officials have welcomed him with temple honours and led him to the sanctum sanctorum. Later, speaking to the media outside the temple, Paramasivam said that it was a great experience to visit Tirumala to seek the blessings of Lord Venkateswara.

Speaking on the occasion, he said most of the people of Mauritius were Hindus and from the States of Bihar, Andhra Pradesh, Tamil Nadu, Maharashtra and Uttar Pradesh and there is strong association between India and Mauritius.

President of India Ram Nath Kovind will be the Chief Guest for Independence Day celebrations of Mauritius this year, Paramasivam disclosed. With India’s cooperation Mauritius was implementing so many development works.

On July 1, this year 108-feet statue of Lord Venkateswara which will be the tallest in the world will be inaugurated, he said. He said Chief Minister N Chandrababu Naidu has been inaugurated to attend the function as the chief guest.

Meanwhile, former President of Sri Lanka Mahinda Rajapaksa also reached Tirumala and was accorded welcome by Tirumala JEO KS Sreenivasa Raju. He will have darshan of Srivaru on Wednesday.