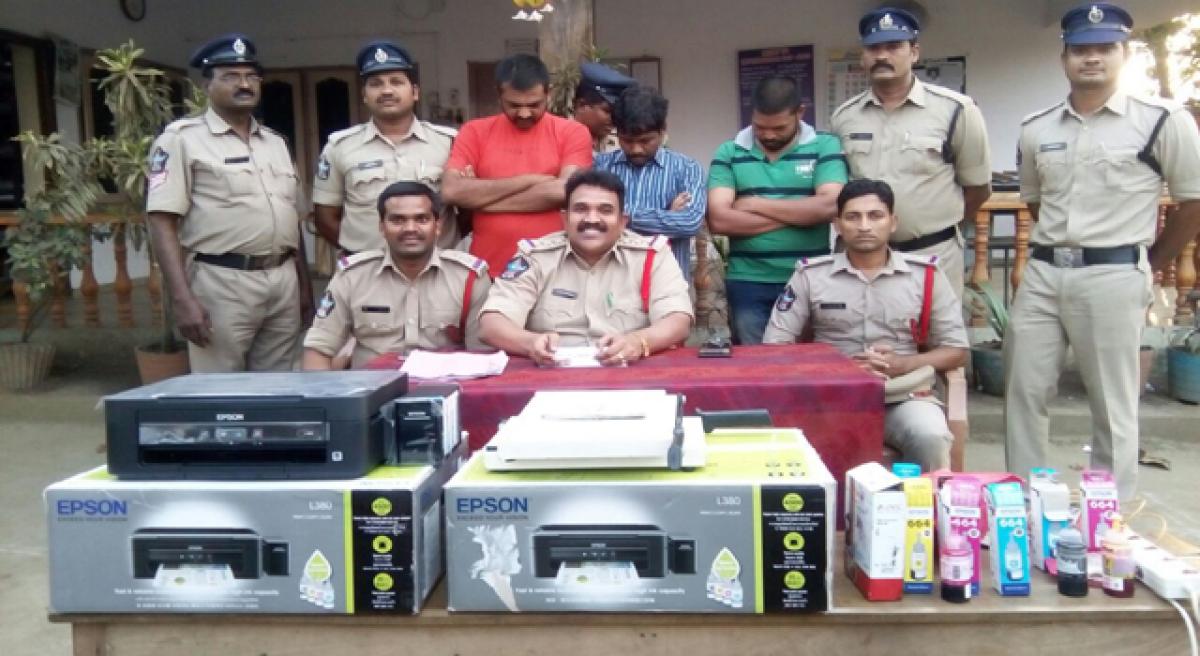 But the accused Sigarapu Chittibabu and Polepalli Kishore Babu attacked the police team. Following this, police fired two rounds in the air to nab the culprits, he added. They seized Rs 2 lakh fake currency from the accused in the denomination of Rs 2,000 Rs 500 Rs 200 and Rs 100.

At that time, another accused Sandra Venkateswara Rao, who came to the spot to take the fake notes, fled the spot after seeing the police. The Kovvuru CI formed a team to nab the other culprits in the case. Police arrested Varada Simhadri Naidu (Vijayawada), Degeala Satya Trimurthulu (Eluru) on March 12 in Devarapalli, Mannem David Raju in Chirala on Tuesday. The CI said that the police seized printers that were used to make the fake currency notes, paper cutters, paper from their possession.

After strict vigilance, the police found these accused in Devarapalli centre and arrested these four and the fugitive Sandra Venkateswara Rao also. Police seized colour printer Rs 23,000 cash from the accused, CI said. A case has been registered in this regard, he added.