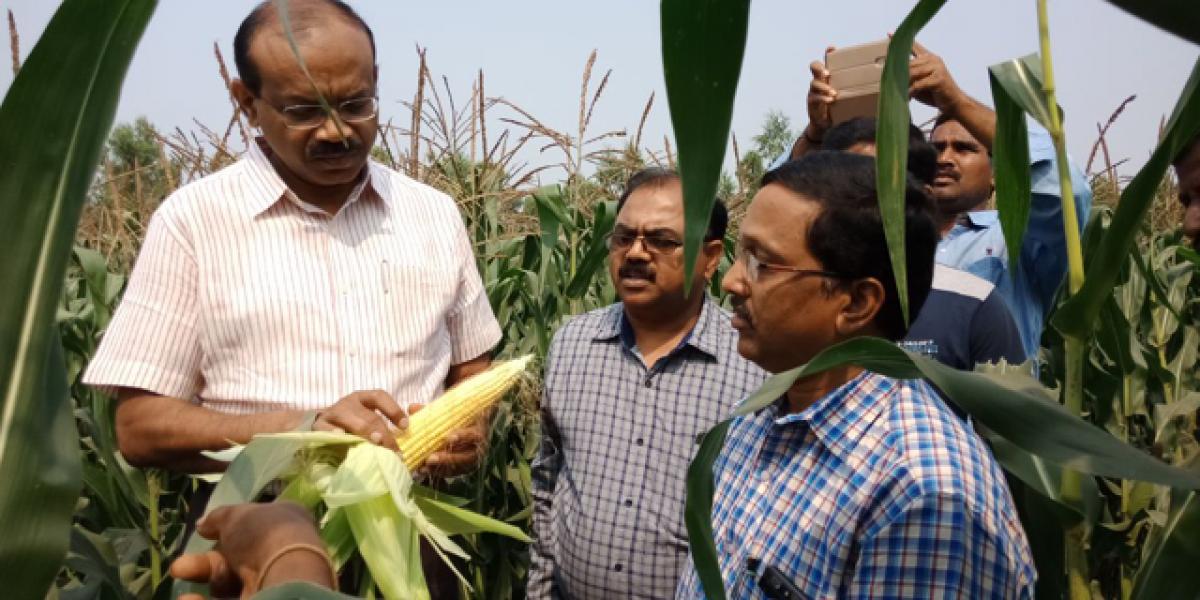 Interacting with farmers from villages of Ranasthalam and Laver mandals here on Tuesday, he said that such crops would be suitable as they require less water for cultivation.

He wanted to know how far the farmers were utilising ID crops instead of the traditional crops during the rabi season in the wake of water scarcity in the district.

Speaking on the occasion, the District Collector expressed his happiness over the fact that several farmers were going in for ID crops particularly maize during the rabi season. He said that the extent of maize cultivation was also enhanced during this year to 57,000 acres as against 30,000 acres last year.

It was made possible only with 50 per cent subsidy on maize seeds and water for rabi season from Thotapalli and Madduvalasa projects. Srikakulam district stood in first place in maize productivity as its average produce for per hectare is 5,400 kgs, the District Collector explained.

With cultivation of maize, every farmer can earn Rs 20,000 profit from one acre which is impossible with paddy, said Joint director of the agriculture department G Rama Rao.

Interacting with the District Collector, farmers P Appala Naidu, B Venkatesh and others said that they were incurring heavy losses with the cultivation of paddy every year and this year, on the advice of the officials concerned, they decided to replace the paddy with the ID crop and earned profits.

They appealed to the District Collector to strive for reasonable price for maize. Agriculture department officials BV Tirumala Rao and Chandra Rao were also present on the occasion.