Fight over promises will go on till Centre does justice: Naidu 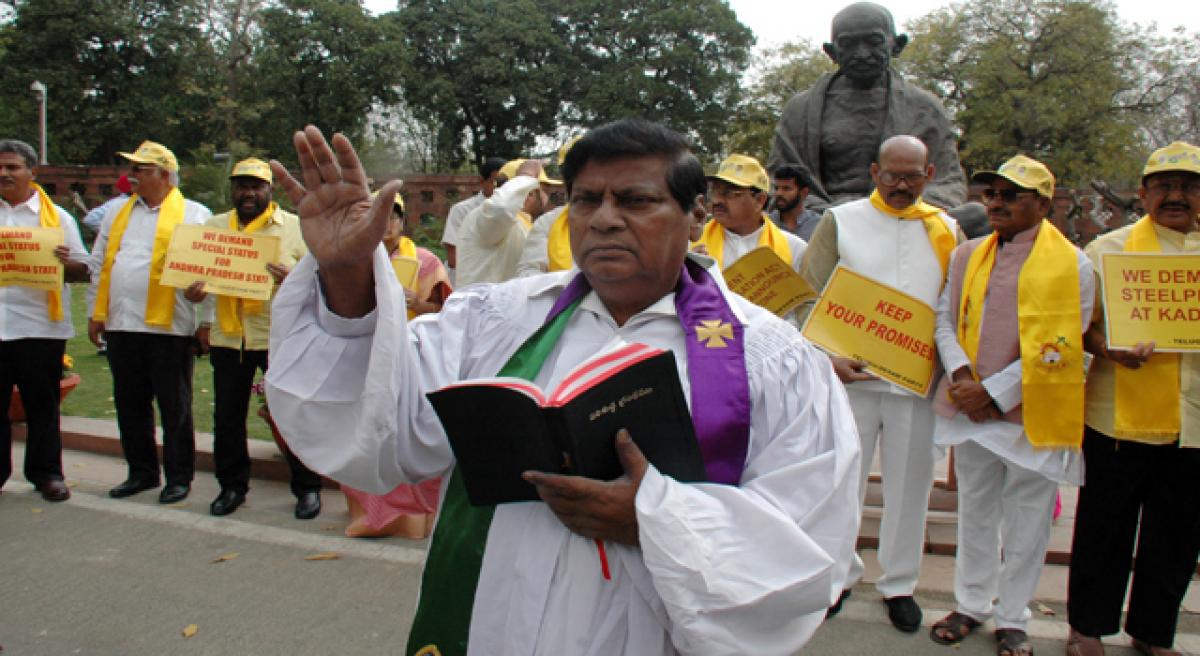 TDP supremo and Chief Minister N Chandrababu Naidu stated that the fight for promises being made in AP Reorganisation Act will continue both in Parliament and in the State till the Centre do justice to Andhra Pradesh.

Amaravati: TDP supremo and Chief Minister N Chandrababu Naidu stated that the fight for promises being made in AP Reorganisation Act will continue both in Parliament and in the State till the Centre do justice to Andhra Pradesh.

In a teleconference with MPs on Wednesday, Naidu observed that the attitude of BJP and leaders at the helm of decision making in the Central government was not tolerable.

A day after passing a resolution on “Implementation of AP Reorganisation Act” in the Assembly, the Chief Minister organised a meeting with the party MPs, ministers, MLAs and other key leaders and suggested the MPs to intensify their protest in the Parliament and directed them to utilise every chance for the benefit of Telugu people.

“This was unfair on the part of Central government that they did not discuss the injustice done to AP in the Parliament,” Naidu observed and added the attitude of Union ministers was further demoralising the public.

Naidu maintained that he would not give up the fight against Central government till the state gets justice. “Here in Legislative Assembly, Legislative Council and there in Lok Sabha and Rajya Sabha should focus on the AP issues only,” Naidu mentioned while explaining the phased strategy to be implemented on the part of ongoing agitation demanding justice to the state.

Those who compromise it would remain as guilty in public domain, he observed while criticising the YSRCP chief Y S Jaganmohan Reddy. Naidu observed “The Union ministers were not giving appointment to TDP MPs who were seeking it to represent the public issues. On the other hand, they were allowing the Opposition YSRCP MPs to meet them.

This was unfair. Who is their alliance party? Either the TDP or the YSRCP? The public suspecting it is an insult to Telugu people.” All the Telugu people across the country were observing the developments and questioning the BJP for violating its promises in implementing them with true spirit, Naidu stated.