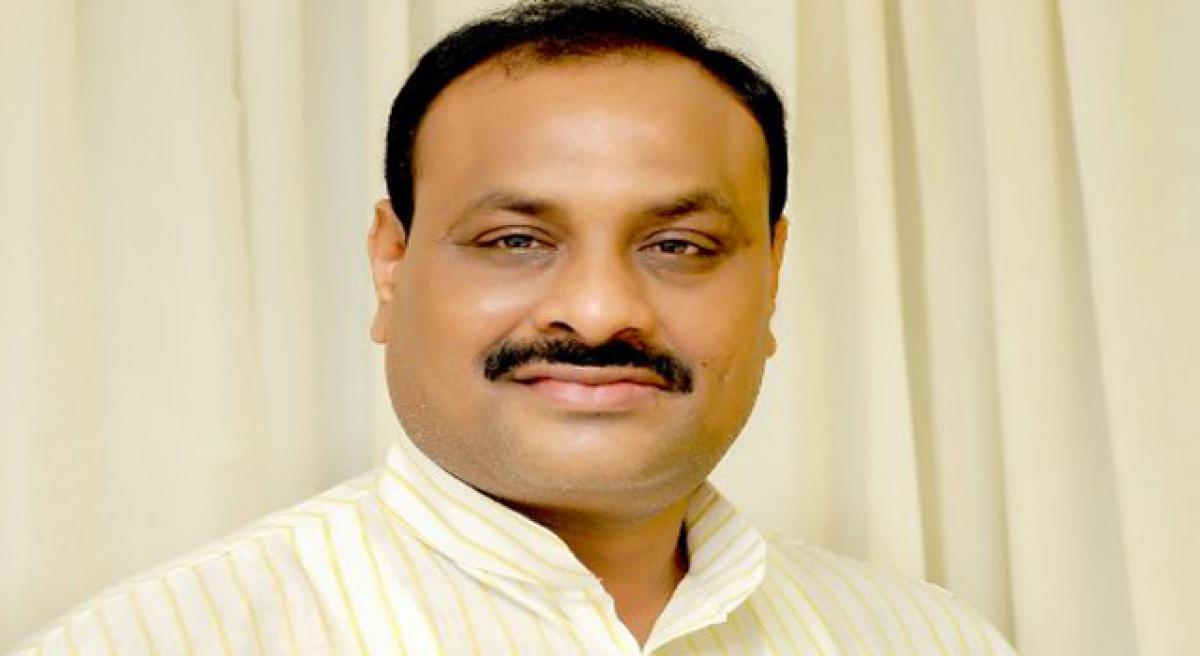 Minister for BC Welfare and Transport K Atchannaidu said on Tuesday that the State government is contemplating to form Economically Backward Classes (EBC) Corporation to render financial assistance to the poor students belonging to upper castes which include Kamma, Reddy and Velama and other categories.

Amaravati: Minister for BC Welfare and Transport K Atchannaidu said on Tuesday that the State government is contemplating to form Economically Backward Classes (EBC) Corporation to render financial assistance to the poor students belonging to upper castes which include Kamma, Reddy and Velama and other categories.

The minister was replying to a question raised by MLCs Gangula Prabhakar Reddy and Vennapusa Gopal Reddy in the Legislative Council who had asked whether the State government had launched schemes to provide financial assistance to the students belonging to upper castes.

Atchannaidu has said that the State government allocated Rs30 crore to Vysyas in the budget and it already constituted Brahmin Corporation for the welfare of Brahmins. He said the State government is committed for the development of all sections and caste is no bar for allocation of funds.

He admitted that many poor students belonging to Kamma, Reddy, Velama, Vysya, Brahmin and other communities need financial help to pursue education. He informed the House that the State government had sanctioned Rs.30 crore for the development of BC study circles in the state and sanctioning funds for Kapu Corporation, Minority Corporation and other institutions.

He reminds the members of the House that the Government is allocating Rs 1,000 crore to the Kapu Corporation and helping the Kapu students to study higher education in foreign countries.

MLCs Boddu Nageswara Rao, Chikkala Ramachandra Rao, A S Ramakrishna, YVB Rajendra Prasad and others also spoke on the occasion. They said many poor students belonging to the upper castes had been facing many hardships and they need financial support to pursue education.

The minister has further said that Rs.664.65 crore was spent benefiting 1.90 lakh EBC students in 2017-18, and Rs 263 crore allocated to provide financial assistance to the Economically Backward Communities (EBC) under self-employment schemes, skill development and training and free coaching for civil services examinations for the year 2017-18.

MLC Katti Narasimha Reddy pointed out that the government is not spending the budget allocations and diverting the same for other purposes. Replying to it, Minister for Social Welfare Nakka Ananda Babu has said there is no scope for diversion of funds. He made it clear such cases were never reported in the State and budget allocations made for Social Welfare are being used as per the norms.