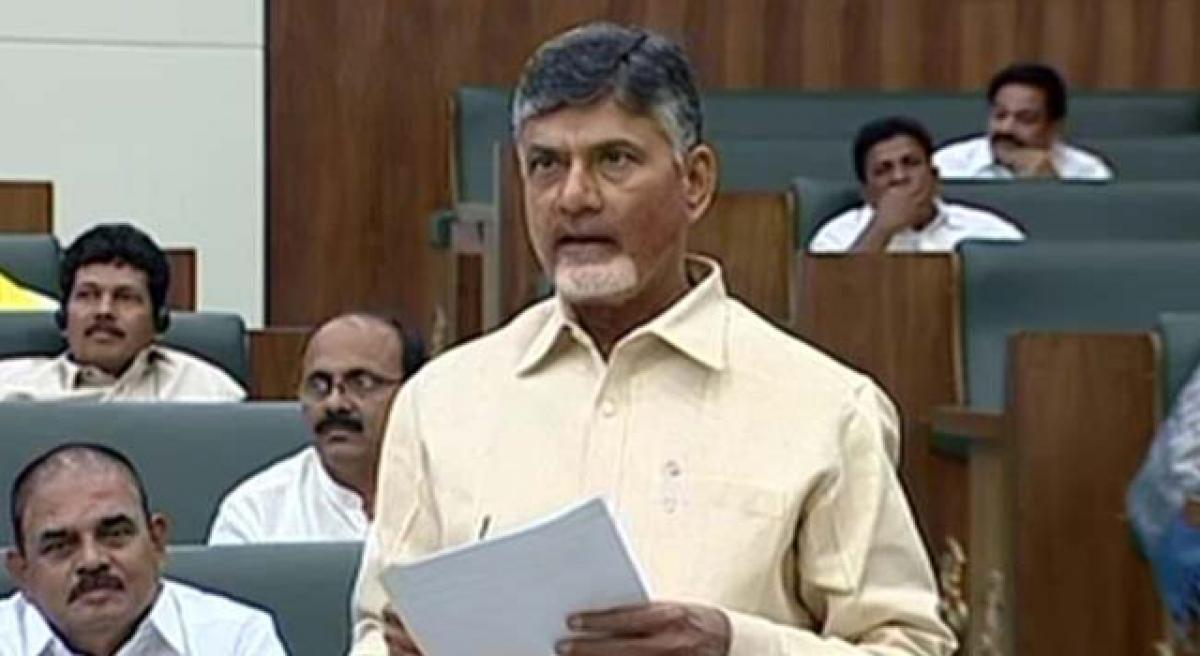 When the BJP members tried to protest the Chief Minister’s comments against the Centre, Chandrababu Naidu asked how come Prime Minister’s Office was shielding offenders (YSRC leaders). Naidu also said that people of the state would not tolerate the Centre if it tries to stall Polavaram project works.

Speaking in the Legislative Council, Chandrababu Naidu said that Jana Sena chief Pawan Kalyan was making baseless allegations against him with the support of BJP on Polavaram issue while YSR Congress MP V Vijayasai Reddy was threatening that he would send me to jail. “While sitting in the Prime Minister’s Office, Vijayasai Reddy says he will send me to jail. How can the PMO allow this?” Naidu asked.

The Chief Minister said that he, his son Lokesh and his family members were never involved in any act of corruption. “I do not allow Lokesh to involve in administration. We did not take a single rupee from the government for our company,” Naidu said.

He said the BJP was carrying out a vitriolic campaign against him for demanding implementation of assurances made in the AP State Reorganisation Act and grant Special Category Status (SCS) to the state. The Chief Minister warned that people will not tolerate if any one tries to create hurdles and stall release of funds for Polavaram project.

The Chief Minister said the BJP, YSRCP and Pawan Kalyan were hobnobbing with one another to carry out a campaign of calumny against him. “I am not afraid of anything including cases. The BJP is making corruption allegation in the execution of Pattiseema project based on the CAG report.

Is the Centre ready to order a CBI inquiry because the CAG had found some irregularities in the execution of the project?” Naidu dared. He said that the estimates of Pattiseema rose because of using latest technology and the contractor was given only 5 per cent as incentive for completion of works in time. “Everything is transparent in Pattiseema,” the Chief Minister said.