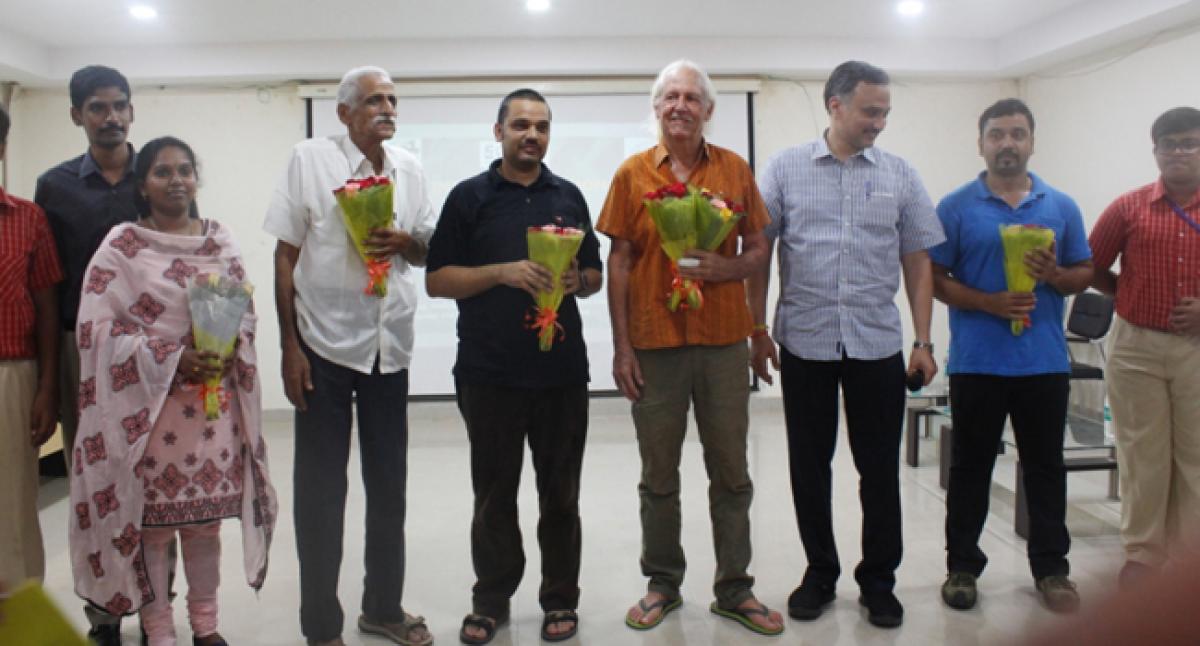 Romulus Whitaker stressed on the importance of knowing four common venomous snakes in the country including Cobra, Krait, saw-scaled Viper and Russell’s Viper. He also explained about the do’s and dont’s in case of a snake bite incidences.

He also briefed various facts related to snakes which are not very well known in the rural India and the need to create awareness among villagers on capturing snakes and releasing them with the help of Forest department officials and certified snake catchers.

Hailed as Snake man of India, he has devoted 60 years to reptile research and conservation as he believes that snakes and other species cannot survive without their habitats. Whitaker said that he caught a snake at the age of four, that is how his love for reptiles has started.

He showed videos on Indian snakes and explained how to save the snakes. “Live me alone” is what he perceived from the appearance of a snake, but a common man always perceives as intimidating. That is his call for the public to be humble with the reptiles.