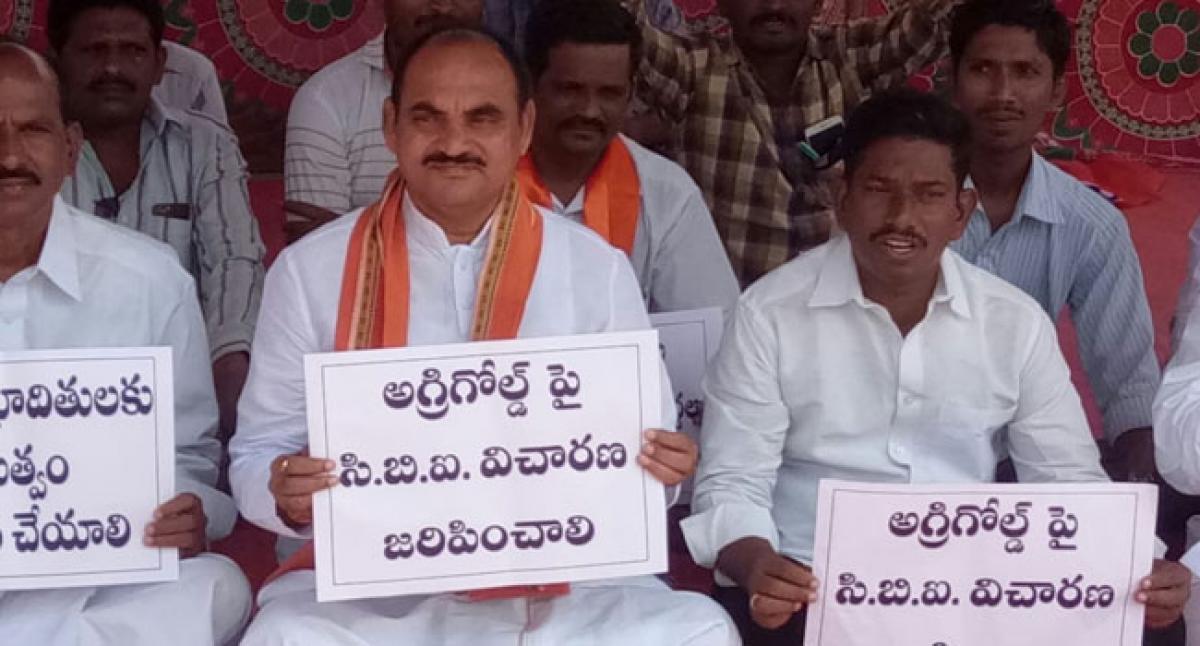 Anantapur: BJP workers staged a demonstration in support of AgriGold victims under the leadership of BJP district president Ankal Reddy here on Thursday.

Speaking on the occasion, Ankal Reddy demanded that the TDP government should order for a CBI probe into the infamous financial scandal involving some 13 lakh victims throughout the country.