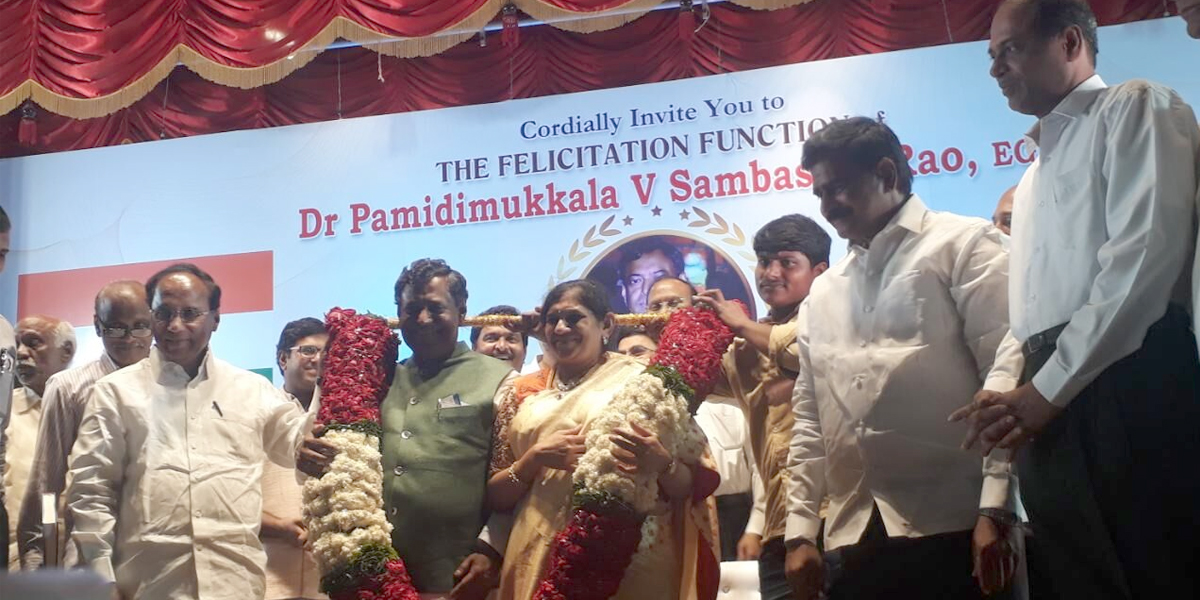 Vijayawada: Pamidimukkala Venkata Sambasiva Rao from Tenali was honoured by ‘Elder of the Order of the Golden Heart’ (EGH) in Kenya for the invaluable service and a Doctorate degree in humanities.

He is the first Asian to receive Kenya's prestigious award which is equal to our own Bharata Ratna.

In an exclusive interview to the Hans India Sambasiva Rao said that he hails from a small village Vellaturu near Tenali, completing his post graduation from Chennai.

He was offered a manager's job in a Kenyan company during the International Leather Fair held at Chennai in 1982.

Sensing the potential in the leather processing business he set up his own firm `Alpha Rama Limited' in 1995 based at Nairobi.

The company basically dealt with the technology to convert raw leather into processed leather and by training entrepreneurs he could create employment to about a 50,000 people in Kenya.

He said that he is holding many respectable posts and was recently appointed as central coordinator of Africa, Sathya Sai International Organisation (SSIO), operations.

He is the Director of Kenya Labour Development Board, Kenya Tanners Association chairman and Member of Kenya Vision 2030 Special Task Force.

Recalling that it has been 32 years since he relocated to Kenya, he said that there are many job opportunities as the nation is fast growing.

The first temple of Lord Venkateswara was built in Kenya in the entire Africa.

As a service towards the birthplace he has adopted his mother's birthplace Sajjavaripalem and built about 450 toilets and the village is open defecation-free (ODF) now.

He had planned to plant saplings in the village. During the last few years he has introduced a scholarship programme to the medical students who were financially weak and distributed Rs 12.5 lakh to about 5 students besides renovating government schools and laying of roads.

He said that his company Alpha Rama has become a leading company in the Central Africa region with more than 600 employees on its rolls. Much of the raw leather is processed in Kenya itself, saving the huge export cost and the high-priced finished product.

Today, Alpha Rama exports its processed leather to a number of countries, including India. Thirty-five per cent of our exports go to China, despite stiff competition and aggressive marketing by other players, said Rao.