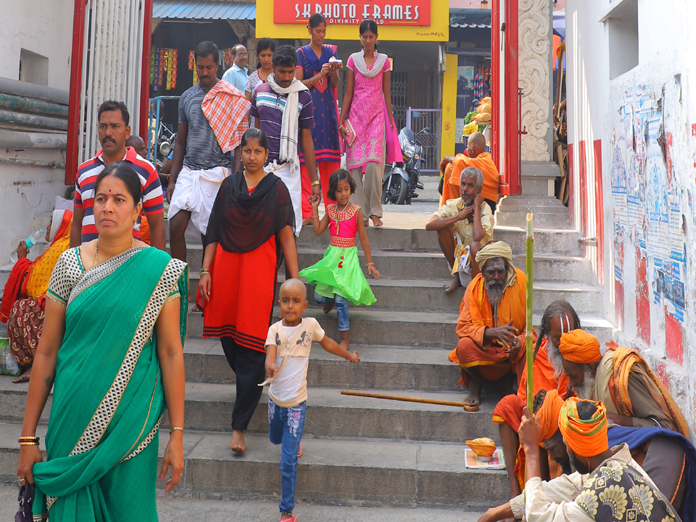 MCT Commissioner V Vijaya Rama Raju held talks with representatives of the voluntary organisation, RASS in this regard The RASS proposed to the MCT that they would provide food, periodical medical checkup and training in various trades to beggars, besides, providing them clothes

Tirupati: The Municipal Corporation of Tirupati (MCT) is planning to make pilgrim city as beggar-free. It may be noted that hundreds of poor people from Anantapur, Kurnool and western mandals of Chittoor district and also from Tamil Nadu State are arriving here and settling as beggars for their livelihood. They were seen begging at railway station, bus station and at various junctions and crowded places in pilgrim city every day.

During the nights, beggars sleep on pavements. Eradication of begging has become a challenge for the MCT officials. According to official sources, more than 2,00 beggars are surviving in the city through begging profession. After conducting a study, the civic officials have decided to rehabilitate the beggars by training them in various trades.

MCT Commissioner V Vijaya Rama Raju held talks with representatives of the voluntary organisation, RASS in this regard. The RASS proposed to the MCT that they would provide food, periodical medical check-up and training in various trades to beggars, besides, providing them clothes. The voluntary organisation expressed willingness to take up the ‘beggar-free project’ once the civic body accepts their proposal.

To implement the project, the RASS would provide shelter to beggars at Sishu Vihar campus on Kadapa-Renigunta highway. At present, the civic body is running two-night shelter homes but only few migrant workers are using the accommodation during the nights and working in day time.

Speaking to The Hans India, Vijaya Rama Raju said eradication of begging in Tirupati is a tough task. “It is a sensitive social issue which is linked to human rights. We are examining the problem from all aspects,” he stated.