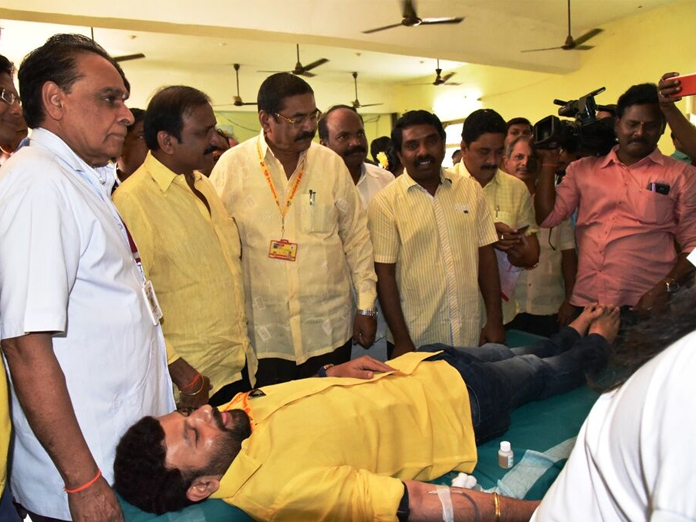 Eluru: A blood donation camp was organized to mark the 23rd death anniversary of TDP founder NT Rama Rao at the party office here on Friday.

MLA Badeti Bujji inaugurated the camp. He said blood donation is the best donation. Every youth should come forward to donate blood as it saves lives of many persons in danger.

He paid rich tributes to NTR at another programme by cleansing NTR portrait with milk.

Speaking on the occasion, Bujji said that NTR had founded a party known for discipline and self-respect. He developed into a party with principles and against corruption.

He had provided food for the poor on subsidy. He spread the greatness of Telugu race worldwide. It was he who had helped women get the right on ancestral property.

Now, Chief Minister N Chandrababu Naidu had introduced more than 100 schemes for the welfare of the poor following the footsteps of NTR.

There is a need to elect him again as CM if the developmental activities of the State have to continue, the MLA averred.