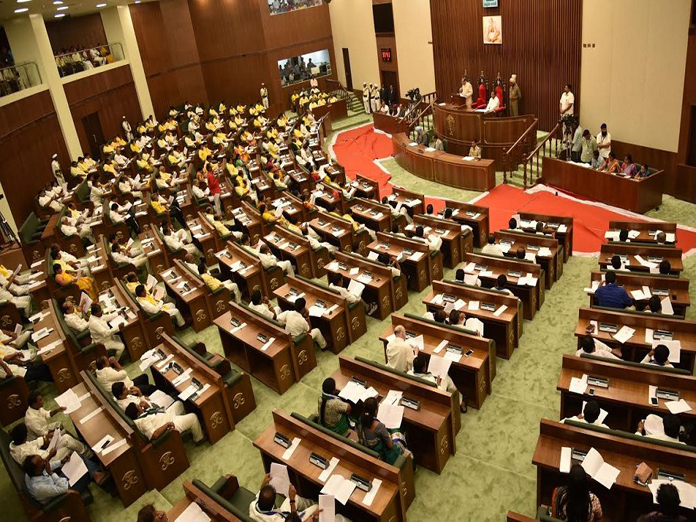 Amaravati: The last day of the present session of Andhra Pradesh Assembly concluded with full of emotions and greetings amongst the members on Friday.

This is 13th Session of the present Assembly for the last five years. All the MLAs and Ministers in the Assembly have given standing ovation to the Chief Minister N Chandrababu Naidu after his last address in the House.

All the members in the Assembly raised voice by saying, ‘Meere Ravali.’ After completing the session, all the MLAs and Ministers attended a photo session at the Assembly lawns along with Speaker Kodela Sivaprasada Rao.

While delivering the concluding address, Speaker said that he bothered on two issues despite discharging his duties perfectly for the last five years. Sivaprasada Rao said that the brutal killing of sitting member Kidari Sarveswara Rao by the Maoists and absence of opposition YSRCP MLAs to the House for the last four sessions worried him.

He said that he invited them to the Assembly whenever the sessions began, but he did not know the reason why they did not attend. Reacting on the demand of Chandrababu Naidu that how did the YSRCP MLAs were able to take the salaries without the attending the House, Sivaprasada Rao said that though he could take action on them, he left it to their choice.