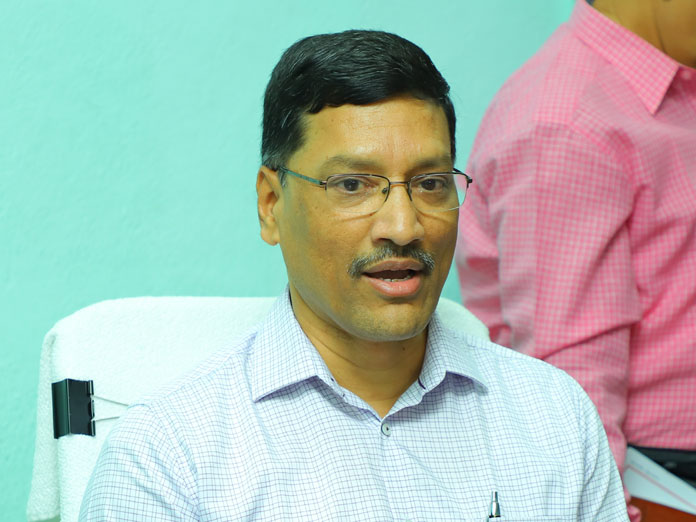 Tirupati: The Vice-Chairman and Managing Director of APSRTC N V Surendra Babu said that the corporation has asked the State government to provide allocate a budget of Rs 660 crore to the RTC to buy new buses.

They need Rs 250 crore to buy 1,000 new buses to increase the fleet as the occupancy ratio (OR) on the whole has reached to 78 per cent. The remaining amount was required to replace some of the existing old buses.

Speaking to the media in Tirupati on Monday, he said that they had asked the government for the funds and expecting them in the next full budget.
RTC has also decided to construct a ‘Bus Port’ a la Airport in Tirupati for which they have been looking for 15 acres of land from the district revenue authorities.

Once they get the land, the works will be taken up with the budget support of Central and State governments and vigorous efforts were on to initiate the project soon. The MD said that they would introduce 80 electric buses between Tirupati and Tirumala soon. These AC buses will provide pleasant journey to the pilgrims.

Responding to a query on the sharing of assets between AP and Telangana after bifurcation, he said the Sheila Bedi Committee which looked into the subject has recommended the share for APSRTC in six assets worth Rs 850 crore out of 14 assets worth Rs 1,200 crore.

Still, the Corporation has been insisting for share in the RTC Central Hospital located at Tarnaka in Hyderabad. The two State governments have to deliberate on the recommendations of Sheila Bedi committee and arrive at a final decision.

In the meantime, the RTC had proposed a regional hospital in Tirupati, which has been under the pursuance of civil engineering department. Apart from all RTC bus stations, all RTC buses will also be equipped with security cameras in due course. RTC will proceed on priority basis in this regard and calling for tenders to buy new buses by including the provision of cameras in the buses.

The AC and long distance services will also be provided security cameras, he maintained. He said that the RTC has 12,100 fleet (different types of services) including 2,500 hire buses, and by adding another 1,000 buses the fleet will reach 13,100.