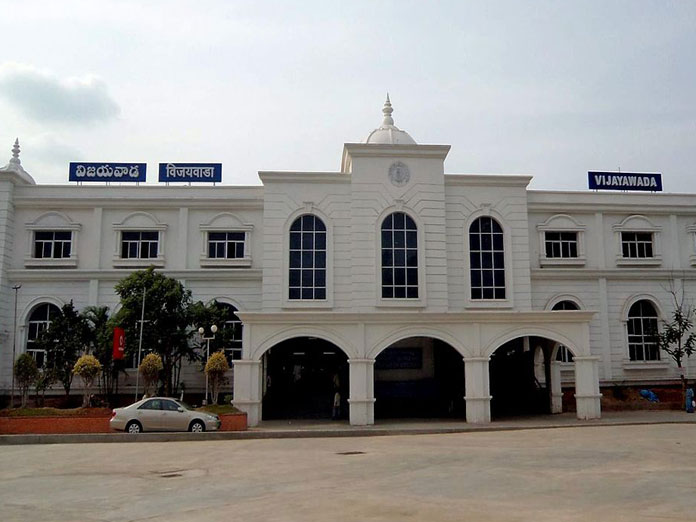 Vijayawada Railway Division with gross earnings of Rs3,748 crore for the financial year 201718 will play an important role in the earnings of the newly created South Coastal Zone with head quarters in Vizag

Vijayawada: Vijayawada Railway Division with gross earnings of Rs.3,748 crore for the financial year 2017-18 will play an important role in the earnings of the newly created South Coastal Zone with head quarters in Vizag.

Due to its location and other reasons, the income of Vijayawada division has been increasing steadily over the years. As per the announcement made by Railway Minister Piyush Goyal on Wednesday, Waltair division will be divided into two parts and one part will be merged with the Vijayawada division.

Three divisions Vijayawada, Guntur and Guntakal which are part of the South Central Railway are carved out and now formed as new Zone known as South Coastal Zone with head quarters in Vizag.

Creation of new Railway zone with head quarter Vizag is the long pending demand of the people of North Coastal districts. But, the Railway Minister announced that Waltair division will be split and some areas will be merged with the new zone and others will be in the East Coast Zone.

Coal belt areas like Koraput will be in East Coast Railway. Consequently, East Coast zone naturally gets revenue of Rs.7,500 crore a year. The Waltair division will not get revenue on minerals transportation in Chattisgarh and Odisha. The people of AP are not happy with the split of Waltair division.

Waltair division located in Andhra Pradesh can generate revenue over Rs.500 crore mainly on passenger fares. In spite of losing rich mineral areas to East Coast zone, the newly formed South Coastal Zone can generate revenue of over Rs.8000 crore a year as Vijayawada and Guntakal divisions have rich potential for income due to transportation of food grains, coal to thermal stations, iron ore to Krishnapatnam port and other products.

Vijayawada division income crossed over Rs.4500 crore this financial year, while Guntakal revenue division can earn over Rs.3000 crore year due to transportation of iron ore and other raw materials. Guntur division was formed in 2003 and has lesser income compared to two other divisions.
G N Srinivasa Rao, Secretary, Mazdoor Union, Vijayawada division said new Railway zone with head quarter in Vizag has some advantages to the State as the officials based at Vizag and political leaders of the State can lobby for development of infrastructure facilities.

He said though the SC Railway is bifurcated, there will be no impact on the revenue of Vijayawada railway division. He said income will increase with the development of capital Amaravati and construction of new ports like Machilipatnam and Ramayya patnam in future. A senior Railway office supervising the commercial activities said Vijayawada Railway division which has two important ports the Krishna patnam and Kakinada in its jurisdiction will play very important role in earnings of the new Zone.