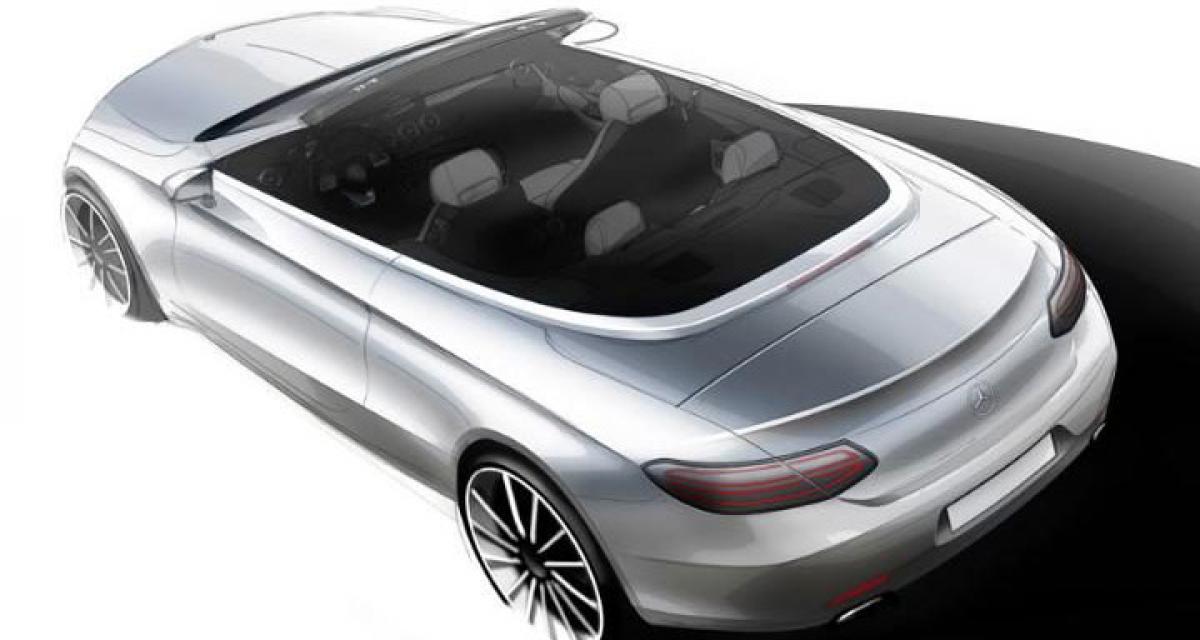 Mercedes-Benz has released an official design sketch that previews the upcoming C-class Cabriolet, slated to make its global debut at the Geneva Motor Show next month.

Mercedes-Benz has released an official design sketch that previews the upcoming C-class Cabriolet, slated to make its global debut at the Geneva Motor Show next month.

Set to join the sedan, coupé and wagon versions of the fourth-generation C-class in the ever-burgeoning Mercedes-Benz line-up, the C-class Cabriolet has been spotted testing earlier.

While the car's styling remains similar to that of the C-class Coupe, a longer rear deck is expected, as well as a windscreen-mounted air deflector and a deployable wind break. The car's interior will be identical to that of other C-class models.

Mercedez-Benz will offer the rear-wheel-drive, soft-top convertible with the same six-cylinder petrol and four-cylinder diesel engines as the coupé. Included in the line-up will be a C450 Sport model, which will feature a 362bhp, 3.0-litre twin-turbocharged V6 engine, capable of reaching 100kph in less than five seconds.

A plug-in hybrid model based on the C350e is also planned. A high-performance Mercedes-AMG C63 Cabriolet should join the range before the end of 2016. Like the sedan, it is expected to be powered by AMG's twin-turbocharged 4.0-litre V8 engine making 469bhp in standard form and 503bhp in the range-topping C63 S guise. The 2016 C-class Cabriolet is set to go on sale in international markets later this year.