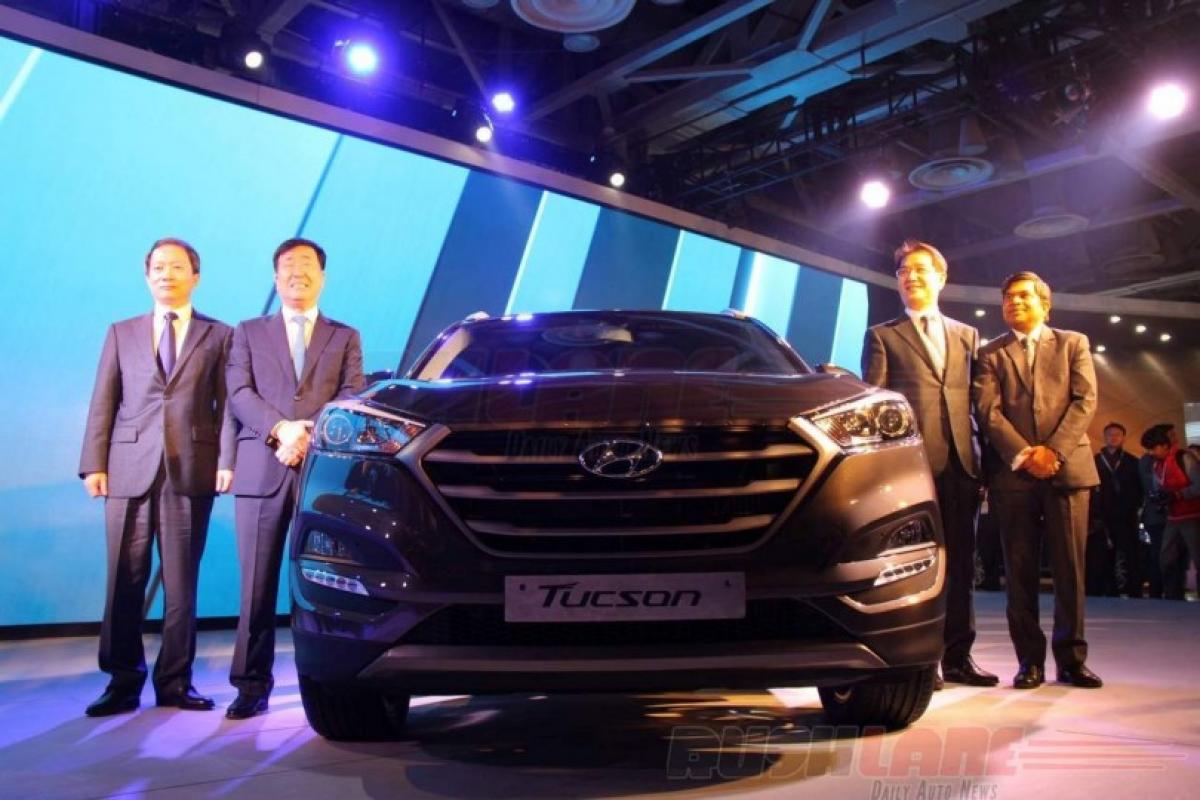 Tucson is not an unheard name in the Indian auto industry. Hyundai Tucson was on sale a couple of years ago in India. But was discontinued due to low sales. The sales were low becuase the Tucson came in with a high price tag, thanks to low localization levels.This time around, Hyundai India is going to price the Tucson much more aggressively. So much so that it will be able to rival the likes of top end variants of Mahindra XUV500. Hyundai is aiming to achieve a 50% localization level for Tucson.

Set to come in priced between INR 17-22 lakhs, 2016 Hyundai Tucson SUV will be slotted between Hyundai Creta and Hyundai Santa Fe. It will take on Mahindra XUV500, Ssangyong Rexton, and Honda CR-V. Measuring 4,475 mm in length, 1,850 mm in width and 1,645 mm in height, the new Hyundai Tucson will sit on a wheelbase measuring 2,670 mm in wheelbase while boot space will stand at 513 liters.

Expected to be offered only with a 2.0 liter diesel engine, Tucson will offer enhanced level of refinement, better interior comforts and added power and performance. This will appeal to buyers in the country to make the third generation Hyundai Tucson a resounding success.

Engine specifications on 2016 Hyundai Tucson includes a 2.0 liter CRDi engine in two sets of tunes, one offering 136 PS peak power and the other 184 PS power while it will receive transmission options of a 6 speed manual and an automatic gearbox. This diesel engine with displacement of 1,995cc will allow the company to sell the 2016 Hyundai Tucson in those regions where ban on larger diesel engines has been introduced.