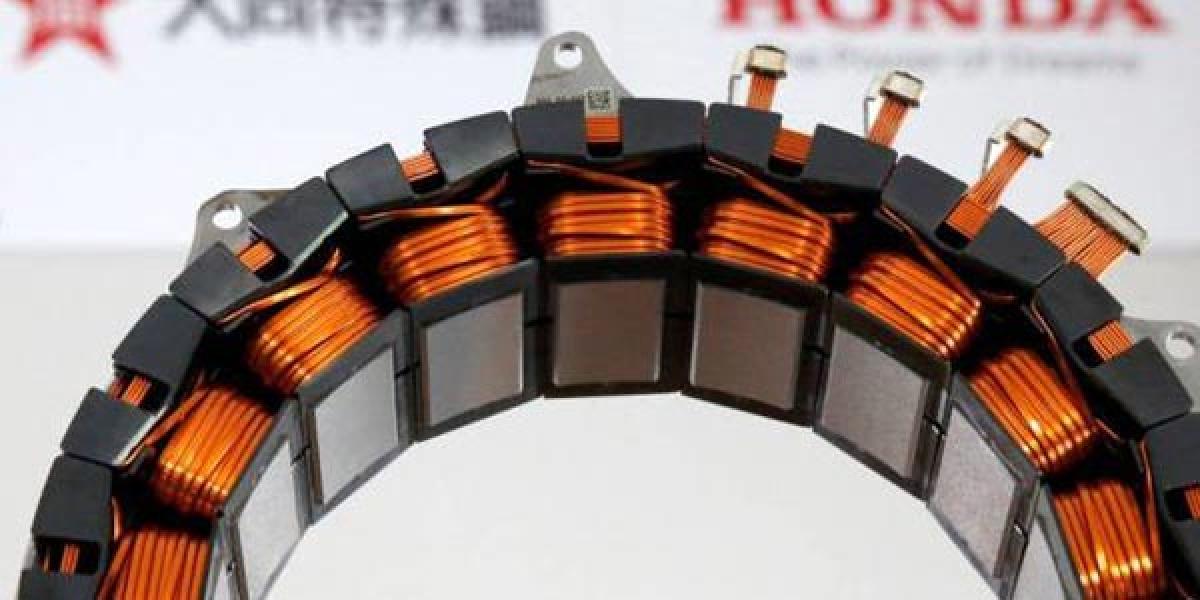 Honda began working on distancing itself from heavy rare earth metal usage in motors about a decade ago -- a journey that reached a significant milestone this week.

Honda began working on distancing itself from heavy rare earth metal usage in motors about a decade ago -- a journey that reached a significant milestone this week.

The automaker, along with Daido Steel, a Japanese company, has developed a hybrid motor that does not use heavy rare earth metals. The two companies said that this is the first time such a motor will be used in hybrid vehicles.

Honda's motivation for reducing heavy rare earth metal use in hybrid motors was born out of a need to decrease dependence on China.

Rare earth elements are not actually rare, but their production is expensive and hazardous to the environment -- factors that have worked in China's favour and helped it become the largest producer of rare earth in the world.

The Asian country has a monopoly over rare earth mining by leveraging factors such as low labour costs and loose environmental regulations. The country now supplies about 90 per cent of the world's rare earth elements.

Honda's need to move away from Chinese supply of rare earths was fueled further in 2010 when Beijing imposed a temporary ban on exports of rare earth minerals to Japan when the two nations were engaged in a territorial dispute. Though the ban was lifted soon after, the experience taught the Japanese an important lesson -- dependence on China could hurt.

For auto makers, rare earth metals are important as they are used in the production of permanent magnets used in electric motors that run hybrid and electric vehicles (EVs).

The new motor developed by Honda has a neodymium magnet with high heat resistance properties -- a crucial requirement in hybrid cars. Since the motor provides the entire motive power when the vehicle is running in electric mode, the motor tends to heat up and needs to be able to manage heat efficiently.

Neodymium is a light rare earth element that is found in North America and Australia, apart from China.

The neodymium magnets are made with a hot deformation process, instead of the commonly used sintering. Sintering is a process that uses heat to compress an element without liquefying it. Hot deformation technique is a process of strengthening of non-brittle metals with a high melting point performed above the metal's recrystallisation temperature, which allows the material to recrystallise during deformation.

This is important because recrystallisation keeps the materials from hardening, which ultimately maintains yield strength and high ductility.

Honda says the process "enables nanometer-scale crystal grains to be well-aligned in order to realise a fine crystal grain structure that is approximately 10 times smaller than that of a sintered magnet, which makes it possible to produce magnets with greater heat resistance properties."

This method is not new and has been tested before. Honda pushed the bar a little further by preparing to use hot deformation magnets in a production vehicle. The automaker revised the shape of the magnet and the rotor "to optimise the flow of the magnetic flux of the magnet".

The new motor will be installed on the latest Honda Freed that is expected to launch later this year.

Honda's attempt at reducing rare earth metal use in magnets reached its first milestone in 2012. The automaker had then claimed that it had achieved a 30 percent reduction by using a thinner layer of dysprosium, a heavy rare earth metal that helps motor magnets achieve stability at high temperatures. The reduced rare earth magnet motor is reportedly employed in the 2013 CR-Z sports hybrid coupe.

With the new motor that Honda has developed with Daido, the automaker has now fully moved away from dysprosium. The company press release this week said that the new motor does not contain dysprosium and terbium. This makes the magnets 10 percent cheaper and 8 percent lighter.

Clearly, apart from gains in cost, the new engine will also shield Honda from price fluctuations in materials used to produce it and cut its dependence on China.