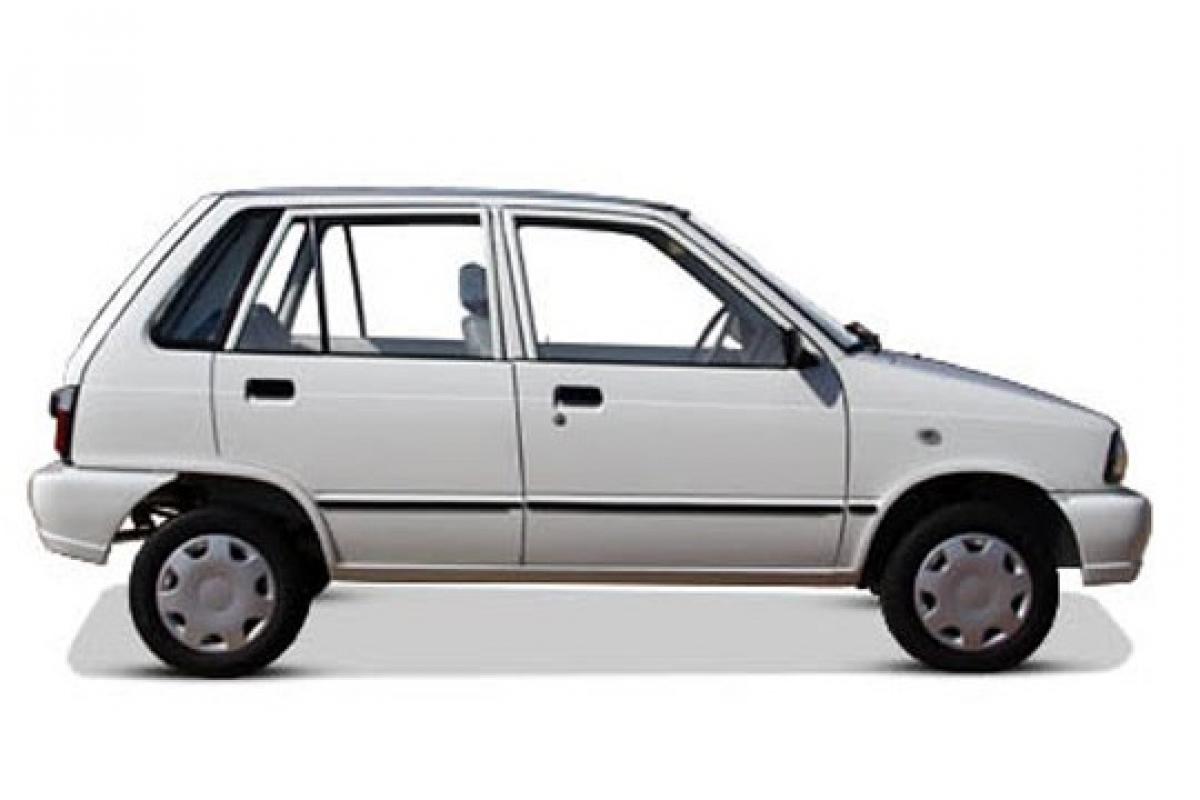 Vehicle snatching rate may be down by 57% to just 2,600 cases this year as against 4,497 cases in 2013 but Pakistani car thieves show favor towards white Suzuki Mehran (or what we know as the Maruti 800).

Vehicle snatching rate may be down by 57% to just 2,600 cases this year as against 4,497 cases in 2013 but Pakistani car thieves show favor towards white Suzuki Mehran (or what we know as the Maruti 800).

Suzuki Mehran (Maruti 800 in India) is the cheapest hatchback available in Pakistan. It is priced at around 630,000 to 753,000 PKR Pakistani Rupees (INR 4.03-4.68 lakh) which is quite economical as compared to other cars on offer in the country. As per information received from Karachi’s ACLC (Anti-car lifting cell) unit, it is this very model and that too in a white exterior color scheme that car thieves find very attractive.

Though thieves are also picking up models like Corolla, Hi-Roof, Suzuki Alto and Daihatsu Cuore in exterior color schemes of white, silver, grey, blue, black and red, it is the white Suzuki Mehran that ranks among the top stolen models.PakWheels reports that ACLC Chief, SSP Irfan Ali Bahadur has reiterated the drastic fall in stolen vehicles which once ranked at 13-14 vehicles per day and is now down to 9-10 vehicles. Recovery rate has also improved by 53% while a study has been conducted on the most likely timings, areas and days on which more vehicles are stolen.

Areas from where most 4 wheelers are stolen include Gulshan-e-Iqbal, Sharea Faisal, Taimuria, Shahrah-e-Noor Jehan, Ferozabad, Hyderi Market, Aziz Bhatti, Nazimabad, Darakhshan, Gulistan-e-Jauhar and Defence. Whereas most motorcycles were snatched from areas such as Nazimabad, Shara-e-Faisal, Korangi Industrial Area, Kharadar, Preedy, Azizabad, Arambagh, Jamshed Quarters, Soldier Bazaar, Gulshan and Surjani Town. Weekends are the most popular days for vehicle theft while early mornings and late evenings are when most vehicle thieves set out for plunder.The ACLC has set up camps and deployed policemen in areas where used vehicles are generally stolen to check such vehicles and ensure that documents are all in order prior to sales.