1 million happy customers for Hyundai i20 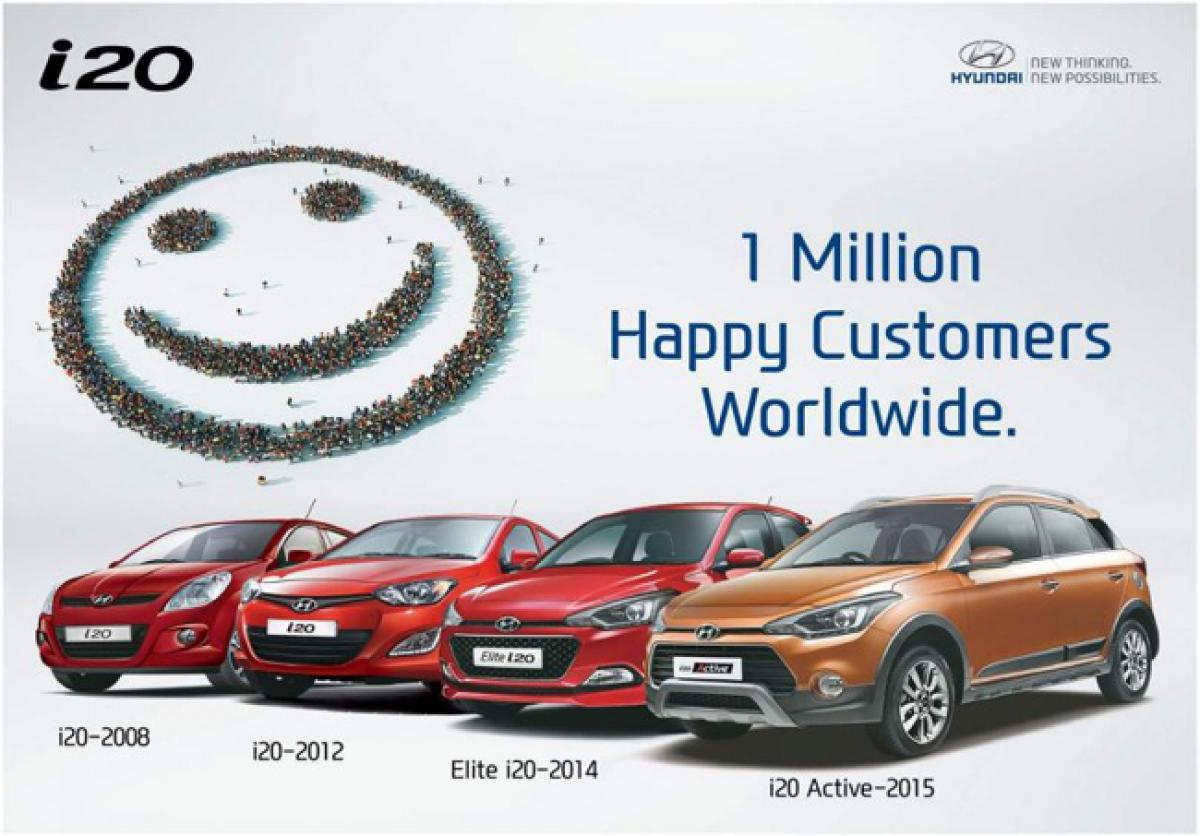 India’s second largest car manufacturer, Hyundai has achieved yet another sales milestone. Their i20 hatchback has surpassed the 1 million sales mark.

India’s second largest car manufacturer, Hyundai has achieved yet another sales milestone. Their i20 hatchback has surpassed the 1 million sales mark.

First launched in 2008, i20 is sold in two variants today – Elite i20 and i20 Active. It is being offered with 2 engine options in manual as well as automatic transmission choise.

For the model year 2016, Hyundai has updated the Elite i20. It now gets projector headlamps with cornering lights. It also gets LED daytime running lights as will be seen on the top end Asta (O) variant while Audio Visual Navigation system, 7” touchscreen display, Bluetooth, AUV and USB connectivity will also be evident on top end variants. Lower end variants get an LCD screen for infotainment.

Sporting a low-slung bonnet and wide front bumpers, the new Hyundai Elite i20 gets a honeycomb front grille with a hexagonal chrome lining, multiple spoke diamond cut alloy wheels and ORVMs. Interiors are done up in a dual tone colour scheme while instrument panel gets blue illumination with dual trip meter, tachometer, advanced cluster and warning indicators and knobs. Where safety features are concerned, 2016 HyundaiElite i20 Era to Asta (O) trims get dual airbags as standard.