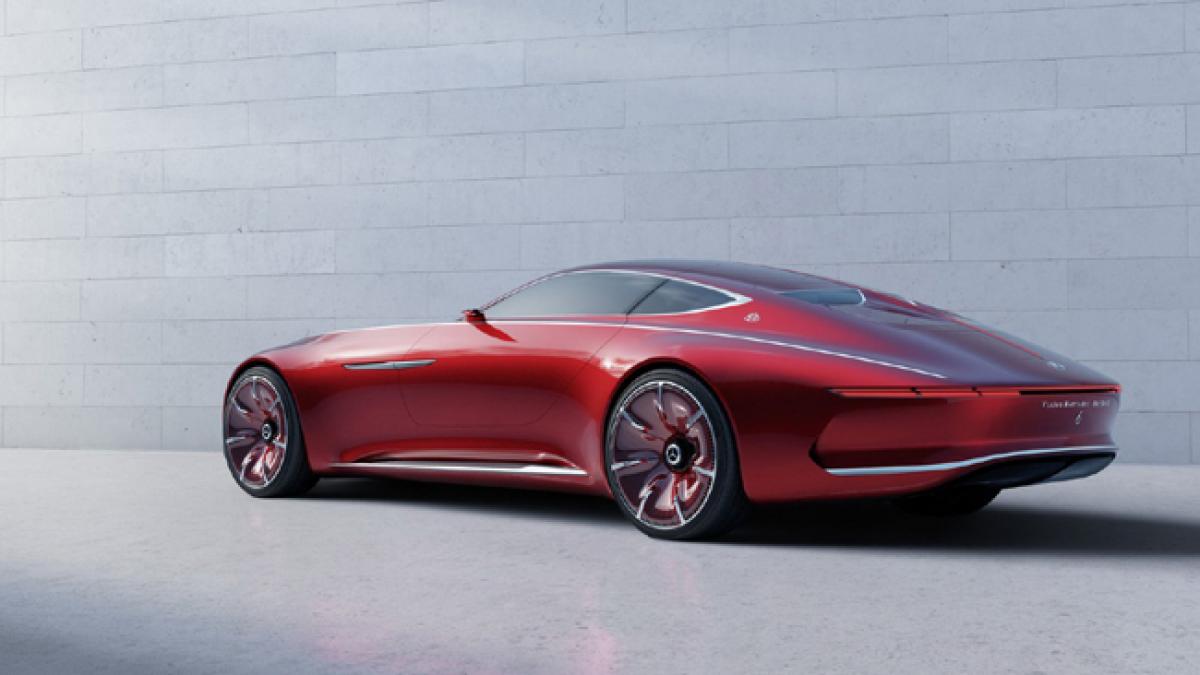 The imposing Mercedes-Maybach 6 design concept has been unveiled at the Monterey Car Week which will culminate at the Pebble Beach Concours D’Elegance on August 21st.

The imposing Mercedes-Maybach 6 design concept has been unveiled at the Monterey Car Week which will culminate at the Pebble Beach Concours D’Elegance on August 21st.

The 2+2 design study which pays homage to the old aerocoupes is almost 6 metres tall and comes shod with massive 24-inch alloy wheels and gull wing doors.

The concept is characterized by an incredibly long bonnet, a tight fitting coupe roof and a highly aerodynamic fastback rear end. The futuristic interior with a curved dashboard forms a 360 degree lounge. The base of the windshield acts as HUD and the dashboard is devoid of buttons.

Some elements of this striking design concept are expected to make their way into future production Maybachs. The concept is powered by four permanent magnet synchronous electric motors which have a combined power output of 750 hp. The floor-mounted battery pack is rated at 80 KWh and is claimed to be good enough for a drive range of 500 km.

Coming to performance, the majestic aerocoupe can accelerate from 0-100 kmph in 4 seconds and has an electronically-limited top speed of 250 kmph. The DC charging system based on CCS standard will allow the car to get charge worth 100 km in just 5 minutes.

The Mercedes-Maybach 6 is the first in a series of visionary show cars to come from the German automaker’s flagship brand.