With the imminent implementation of the Goods and Services Tax (GST), the country’s largest carmaker Maruti Suzuki is exploring cheaper ways to transport its cars in order to optimise its carriage costs.

With the imminent implementation of the Goods and Services Tax (GST), the country’s largest carmaker Maruti Suzuki is exploring cheaper ways to transport its cars in order to optimise its carriage costs.

Thus, after shipping a record number of cars on River Ganga en route to Bengal recently, the domestic carmaker is now setting its sights on utilising the vast network of the Indian Railways, according to ET Auto. The move will not only be an economical means of moving freight, it will also help the company expand its reach to the remote markets of the country. 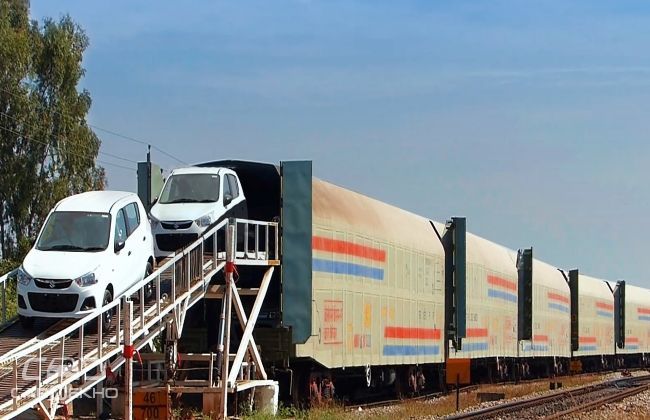 “Depending on improved speed, turnaround time, infrastructure and connectivity, more destinations would be developed in west, east and northeast to enhance car availability in far-flung regions,” the report quoted a company spokesperson saying.

In a first for the country’s automotive industry, Maruti recently obtained an automobile freight train operator license from the railways. This is part of the company’s multi-crore plans that have also seen the development of three flexi-deck auto wagon rakes in association with the railways' Research Design & Standards Organisation.

With the license, the home-grown automaker will be able to operate this group of wagons on its own and build on it further. Currently, it uses a twin-decker that reaches maximum speeds of 65kmph. The felxi-deck wagon rakes will not only travel by up to 30kmph faster, but will also be able to carry 20 per cent more number of cars, the number standing at 318 units. Talking money, the costs of railway transport are expected to be around 10 to 15 per cent lesser than road transport.

The move, at present, is aimed at halving the time for transport of cars from Guragon to Bengaluru which presently takes around 140 hours. While Maruti Suzki is working out the finer details of making the plan more viable, it is also planning to carry out developmental activities and evaluate projects with government agencies for the same.