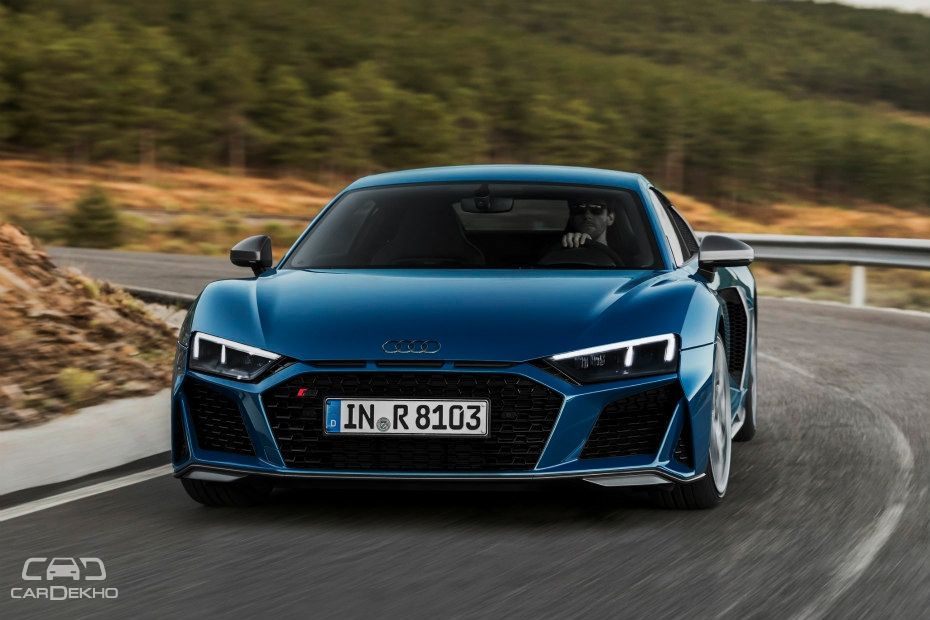 The Audi R8 has been given a series of mild updates, both in terms of des...

The Audi R8 has been given a series of mild updates, both in terms of design and performance, to keep it tempting in the face of stiff competition. The new R8 is expected to be officially announced for India next year.

Audi’s flagship mid-engined supercar is still powered by a naturally-aspirated 5.2-litre V10 which is available in two different states of tune for both the Coupe and Spyder variants. The most notable changes in the new R8 pertain to the exterior design where the car now looks edgier and sportier, more like its GT3 and GT4 motorsport cousins. 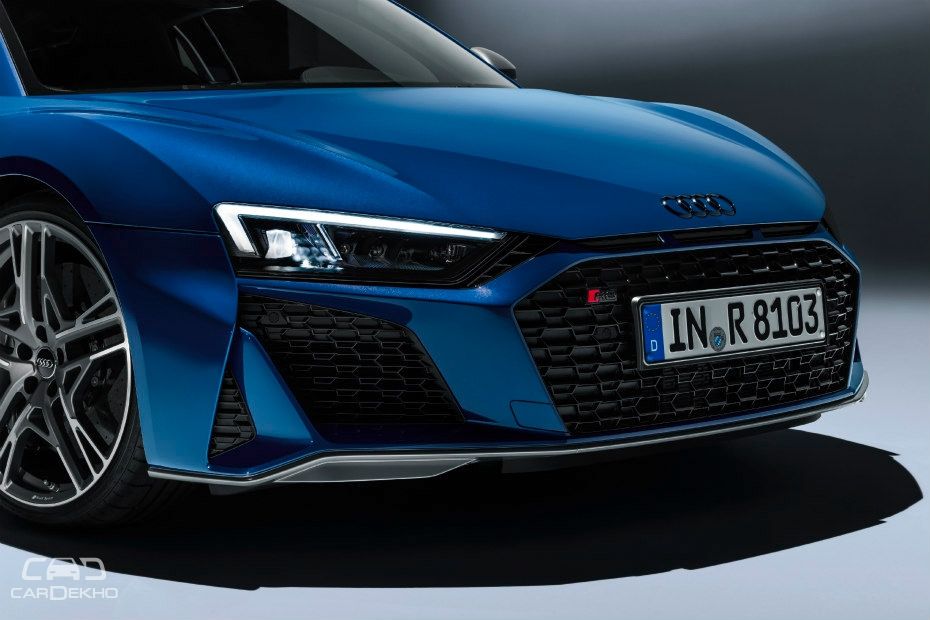 The new R8 is more powerful too with the standard variant now offering 570PS of power and 550Nm of peak torque (30PS and 10Nm more). Audi claims a 0-100kmph time of 3.4 seconds for the Coupe, while the Spyder is just a tenth of a second slower. The V10 Plus will now be called the V10 Performance and here too, the power is upped to 620PS and 580Nm (10PS and 20Nm more) for a 0-100kmph time of 3.1 seconds for the Coupe and 3.2 seconds for the Spyder. Every variant of the new R8 is a tenth of a second quicker to a 100kmph than the corresponding model of the current R8. The top speed remains the same at 330kmph for the coupe and 328kmph for the convertible. 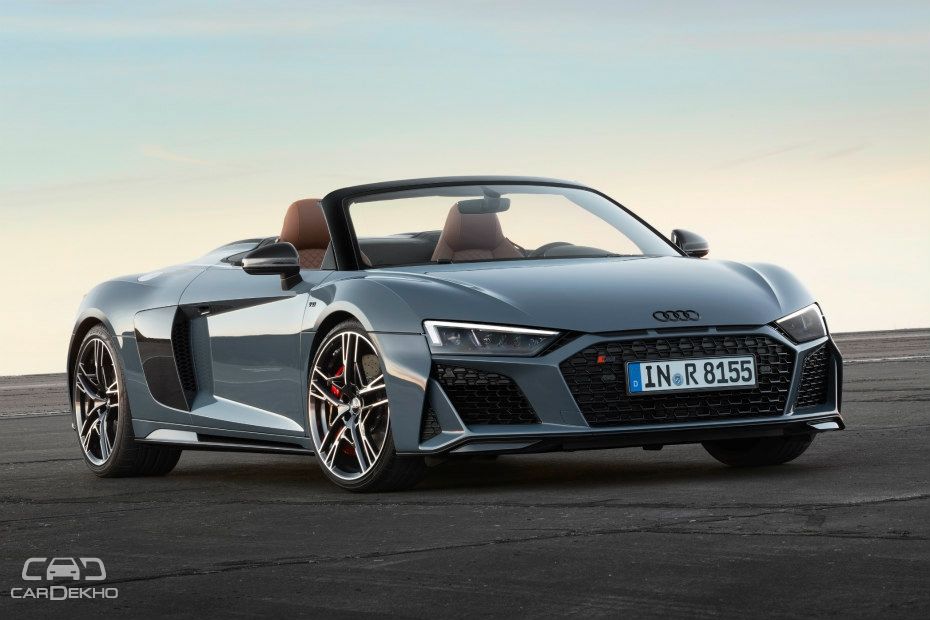 The updated R8 features new slits on the bonnet that are reminiscent of the iconic Audi Sport quattro rally car from the 1980s. These slits also feature on the latest Audi A1 Sportback and can be expected to appear on other new Audi Sport models as well. The new R8’s front splitter is wider, as is the single frame grille. The inlets flanking the grille are larger too with integrated air curtains, all sections of which are separated by thick bars. At the rear, the air vent grille is wider, while the diffuser now extends upwards to meet the rear bumper and wraps itself around bigger oval tailpipes. 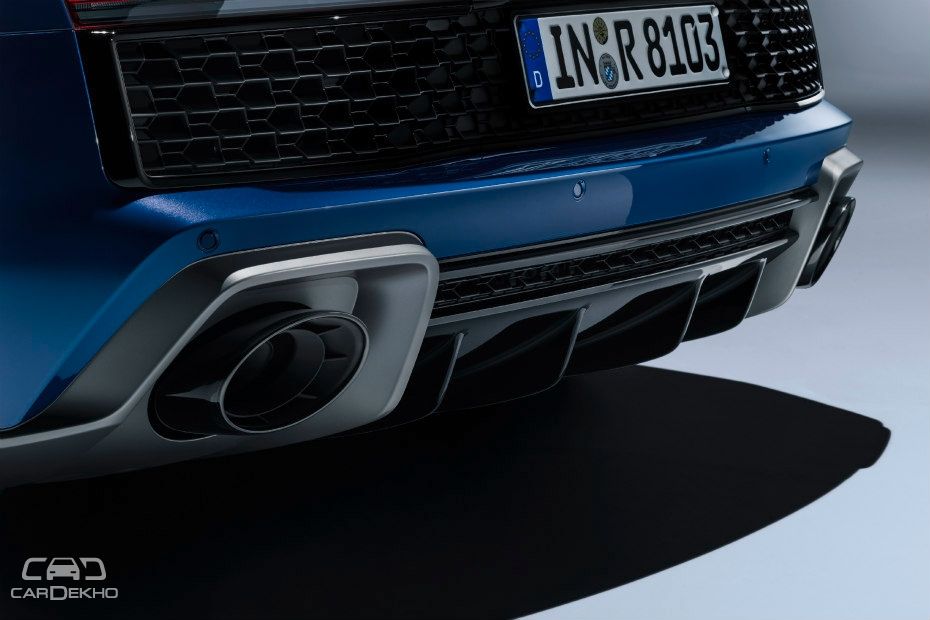 The air filter in the engine compartment under the new three-part cover is available with a choice of plastic or carbon-fibre. The new R8 also gets new metallic colour options of Kemora Gray and Ascari Blue.

Audi says the modifications to the suspension have been made to further improve the stability and precision of the R8. The brand has also added three programs to the Audi Drive Select modes on the R8 Performance - dry, wet and snow. The electronic stabilisation control (ESC) has been improved as well, with the top-spec brakes allowing the new Audi R8 to come to a stop in a shorter distance - 100-0kph up to 1.5m sooner and 200-0kph up to 5m sooner. 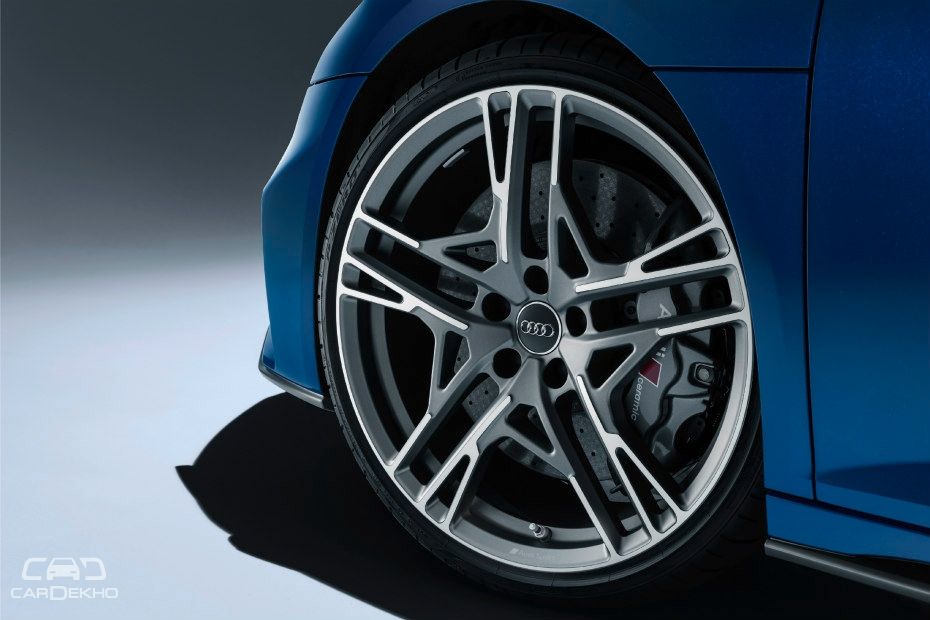 At present, Audi India lists only the current-gen R8 Coupe V10 Plus for sale at Rs 2.72 crore (ex-showroom). The new R8, if offered in all variants, might have a base starting price of around Rs 2.5 crore. Around that price, the other performance cars that you can buy in India include the Porsche 911, Lamborghini Huracan, Nissan GT-R and the Mercedes AMG GT R.