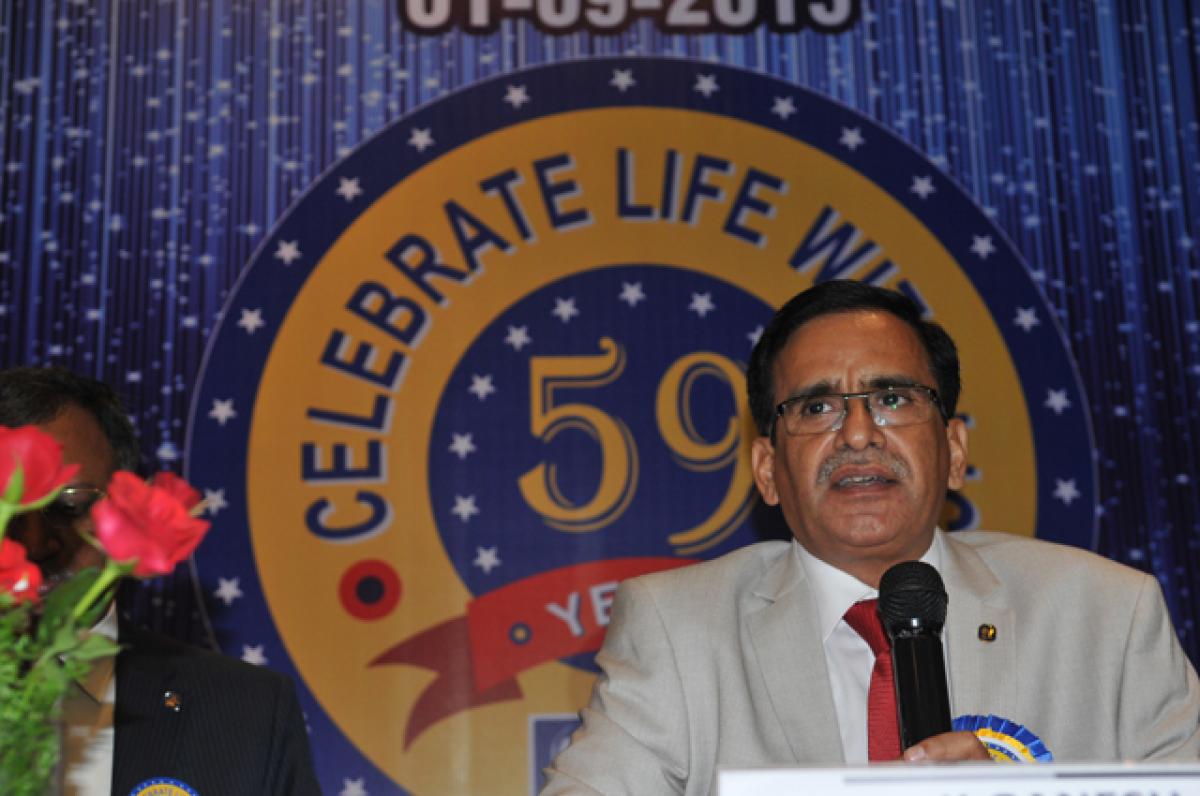 Hyderabad: Life Insurance Corporation of India (LIC)’s South Central Zone (SCZ), which covers three states of Andhra Pradesh, Telangana and Karnataka, has set a target to achieve a new premium business of Rs 4,293 crore for the current fiscal, as compared with Rs 3,768.82 crore it clocked in the last financial year. The state-owned insurance major is eyeing 45.70 lakh new life policies against 29.61 lakh policies it did during the last financial year. “So far, we have achieved 20 per cent of our new business target for the 2015-16 by August 31.

We are confident of achieving the remaining 80 per cent of the target by the fiscal year end in March 2016 as insurance business peaks in the second half of every financial year,” K Ganesh, Zonal Manager, South Central Zone, LIC, told media persons here on Tuesday.

He also announced several initiatives to mark the 59th anniversary of the insurance major which was established on September 1, 1956. On the settlement of the claims, he said the zone settled 27.31 lakh maturity claims, totaling Rs 9,599.79 crore and 1.46 lakh death claims, amounting to Rs 1,543.72 crore.

“The percentage of claims settled during the year was 99.78 per cent in maturity claims and 99.74 per cent in death claims. This has been the best ever performance of the zone,” the Zonal Manager explained.

To expand its reach, the insurance major is not only opening new offices, but also making concerted efforts to recruit more agents in the zone. Currently, it has 314 branch offices, 190 satellite offices and 90 mini offices across the three states where over 1.61 lakh agents work for it.

“We are adding five new satellite offices and recruiting more agents so as to get closer to our customers,” Ganesh said. Meanwhile, the Zonal Manager announced that LIC would launch Group Credit Life Insurance, a group insurance plan, on September 3.

This single-premium plan will cater to the needs of bankers, non-banking finance companies (NFBCs) and lenders to cover the risk of the outstanding loan in the event of the death of the borrower.