Top 1 percent owns more than half of world’s wealth 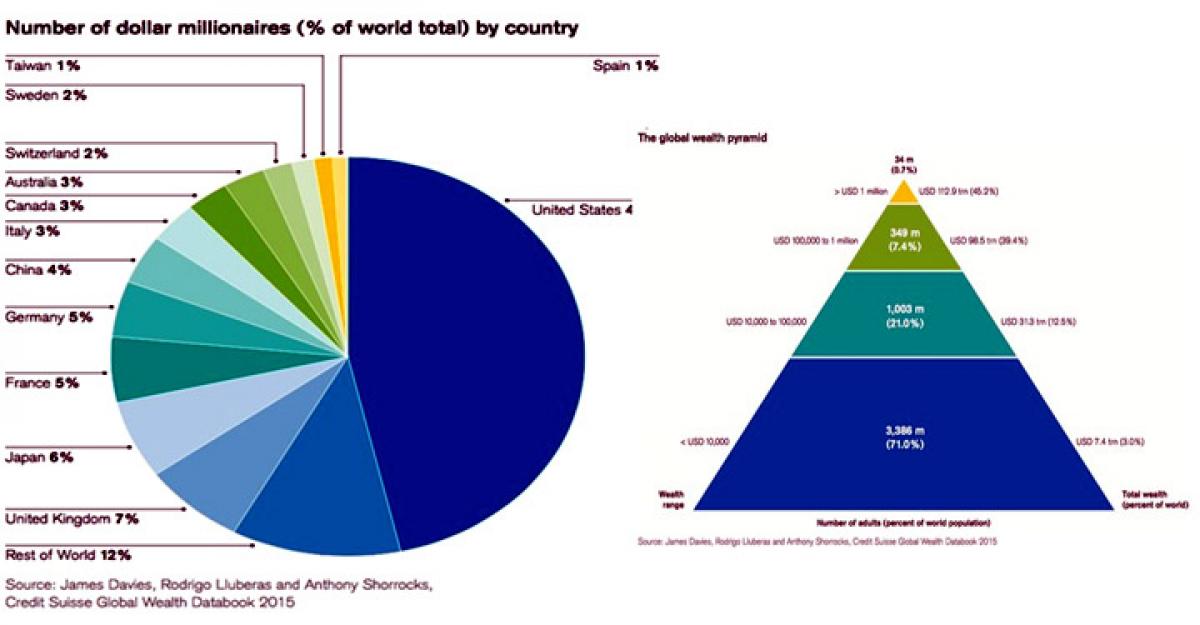 Global wealth inequality continues to worsen and has reached a new milestone, with the top 1 percent owning more of the world’s assets than the bottom 99 percent combined, according to report issued by the Swiss bank Credit Suisse.

Global wealth inequality continues to worsen and has reached a new milestone, with the top 1 percent owning more of the world’s assets than the bottom 99 percent combined, according to report issued by the Swiss bank Credit Suisse.

The report focused not on the top 1 percent, but on a slightly smaller group, the 0.7 percent of adults with assets of more than 1 million US dollars. This figure includes both financial assets and real assets, such as homes, small businesses and other physical property. 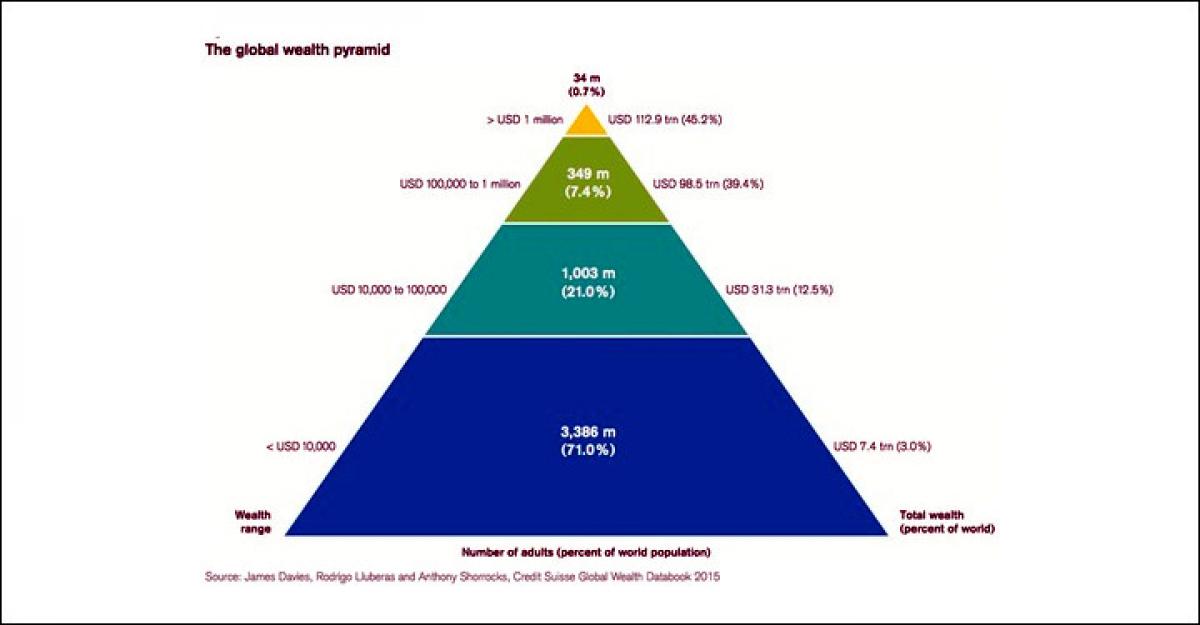 These 123,800 “ultra-high-net-worth individuals,” as the report calls them, are the true global financial aristocracy, exercising decisive sway not only over banks and corporations, but over governments and international institutions as well. Of these, nearly 59,000, almost half the total, live in the United States. Another quarter of individuals are live in Europe (mainly Britain, Germany, Switzerland, France and Italy), followed by China and then Japan.

The report notes the particularly rapid rise in inequality since the Wall Street crash of 2008 and relates it directly to the stock market boom that followed the bailout of the banks, initiated by the Bush administration and greatly expanded by the Obama administration. A key passage reads:

“There are strong reasons to think that the rise in wealth inequality since 2008 is mostly related to the rise in equity prices and to the size of financial assets in the United States and some other high-wealth countries, which together have pushed up the wealth of some of the richest countries and of many of the richest people around the world. The jump in the share of the top percentile to 50 percent this year exceeds the increase expected on the basis of any underlying upward trend.

It is consistent, however, with the fact that financial assets continue to increase in relative importance and that the rise in the USD (US dollar) over the past year has given wealth inequality in the United States—which is very high by international standards—more weight in the overall global picture.” Number of dollar millionaires by country
Far from demonstrating the health of the US economy, this disproportionate growth of the super-rich resembles the spread of a cancer that is rapidly metastasizing, with fatal consequences for the entire social organism.

Never have the rich increased their wealth so quickly as in America since the financial crash of 2008. But side by side with the amassing of previously unthinkable private fortunes, the infrastructure of America is crumbling, education, health care and other social services are starved of funding, and the living standards of the vast majority of the population, the working people who produce the wealth, are declining.

The Credit Suisse report also calls attention to significant regional differences within the structure of global capitalism, focusing on the diverging fortunes of three main regions: North America, Europe and the Asia-Pacific.

Total global wealth declined slightly in 2015, according to the report, but only because the bank’s calculations were in US dollars, and thus were affected by the depreciation of the euro, the Japanese yen, the Russian ruble, the Canadian dollar and many other currencies against the US dollar.

US wealth raised to USD 4.6 trillion, despite a global decline of USD 12.7 trillion, with Japan, Russia and the European Union countries showing the biggest drops, largely because of currency depreciation. Australia and Canada lost USD1.5 trillion in wealth between them, a substantial drop for the two mid-sized economies, which are heavily dependent on resource extraction.

China, whose currency is loosely pegged to the dollar, saw a USD 1.5 trillion gain. But this has likely already evaporated, since the report is based on figures ending June 30, 2015 and the Chinese financial markets have plunged 25 percent since then, as the report’s foreword notes.

These disparities between countries, like the growing social disparities within countries, have immense significance for world politics. They are a major factor in the increasingly explosive character of international relations, particularly the conflicts between the major imperialist powers—the United States, Japan, Germany, France, Britain—and countries like Russia, China and Iran that are being targeted for their huge natural and human resources.

US imperialism uses both its preeminent military position and the role of the dollar, still the world’s main reserve currency, as weapons in seeking to offset its economic decline relative to its major rivals. America is both a social powder keg, with class tensions at home approaching the breaking point, and the most destabilizing force in world politics, seeking to maintain its position of global dominance by increasingly reckless and militaristic methods.