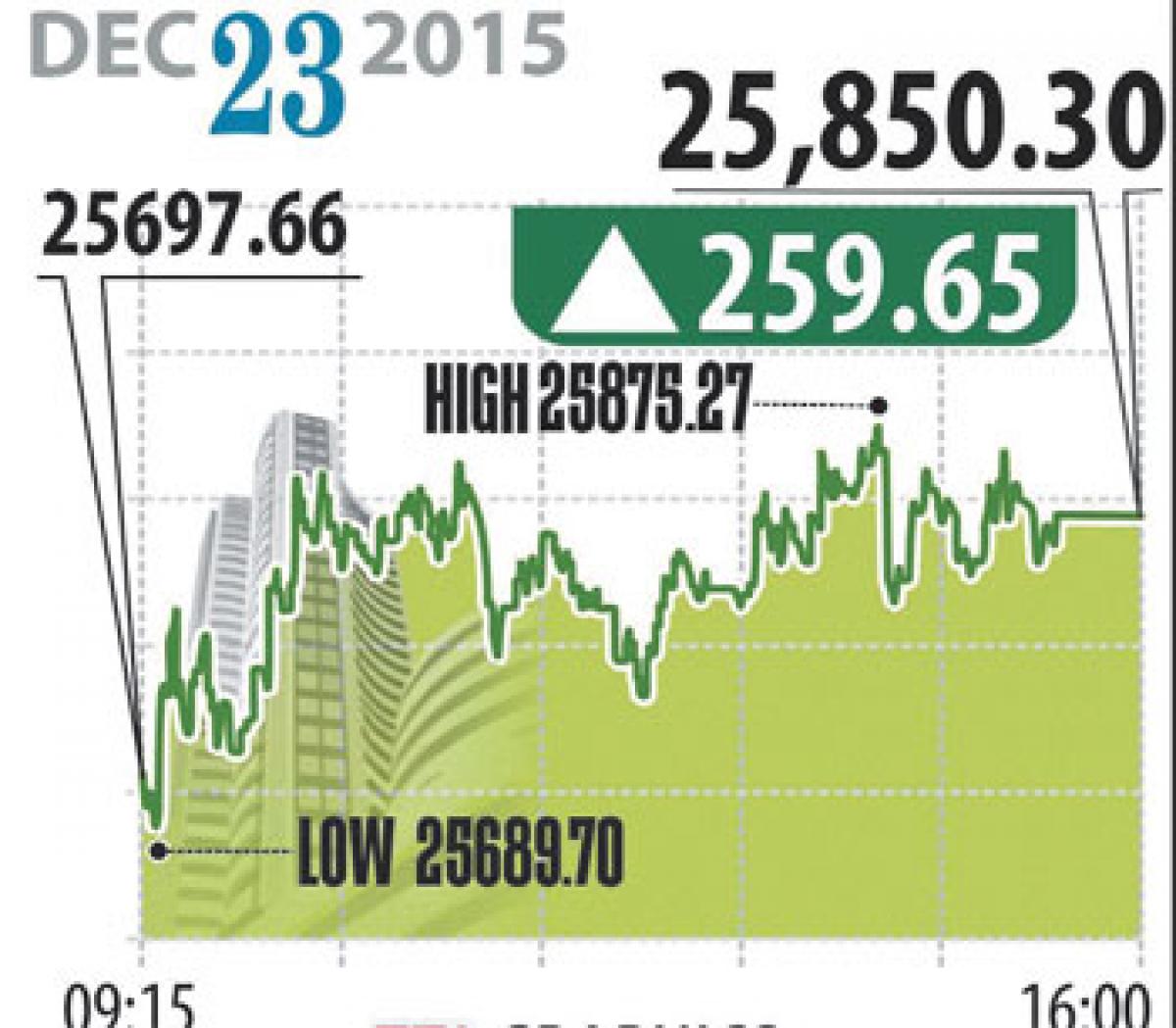 Indian stock markets bounced back and closed higher on Wednesday, driven by positive cues from the US growth data. Domestic factors such as lower current account deficit (CAD) and introduction of Bankruptcy Code Bill in Parliament also improved investor sentiment.

The benchmark BSE Sensex climbed by about 260 points to end the day a nearly three-week high of 25,850.30. The broader NSE Nifty again cracked above the 7,800-mark as investors firmed up their bets.

The CAD, at $8.2 billion, narrowed to 1.6 per cent of GDP in the September quarter, enthusing investors.

Sentiment was buoyed after data showed that foreign funds after remaining sellers this month so far were seen adding to their holdings. The rupee rising for the seventh straight day against the dollar came as a big positive.

Domestic shares had opened on a strong footing and mood remained upbeat during the session, tracking a firming trend at other Asian markets in line with overnight gains at the US and European markets. Shares of metal, oil and gas, healthcare, power and realty spearheaded the rally on a fresh spell of buying.

Among 30 Sensex components, 25 advanced and five lost. Sectorwise, the BSE metal index gained the most by rising 1.87 per cent, followed by oil&gas by 1.47 per cent, healthcare 1.38 per cent and power 1.30 per cent. Buying activity by retail investors lifted the small-cap and mid-cap indexes by up to 0.43 per cent. Market will be closed on Friday on account of Christmas.