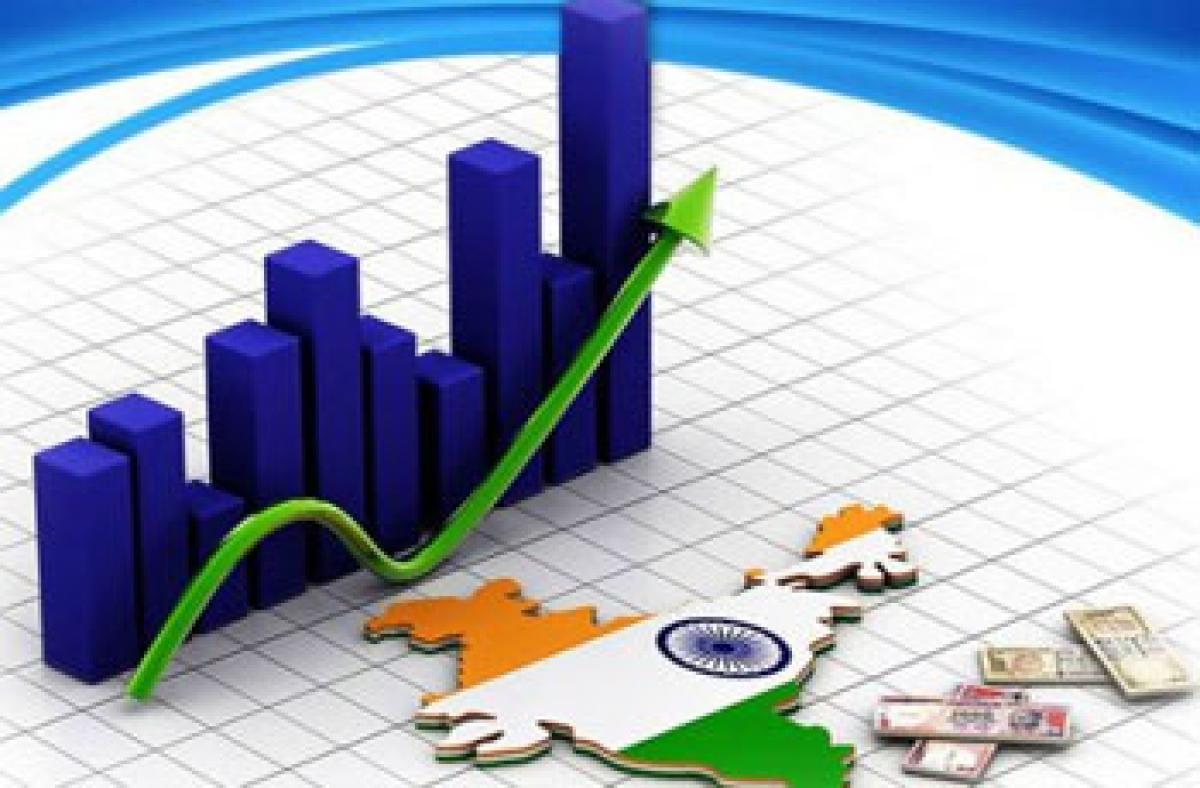 Notwithstanding a sharp cut in the government\'s growth forecast at the fag end, 2015 will go down as the year when India emerged as the fastest-growing large economy, despite setbacks such as 12 months of negative export growth, another bad monsoon and roadblocks to the far-reaching goods and services tax regime.

New Delhi: Notwithstanding a sharp cut in the government's growth forecast at the fag end, 2015 will go down as the year when India emerged as the fastest-growing large economy, despite setbacks such as 12 months of negative export growth, another bad monsoon and roadblocks to the far-reaching goods and services tax regime.

In addition to growth, the economy also saw some positives. Global crude oil prices fell to the lowest levels in over a decade, checking the balance of payments from going awry, inflation rate remained more-or-less under control, despite spikes in food prices, and economic reforms got a big push, notably in the form of further opening up of a host of industries to foreign equity.

India's real GDP in the first half of the current fiscal grew at 7.2 percent as per official data, which was slightly lower in comparison to the GDP growth of 7.5 percent in the previous fiscal.

India's external position improved at the same time. Forex reserves are a little above $350 billion in November 2015 as compared to a little over $270 billion in July 2013. Net foreign direct investment (FDI) inflows have increased to $17 billion in the first half of 2015-16 in comparison to $15.8 in the same period last year. The second quarter's current account deficit logged at a level of 1.6 percent of GDP.

However, the global slowdown continued to weigh on exports, which have declined for 12 straight months. The government said this was also pulling down growth but felt the situation would improve in the coming months.

On the fall in the value of the Indian rupee, the finance ministry's mid-term economic review attributed it considerably to the major devaluation of the Chinese yuan.

The changes overall, however, led many global institutions like the World Bank, International Monetary Fund, Asian Development Bank and some UN institutions to upgrade India's growth forecast to some 7.5-8 percent, calling it the fastest expanding globally, surpassing China.

The year also began with India's changing the way it calculated its gross domestic product under a new series, though the controversy over the changed methodology employed refuses to die down with economists even terming it obscure.

Changing the base year to 2011-12 from 2004-05 in January, the Central Statistics Office said India's real GDP, that is adjusted for inflation, grew by seven percent in the first quarter of this fiscal, slower than the 7.5 percent expansion in the quarter before -- but much higher than 6.7 percent registered in the first quarter of the last fiscal.

Arun Kumar, till recently a professor at Jawaharlal Nehru University here, told IANS that in view of negligible industrial growth, drought-like conditions in past years and no substantial increase in profits and wages, the new numbers fall flat from the point of credibility.

"Even input costs, that are now low with falling oil prices, were not low in the period 2011-12. Let the statistics office show the growth figures for up to 10 years prior to the base year for us to consider the new series seriously," Kumar said.

The mid year review released this month lowered the economic growth forecast for the current fiscal to the 7-7.5 percent range, from the previously projected 8.1-8.5 percent, mainly because of lower agricultural output due to deficit rainfall. It also said there may be a need to reconsider next year's fiscal deficit target of 3.5 percent.

"GDP growth has been powered only by private consumption and public investment is a concern. The proposed wage hike for government workers may impact plan for next fiscal." The economy continues to send "mixed signals" over growth, while all economic indicators were not yet aligned in pointing to a higher trajectory of growth, it said.

India's eight core industries, representing major infrastructure sectors, grew at 2.3 percent in the April-September period of the current fiscal, compared to a rate of 5.3 percent in the same period of the previous fiscal -- the fall in growth rate caused by lower expansion in electricity, coal and cement sectors and negative growth in steel and natural gas sectors.

Jaitley's first full union budget also announced an agreement earlier in the year with the Reserve Bank of India (RBI) that it constitute a Monetary Policy Committee to determine by majority vote on the policy rate required to achieve the inflation target.

Meanwhile, RBI Governor Raghuram Rajan cut the interest rate in January for the first time in nearly two years and followed up with two other reductions to bring down the central bank lending rate to 6.75 percent.

Politics intervened during the year to prevent the enactment of India's most important reform of its indirect tax regime by way of the pan-India Goods and Services Tax (GST) that the government has targeted for implementing from April next year, because the ruling NDA does not have the numbers to pass the constitution amendment bill in the upper house.