Basu votes in favour of subsidies 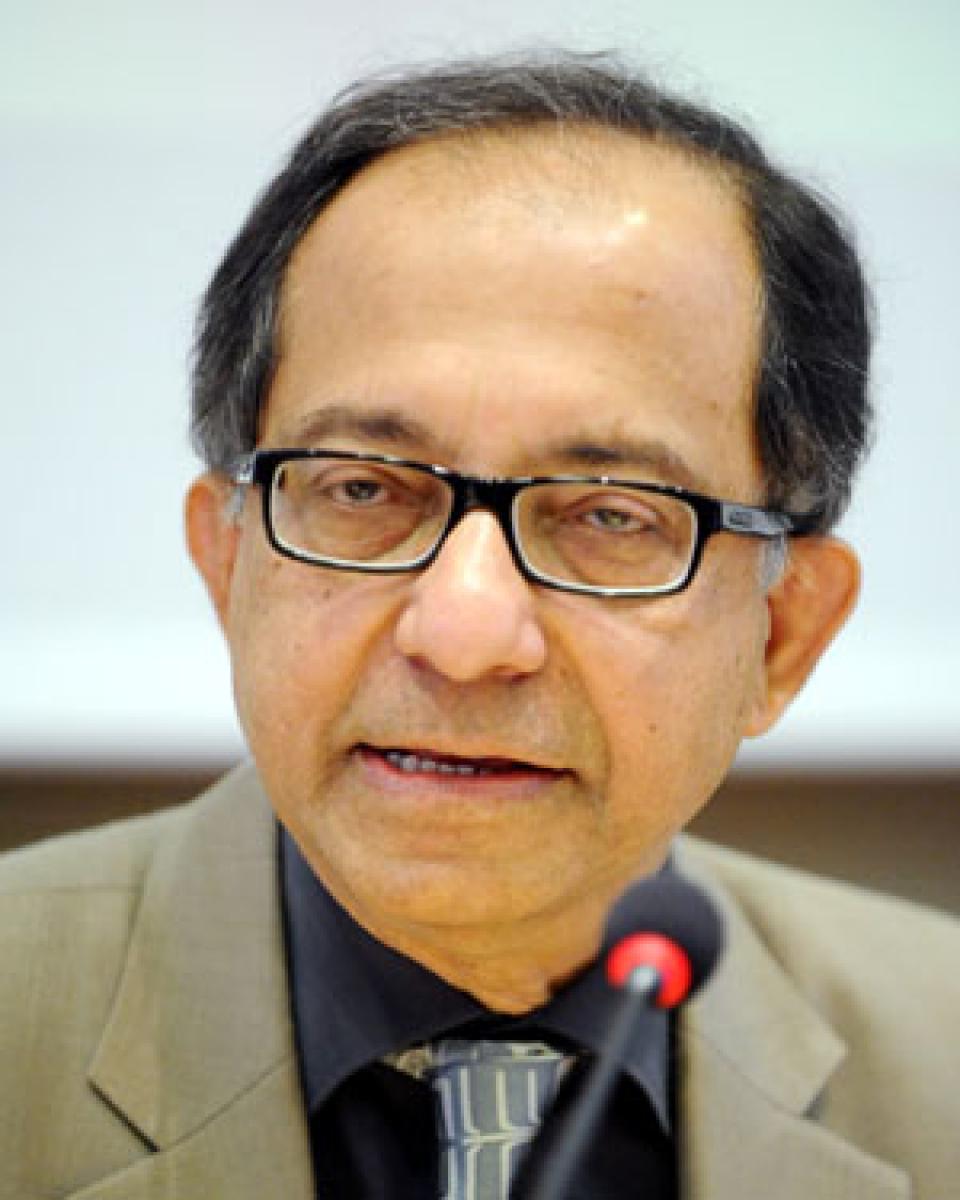 He, however, said the ease of doing business is improving when compared to last year and hopped that the trend may contribute for higher exports in the long run.

However, he says leakages must be plugged with proper schemes

Hyderabad: In a significant observation, the World Bank Chief Economist Kaushik Basu felt that India still requires subsidies as the country has more poor families, however, added that the government should design effective schemes to minimise the leakages.

Speaking to media on the sidelines of Indian Economic Association annual conference here, Basu said: “Subsidies should not be withdrawn…but government should design schemes to minimise leakages.”

His comments are important at a time when the government is working towards new models aiming at bringing more people under the creamy layer to reduce the subsidy burden on it.

Responding to a question, he said that the Indian exports are falling though it has great potential. He suggested the government to focus on the manufacturing sector, which is traditionally considered lower, especially at a time when the wages in China are rising thus giving competitive edge to India.

He, however, said the ease of doing business is improving when compared to last year and hopped that the trend may contribute for higher exports in the long run. Comparatively, the services exports are increasing as the country is well positioned in terms of higher education, he said.

On the growth rate, Basu said that the Indian economy is expected to grow at 7 to 7.5 per cent in both 2015 and 2016. However, it is a rough estimate as the World Bank is expected to release the growth projections in first week of January 2016.

"Roughly it is in a ballpark of the kind of figure. We (World Bank) have given over 7 per cent or somewhere between 7 and 7.5 per cent which no matter whether the top-end of it or bottom-end of it. India will still be the leader among major economies. Not only in 2015 but we expect India to lead that chart in 2016 as well," he said.

He said the World Bank is expected to review the growth projections of the countries on January 7 or 8. It will review on a regular basis for every six months of the whole of the global situation and reveals its forecast.

“We are going review it on 7th or 8th of January. I don't know which way it will go (for India)," he said when asked whether there is any revision of growth predictions for India.

On the impact of the rate hike by the US Fed on investment scenario in India, the former chief economic advisor said though there could be some outflow of investments, but the impact is minimal.