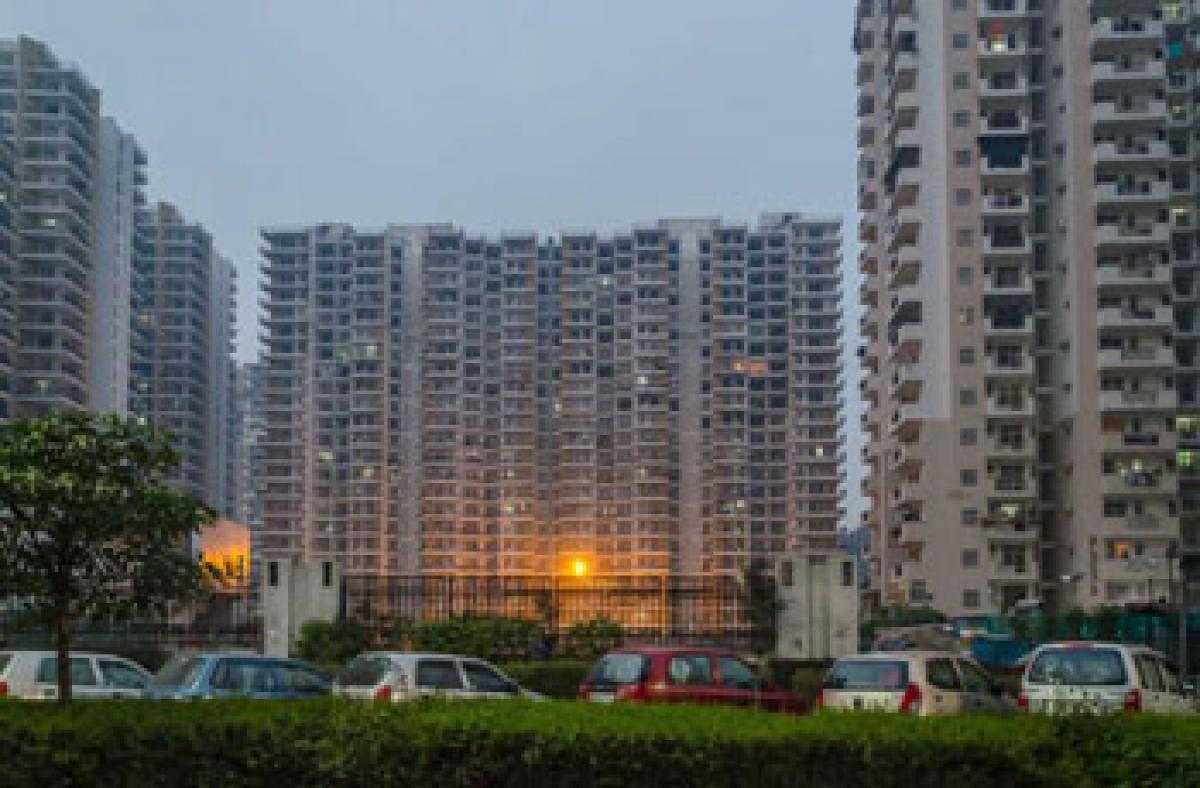 By introducing a slew of concessions to poor, middle class and also initiating controls against land encroachment in posh areas, Telangana government has repositioned Hyderabad and other heritage urban locations in the state, promoting them to the level of global destinations.

By introducing a slew of concessions to poor, middle class and also initiating controls against land encroachment in posh areas, Telangana government has repositioned Hyderabad and other heritage urban locations in the state, promoting them to the level of global destinations. As officials put it, these new initiatives are part of the recommendations made by the real estate majors and institutes like ASCI and MCHRD and realty bodies Credai and Treda to sketch a new road map for achieving the dream of making Hyderabad a ‘Global Village’. The State government is also determined to pull down dilapidated buildings so that prime land within Hyderabad could be freed and utilised for more public utilities as well as commercial exploitation.

Having addressed the crucial issues of water and power needs, the K Chandrasekhar Rao government is now taking a leap frog step in the direction of augmenting urban housing as part of its program to buffer the human resources and industrial needs on a long-term basis.In the process, the government now plans to address the social infrastructure needs of Hyderabad, which has enough capability to transform as a global village in terms of industrial, knowledge and human resources development areas.

The government’s latest initiative to bring out real estate policy though earmarked for immediate political gains is also geared to attract foreign investment in the infrastructure development of Hyderabad city. Though, what the Chief Minister K Chandrasekhar Rao did not spell out was that his measures would qualify Hyderabad as a city attuned to global building regulations and place the state also as a whole on the “ease of doing business” platform ahead of neighbors including Andhra Pradesh whose ranking in building concerns is still far below in the ladder. Now, one can build 5 floor apartments (including stilt) even in plot of sizes of around 200 sq yd.

"The concessions are aimed at simplifying, removing certain bottlenecks in the existing real estate environment in the state to achieve full potential", says official. The state cabinet has endorsed the proposals of the Municipal Administration to liberalise building norms for the EWS (Economically Weaker Sections) and LIG (Low Income Group) categories to spur up intensive housing activity by exploiting the liberal funding facilities. Fast Track On-line Approval System is being adopted in the HMDA, GHMC/DTCP to ensure that the benefits of welfare programs of the state and central governments reach the desired poor.

All the six government orders released recently focused on the expected foreign investment into realty sector. Most of the initiatives like options that of 3 per cent built up area for common amenities and liberal regularisation of encroachments for gated communities and massive urban housing schemes would go a long way in attracting foreign investment in construction activity, say officials.

Further, in view of new Land Acquisition Act, 2013, the cost of compensation has become very high and urban local bodies (municipalities and corporations) are not in a position to pay the compensation for land in order to take up road widening programmes. Thus, the incentives like TDR/setback relaxations/additional floors would provide more leverage to cash-strapped local governments and also offer value added advantage to the beneficiaries and grant them space in the global competitive environment, the officials avers.

The new policy also gives the local body additional powers to take ‘people’s interest’ in view of dispensing with the Defense/Railway NOCs and also allow greenbelt below the high tension (HT) lines. From builders’ point of view, they are very happy with the new regulation, which will give them greater incentives and also leverage to use cellars and also upper floors of multiplex for different value added utilities like swimming pools, gardens and boutique environment on sky scrapers.

The new policy also addressed the environment (green) and also health (walkers and cyclists paths) concerns by allowing 12 feet walking / cycling track within the 30 meters buffer strip to protect the water bodies from encroachments. 2 meters Green strip in high rise buildings. The new policy was also a boon to the residents of Old City of Hyderabad where amalgamation of plots in old city, congested areas, slums is allowed subject to conditions. Permission for U-type buildings in plots of 1,000 square meters besides uniform buffer strip of 50 meters along the boundary of Musi River in both GHMC and HMDA areas.

Foremost was strengthening the enforcement wing of HMDA with amendments to the HMDA act with the Competent Authority and Enforcement Authority in respect of all buildings in plots of above 1,000 square meters and height above 10 meters. It also gives a special focus on buildings of Jubilee Hills and Banjara Hills to allow multiplexes on major road junctions and removal of height restrictions by setting up an Expert Committee.