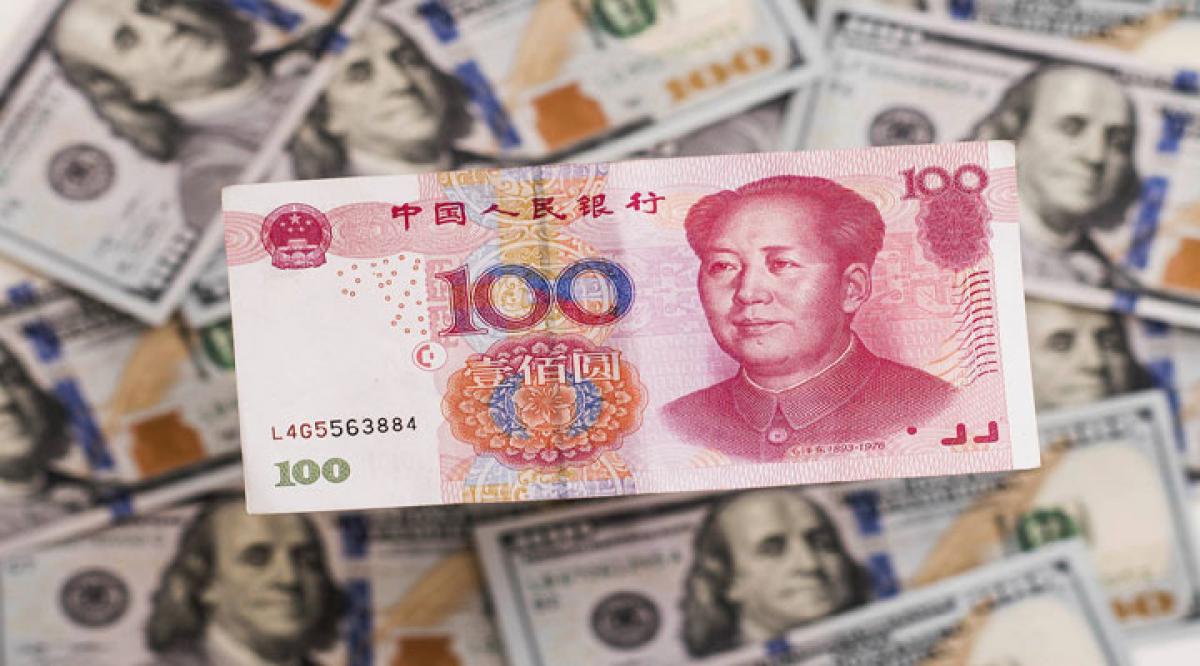 Six per cent fall in the value of Remnibi against US $ since August 2015 has upset the stock markets across the globe, more so in more vulnerable Asia/emerging economies. Indian stock markets experienced intense tremors with the benchmark BSE Sensex and Nifty dropping by 4.7 per cent in the first full week of 2016, its worst weekly performance since November 2011

Once again Indian stock markets experienced intense tremors under the influence of depreciation of Chinese currency breaking records of last four years. The benchmark BSE Sensex and Nifty dropped 4.7 per cent in the first full week of 2016, its worst weekly performance since November 2011. In the mayhem that followed, nearly US $ 4 trillion had been wiped out from global equity markets, exposing the sensitivity to Chinese move. The sudden devaluation in Renminbi by China’s Central Bank had sent shockwaves across global financial markets. The policy intervention in China impacted global stock markets differently in different markets during the week. Shanghai Composite Index dropped 9.97 per cent, NASDAQ composite index lost 6.35 per cent, DAX index lost 6.83 per cent, FTSE MIB Index – 5.7 per cent, Nikkei 225 – 7.02 per cent and S&P BSE Sensex ended -4.69 percent. Such is the impact of any policy move in Chinese markets that it sends shockwaves across the globe.

China is an export oriented economy. Its interconnectedness with global markets is wide. Historically, China targets to meet global demands of manufactured goods rather than domestic demand. In a globalised world, the movement of goods and services tend to chase price and China is able to offer competitive pricing to provide goods for mass world consumption. The goods from China are in most world markets right from slums in Asia, Africa to posh markets in Europe and US. Ranging from electronics to textiles, China inundates retail markets in many economies. But in an environment of global economic slowdown, low crude oil and metal prices, cross border trade has a tendency to come down. It is function of demand and supply. If demand is hurt in times of slowdown, lull in exports follow. Therefore, a drop in global demand for goods could be seen across Europe, US and Asia, meddling with recovery from the global financial crisis.

As a result, like many countries, exports from China and India too are witnessing continuous fall month after month worrying the mandarins of the economy. With exportable goods piling up in warehouses, threatening erosion and deterioration in goods, efforts are made to pep up exports. In such situation, some specific policy intervention is sometimes necessary to put exports back on track to create momentum for growth. China considered devaluation of domestic currency, Remnibi (Yuan), as a striking strategy to make exports more competitive. Thus, the six per cent fall in the value of Remnibi against US $ since August 2015 has upset the stock markets across the globe, more so in more vulnerable Asia/emerging economies. In the process, the Chinese currency depreciated from 6.202 on July 1, 2015 to 6.592 on January 8, 2016 versus US $. It is estimated that China experienced flight of foreign capital to the tune of US $ 120 billion in December alone building up pressure for devaluation. Exporters of China could stand benefited with more domestic currency in hand for same exports in US $ terms. With US $ strengthening against Chinese currency, its goods would become cheaper in the world markets. Cheaper goods may attract more demand.

It is not a paradox that whenever China makes a move, the global markets come under tailspin. It is because of its sheer size and influence on the markets. The mere robustness of size of Chinese economy can justify its impact on the world markets next only to US. When seen in the context of size of economies - 2014, the GDP of top ten economies adds up to 65 percent of the world’s economy, and the top 15 economies add up to 75 percent. The remaining 172 countries constitute only 25 percent of the world’s economy. In this league, US with GDP of US $ 17.41 trillion is the largest economy and hence any action by its policy makers is viewed by rest of the world with awe and admiration. Like global markets began to prepare and defend its position when Federal Reserve, the US Central bank hiked its interest rate for the first time in a decade by 25 basis points in December 2015.

The next big global economy is China with GDP of US $11.4 trillion and is known as a world factory for goods and services. Though currently, the Chinese economy is slowing down from 7.3 per cent in March 2014 to 6.9 per cent in Sept 2015, it continues to be a global strategic building block. It has still a massive pile of Forex reserves measuring $3.330 trillion, dwindled from $4 trillion. Forex reserves of US $3.33 trillion are considered no longer far from the $2.6 trillion deemed to be the prudent threshold by the International Monetary Fund, given China’s $1.2 trillion dollar liabilities. Chinese exports clocking around $4.303 trillion, the current account surplus of China is in the comfortable range of $600 billion. It is therefore logical that any move by such large economy will have tectonic impact on the financial markets across the globe.

Looking beyond stock market gyrations, the Chinese market turmoil has impacted other economic parameters too. Like many other economies, Indian currency also drifted from Rs 63.61 to Rs 66.64 to a US $ between July 1, 2015 to January 8, 2016. But despite such devaluation, exports continue to fall and are now expected to end in the range of $260-270 billion in FY16 against the target of $325 billion. The forex reserves are $350 billion which is robust enough to meet the immediate market volatilities. In terms of volume of GDP, India ranks 10th in global space with GDP measuring $2.2 trillion and is well poised to grow at over 7.5 per cent in FY16 and onwards. CPI inflation is at 5.4 per cent in November 2015 well within the range of 6 per cent targeted for January 2016 by RBI. It is set to gradually move down year to year to be contained at 4 per cent by the end of 2017-18.

Though in globalised environment, it is not possible to ring fence domestic financial markets from the economic events and shocks that transcend from across the globe, it is possible to mitigate its negative impact with robust regulations and improved prudential standards. Moreover, strong economic fundamentals can help to withstand market volatility. It is necessary to educate the market players about the risks in equity markets so that participants can develop calculated risk appetite. A well developed financial market can better manage the volatility with least erosion in investor wealth.