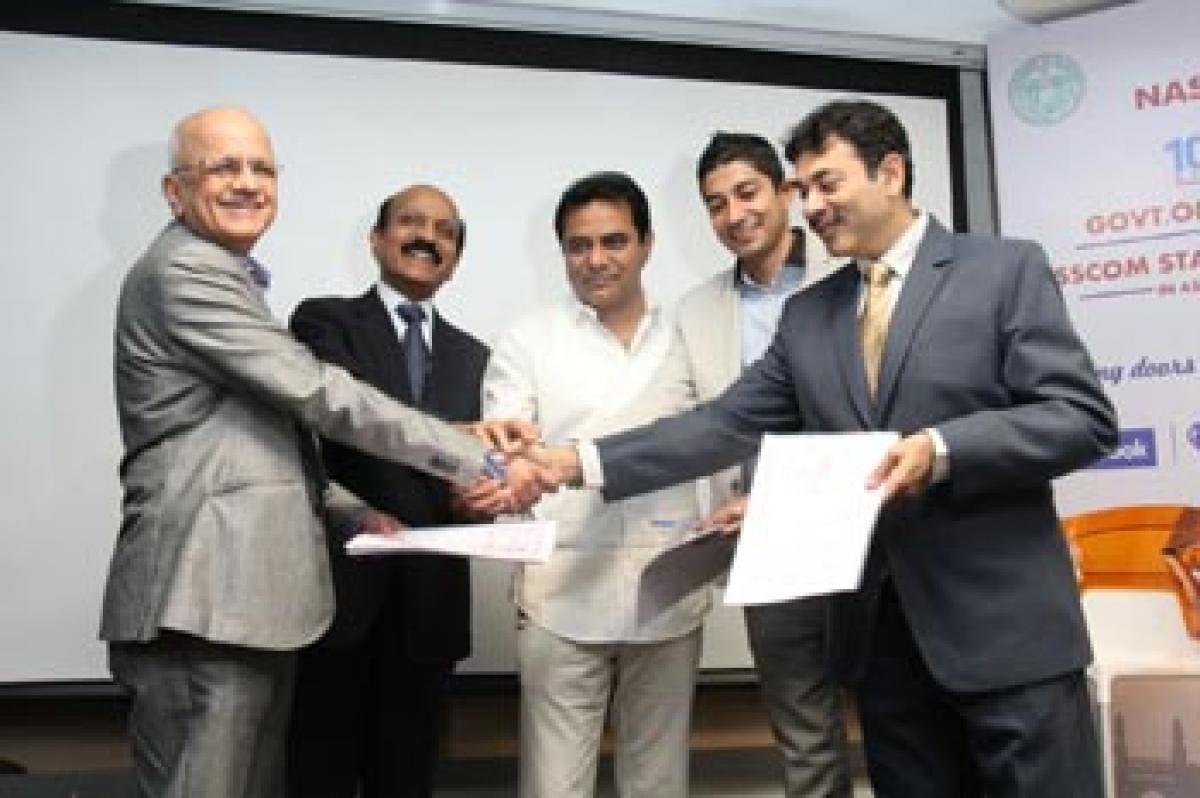 Telangana government is gearing to unveil its much-awaited innovation and startup policy in the second week of February, IT Minister K T Rama Rao said on Monday.

Hyderabad: Telangana government is gearing to unveil its much-awaited innovation and startup policy in the second week of February, IT Minister K T Rama Rao said on Monday.

The announcement of the startup and some other policies including IT policy was deferred on the account of election code due to the recent MLC elections and on-going elections for GHMC.

“We will unveil innovation policy around Valentine’s Day in the second week of February and also initiative measures to inculcate entrepreneurship among school students,” the Minister said at the inaugural event of Nasscom 10K Startup Warehouse at T-Hub, the incubation centre set up by Telangana government.

Rao further said efforts would be made to improve cultural quotient (CQ) alongside IQ, among students. He also underlined the need for allowing students from one education stream to change to other streams on the lines of the US. “At present, students are not allowed to change from arts to science or vice versa in India. But we should allow such migrations like in the US,” he explained.

R Chandrasekhar, president, Nasscom, who was also present at the event, painted a rosy future for Indian software industry despite sliding crude oil prices and economic slowdown in Europe. “Fall in oil prices and adverse economic conditions in Europe will definite have a bearing on the industry. But prospects are still good,” he said.

The 10,000 Startups is an initiative by software industry body Nasscom to scale up the startup ecosystem in India. It aims to enable incubation, funding and support for 10,000 technology startups in India over the next ten years. As part of this, Nasscom has been setting startup warehouses across different states to create a micro-ecosystem where many start-ups and entrepreneurs can work together and share their experiences with each other.

After the first start-up warehouse in the country in Bangalore in 2013, it established similar facilities in Kolkata, Navi Mumbai, Pune, Kochi and Gurgaon. Now, it set up one in Hyderabad. “Hyderabad is the one of the hubs for Indian technology. The city is known to be a centre of many technology startups.

The startup warehouse in partnership with the government of Telangana will further provide an affordable co-working space to the young entrepreneurs, taking care of their concerns of building right product in the market and giving them a platform to emerge as stronger players,” said BVR Mohan Reddy, Chairman, Nasscom.