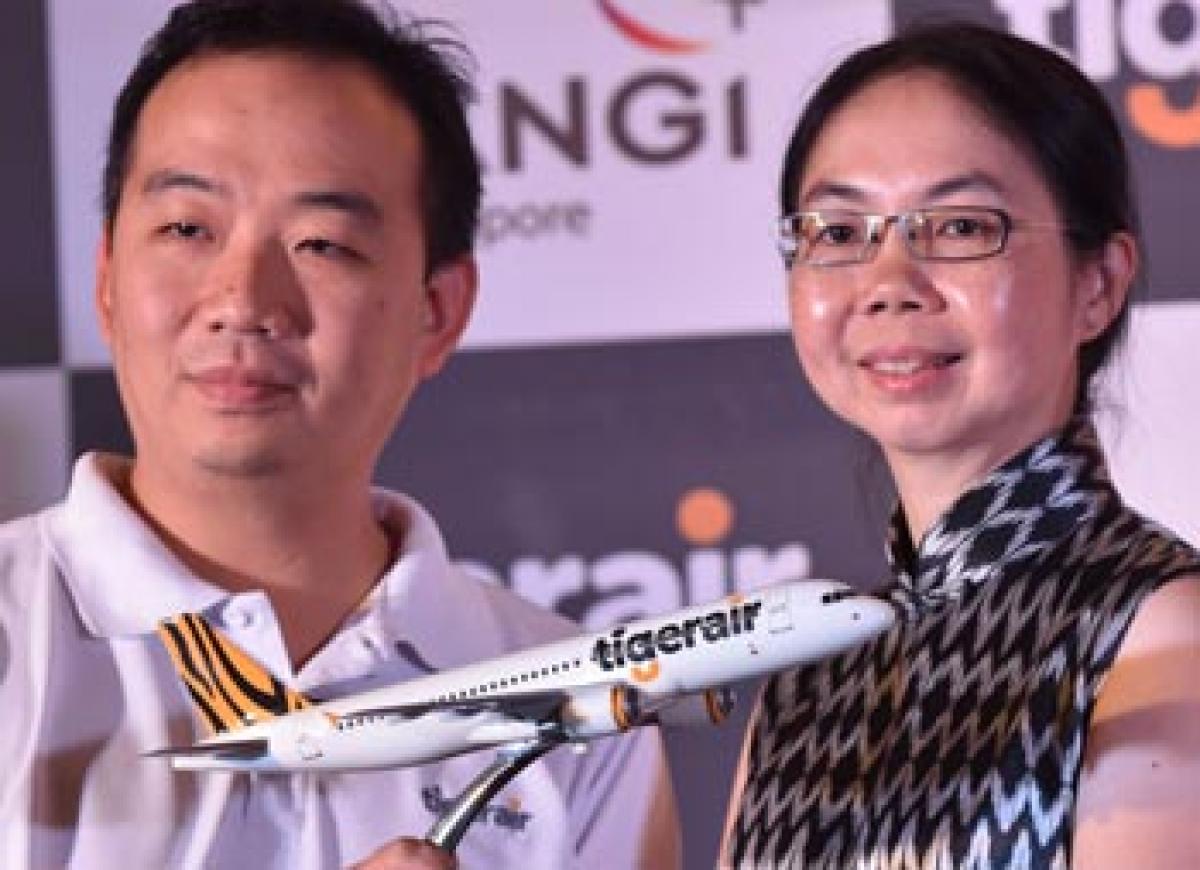 Tigerair is looking to clock 10-15 per cent upswing in passenger traffic from the city and Telangana in the current year. The Singapore-based budget airliner on Wednesday unveiled an attractive promotional offer of all-inclusive two-way fare of Rs 11,599 from the city to Singapore.

To increase flights from April; unveils two-way fare of `11,599 to Singapore

Hyderabad: Tigerair is looking to clock 10-15 per cent upswing in passenger traffic from the city and Telangana in the current year. The Singapore-based budget airliner on Wednesday unveiled an attractive promotional offer of all-inclusive two-way fare of Rs 11,599 from the city to Singapore.

Addressing a media conference here, Teh Yikchuan, Director(Sales & Mktg), Tigerair, said that a total of 80,000 people travelled with the airlines from Hyderabad to Singapore in 2015.

“Tigerair had seen a 10 to 15 per cent growth in passenger traffic from the city in the last three months. We expect the growth momentum to continue,” he said, adding that over 6 lakh Indian passengers used Tigerair services from India last year.

The budget airliner, which connects six Indian cities to Singapore, currently operates six weekly flights from Hyderabad and it will deploy an additional flight from the city from April 25 to June 15 this year to meet the higher demand during summer.

It will also add an additional flight on Tiruchirappalli-Singapore, taking the total weekly flight from there to 14. “As of now, we are operating 44 weekly flights from six Indian cities to Singapore and the number will increase to 46 with the two additional for clearing summer rush,” Yikchuan said.

Replying to a query, he said all the flights originating from Hyderabad were running with occupancy ratios in excess of 80 per cent all the time. “That’s why we see opportunity to increase the frequency from the city,” he said.

Passengers travelling from Hyderabad can avail the promotional offer launched by Tigerair in association with Singapore Tourism Board (STB) by booking tickets from January 20 to January 31, 2016 for the travel period from March 9 to April 16 this year.

“We are certain that this collaboration will help us accomplish our objective of giving travel enthusiasts in India the opportunity to get the best Singapore experience,” Yikchuan explained.

As of November 2015, more than 9.24 lakh Indian travellers had visited Singapore, registering 7.4 per cent growth from the year ago.