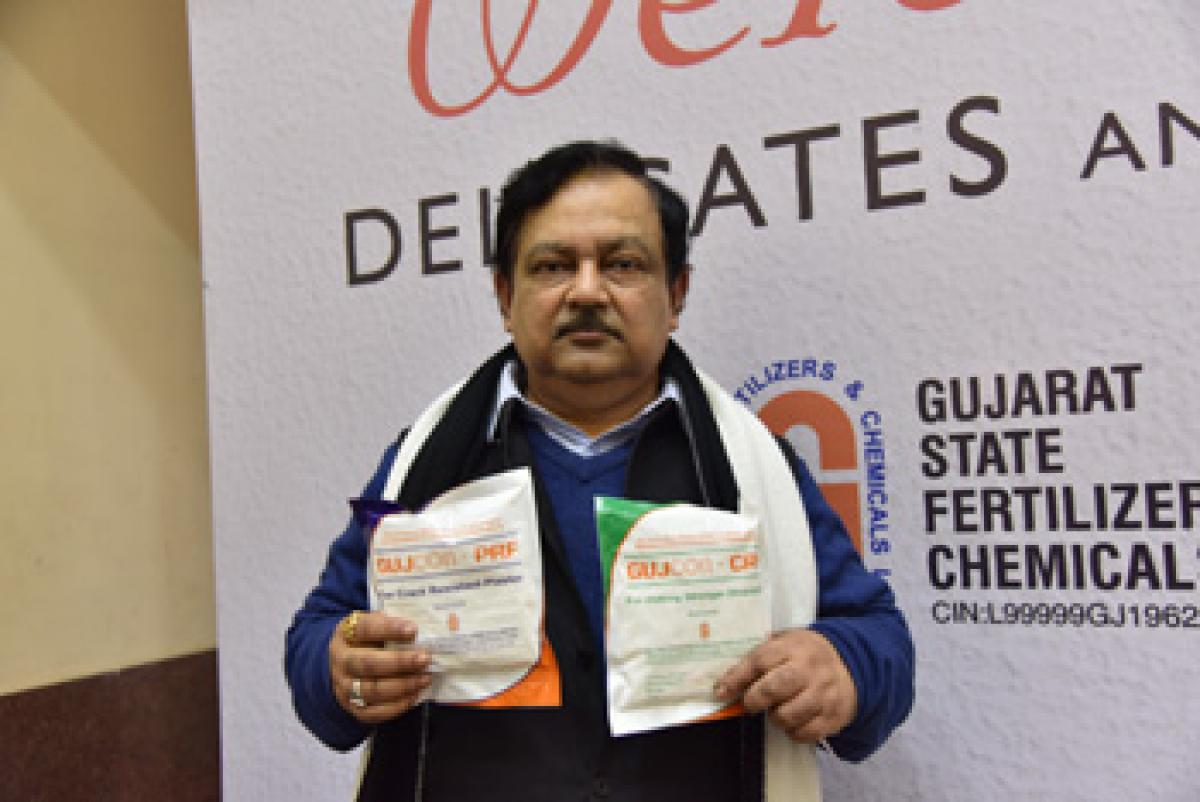 Gujarat State Fertilizers & Chemicals Ltd (GSFC) has lined up Rs 1,000 crore for expansion of its production capacities for melamine and nylon materials.

Hyderabad: Gujarat State Fertilizers & Chemicals Ltd (GSFC) has lined up Rs 1,000 crore for expansion of its production capacities for melamine and nylon materials. The Gujarat state-owned enterprise is also developing polymer urea that will eventually reduce urea consumption in agriculture by almost 40 per cent.

“We are expanding our melamine capacity by 40,000 tonnes and nylon capacity by 15,000 tonnes. This expansion will involve total investments of around Rs 1,000 crore which includes Rs 700 crore for melamine expansion,” Dr S K Nanda, Chairman and Managing Director, GSFC, told media here on Friday.

Currently, the GSFC has two melamine plants in Gujarat with cumulative annual capacity of 15,000 tonnes per annum. Made using urea, melamine is used as raw material for plastics, adhesives and a range of other products.

He further said that the company was in the process of developing polymer urea which would reduce consumption in agriculture by about 40 per cent. “Polymer urea is under trials now, but we expect to it replace the normal urea in two years time,” he said, adding that company was awaiting approval from the central government for the same.

Explaining about the process, Dr Nanda said the GSFC had developed a technology to get urea coated with two layers of castor oil that would enhance effectiveness of urea by three times. “Now, farmers are using urea three times for a crop. In case of polymer urea, one time use is sufficient and the effect will last for 90 days,” he said.

Meanwhile, the company launched two new specialty products, Gujcon-CRF and Gujcon-PRF nylon-6 fibres, which will not only strengthen cement when it is used in construction, but also make it crack-free.

“A 100 gm pack of the nylon-6 fibre products to be added per 50 kg cement for imparting secondary reinforcement in all cement-based structures. The products increase the serviceability, durability and life of the structures by preventing occurrence of shrinkage cracks and water seepage,” Dr Nanda explained.