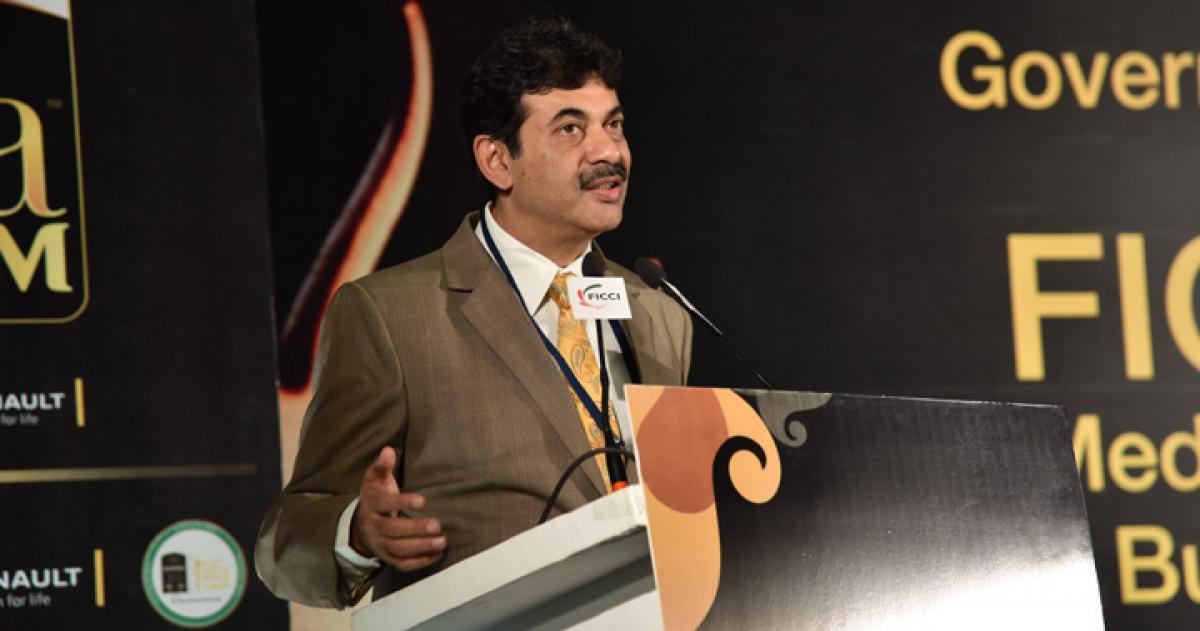 In order to promote entertainment and film industry in the state, the Telangana government is mulling to come up with a comprehensive ‘Film Policy’ in the next two to three months.

Hyderabad: In order to promote entertainment and film industry in the state, the Telangana government is mulling to come up with a comprehensive ‘Film Policy’ in the next two to three months.

Speaking at FICCI-IIFA conclave, BV Papa Rao, Advisor to the government, said that the government is working out a policy for the media and entertainment industry.

“We will come up with the policy in the next two to three months.” Responding to a question, Rao said that the government is positive and consider all the issues being confronting the industry, which will be included in the policy.

“The film industry has already submitted their demand and we will consider most of them keeping in view the concept of ‘ease of doing business’. The government will also discuss with the industry before announcing the policy,” Rao said.

Rao said that the government is also considering establishing ‘Film City’ and asked the film industry to extend their support in developing Hyderabad and Telangana a hub for entertainment industry.

Further, the government is building a signature building christened ‘Image’ providing the entire infrastructure including labs, animation etc to promote animation and gaming industry in the state. It also plans to establish an animation incubator with about 225-seat capacity in the state, he revealed.

“We will provide all the infrastructure and other required necessities and it is for the film and entertainment industry to perform and produce world-class content,” he pointed out.

Earlier speaking at the meeting, Jayesh Ranjan, IT secretary said that the government is working out skill development programme for the students who are ready to take up the challenges.

Further the state is going to be totally fiber connected up to the last mile in the next two years, which will ready to offer digital entertainment even to the rural people.

“As of now we are working out establish mobile screen of films at villages, which will be organised by the women entrepreneurs who are now running the digital kiosks,” Ranjan said.

The government is in discussion with a reputed firm (not willing disclose the name) and expected to be rolled out in the next six months, he added.

Hyderabad will have another first to its credit. The authorities are mulling to set up an exclusive ‘Telangana Intellectual Property Crime Unit’ (TIPCU) in order to curb piracy and infringement crimes on the lines of London Policing.

Revealing by the state’s proposal, its IT secretary, Jayesh Ranjan said that the government has discussed various options and finally decided to establish TIPCU on the lines of ‘The Police Intellectual Property Crime Unit, a specialized unit of the City of London Police.

The new unit is specializing in intellectual property related laws and its enforcement, he added. Ranjan is talking to media on the sidelines of the ‘FICCI Media and Entertainment Business Conclave’ meeting here on Monday.

All the film personalities spoke at the meeting highlighted ‘piracy’ as the major problem confronting with the industry and it needs to be cubed henceforth. According to Ramesh Sippy, co-chair, FICCI Media & Entertainment Committee felt the industry need to take the support of technology to deal with the problem of piracy.

“There must be some technology, which can trace the location of the web-site as soon as it uploaded the pirated version.” According to industry estimate, the piracy and counterfeiting is growing in Indian entertainment industry which pegged at over Rs 16,000 crore, which is about 40 per cent of the estimated revenue of the industry.