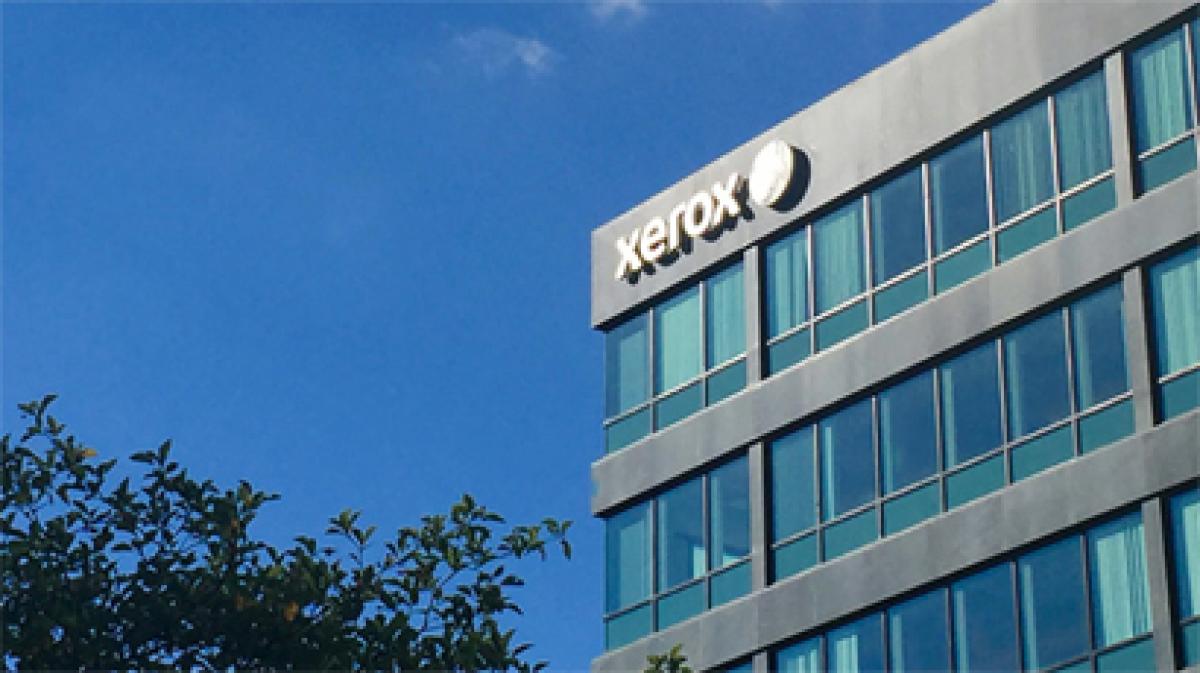 Names and leadership of the new companies are still to be determined. Xerox and Icahn reached a deal on the governance of the business outsourcing company.

Xerox reported its 15th consecutive quarter of declining sales on Friday and announced plans to split the company into two businesses. The move will reverse a six-year-old effort by the printer and copier maker to boost sales by providing outsourced business services to corporate customers. Xerox said Friday that it will spin off the services operation it acquired when it bought Affiliated Computer Services Inc. for nearly $6 billion in 2010.

Xerox reported better-than-expected earnings for the quarter that ended Dec. 31, but revenue fell 8 percent from a year earlier. The Norwalk, Connecticut-based company said net income rose 43 percent to $285 million, on sales of $4.6 billion. Earnings amounted to 27 cents per share, or 32 cents a share after adjusting for amortization costs. Analysts surveyed by Zacks Investment Research were expecting earnings of 29 cents a share.

Xerox has been under pressure from activist investor Carl Icahn, who has argued that its business outsourcing service would be more valuable as a stand-alone company. Xerox said Friday that it will split into two independent companies by the end of the year. One will consist of Xerox's core printer and copier business, known as "document technology," which had 40,000 workers and about $11 billion in sales last year. The other will focus on "business process outsourcing," or providing back-office functions like payment processing and other services. The latter has about 104,000 employees and produced about $7 billion in revenue last year.

Names and leadership of the new companies are still to be determined. Xerox and Icahn reached a deal on the governance of the business outsourcing company. Under the breakup, Icahn will get to name three of the nine directors on that company's board. A search is also going to be started for an external candidate to serve as CEO of the business. Icahn will be allowed to choose an individual to observe and advise the committee that is performing the search.

Icahn said in a written statement that he believes the independent business process outsourcing company will enhance shareholder value. Xerox also announced plans to cut spending by at least $600 million, on top of earlier cost-cutting efforts.

Xerox bought ACS at a time when leading technology companies, including Hewlett-Packard and Oracle, were attempting to expand through large acquisitions and become "one-stop" providers of tech hardware and services to big corporate customers. But the rise of rise of "cloud computing" allowed smaller competitors to offer online services with more flexibility and lower costs than traditional outsourcing. Printing and copying has also suffered from the growing reliance on email, smartphones and tablets, which make it easy to view documents electronically.

Hewlett-Packard split into two companies last year. Xerox profits have fallen in all but three of the last 15 quarters. Moody's Investor's Service said it would put its ratings for Xerox on review for a possible downgrade, saying that the planned separation will result in two smaller, less diverse and less profitable companies than the existing Xerox. Meanwhile, Standard & Poor's Ratings Services downgraded its ratings for Xerox to "BBB-" from "BBB," one notch above non-investment grade, or junk status.

For the current quarter ending in April, Xerox expects its per-share earnings to range from 21 cents to 24 cents. It forecast full-year earnings in the range of $1.10 to $1.20 per share. Xerox shares rose 52 cents, or 5.6 percent, to $9.75. Its shares have fallen 28 percent over the past year.