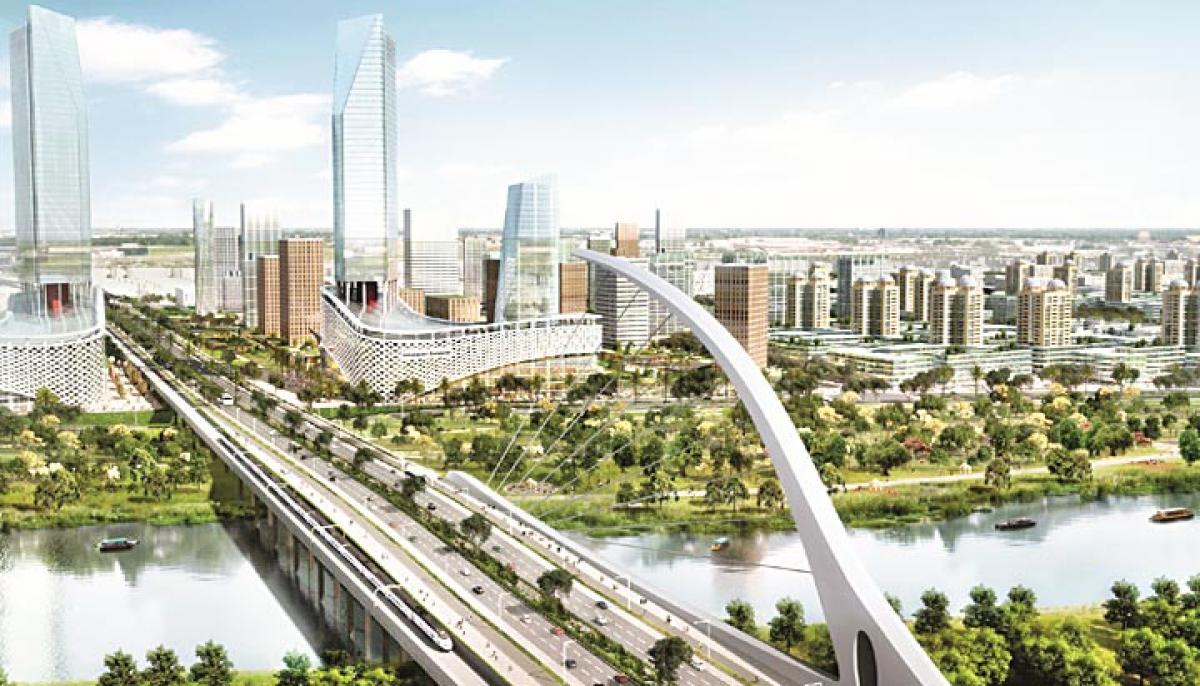 Notwithstanding the readiness the state government is in creating a world-class capital city, the global investors who promised to put in their funds are now caught in a slowdown web, the officials murmur in private, as the cause for delay in the flow investments.

Having friendly NDA government at the Centre and a weak opposition in the State, the Andhra Pradesh Chief Minister is confident of overcoming the hurdles in his task of building the capital city, and can thus keep his apple cart intact. Naidu has enough work on hand, though. He has to build Tirupati and Visakhapatnam apart from Amaravati, the capital city. The government is in the process of building industrial infrastructure in all the three regions by promoting sectors like engineering, manufacturing and agro-based units

Notwithstanding the readiness the state government is in creating a world-class capital city, the global investors who promised to put in their funds are now caught in a ‘slowdown’ web, the officials murmur in private, as the cause for delay in the flow investments. The fact remains that the state government is making all the efforts to acquire land and create conducive environment for the global majors to step in, the industry makes fresh demands for more liberal concessions in terms of labour and institutional finance.

In spite of high voltage publicity blitz, the AP government has failed to muster enough support from the international industry. Added to the woes, there is a slowdown in the economic recovery and resource generation in the residual AP and the economic cost of the bifurcation looks heavy. As K Chandrasekhar Rao points out in one of his election campaign recently, “I thought of donating Rs 1,000 crore for the proposed capital city of Andhra Pradesh, but did not do so when the Prime Minister himself made none.”

It is unfortunate that both the governments – State and Central – have not done any scientific estimation of costs in the development of a capital city for the state instead they have focused more on the private investment. In fact, the gross state domestic product (GSDP) of the united Andhra Pradesh in 2012-13 was at Rs 7,38,497 crore and according to an approach paper by CESS, during last decade, 2002-2012, the economy grew at an average rate of 8.2 per cent, with the average rate of growth reaching a high of 8.4 per cent in the last two years.

The growth performance of the State was better than the national average during both the 10th and 11th Plans, particularly in agriculture and industry sectors. But, the story is now different, especially after the split. Leaving high growth city, Hyderabad to Telangana, the state now can boast of coastal wealth and host of ports.

Interestingly, in review meeting the state’s Chief Minister, Naidu expressed confidence to achieve higher growth numbers and even achieve double-digit growth and targets a per-capita income of over Rs 10 lakh by 2029-30. However, all these has not enthused many investors who see well settled infrastructure is required for their investment to prosper.

Amaravati road map
The location of new capital on the banks of Krishna River has earned kudos but the seismic and environment issues weigh more internationally these days. The capital development area comprising 16.7 sq km to house AP Legislative Assembly, Council, High Court, Secretariat, Raj Bhavan, quarters for the ministers and officials. This project christened ‘seed capital area’ is expected to be completed by 2018-19, which will become home for about 3 lakh people.

Though the remaining business districts and hubs are planned, the government is yet to succeed in getting financial support from the Centre which is a precondition for the private investment to flock in. The master plan envisages nodes and corridors for a transit-oriented development approach with an integrated network of 12 km of metro railways, 15 km of bus rapid transit systems, 7 km of downtown roads, 26 km of arterial and sub-arterial roads and 53 km of collector roads.

What holds global investors?
The land and labour are the major hitches for the investors. The infrastructure investors are demanding, sources said, for long-lease of land, which may be a political issue. They do not want to apply local laws, especially on the issue of labour and trade activity. The state government has declared CRDA as a special zone and went to the level of creating ‘little Japan’ and can have their own security for their assets.

Interestingly, most of these concessions require Central government nod, and then only the state can start the activity. Thus, Naidu is not inclined to get special status for the state, but require the approval to go ahead with the financial closure of the project.