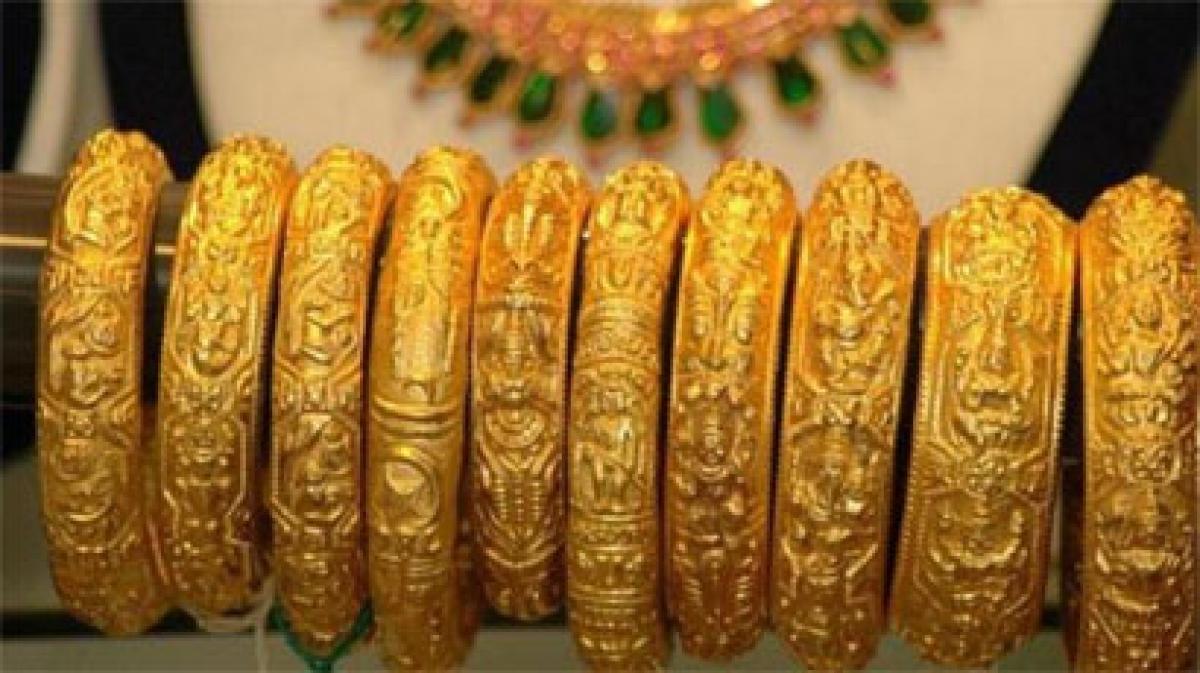 Gold on Friday clung to sharp overnight gains that pushed the metal to a one-year high, and looked set to post its best week in over four years as stock market turmoil stoked safe haven demand.

Gold on Friday clung to sharp overnight gains that pushed the metal to a one-year high, and looked set to post its best week in over four years as stock market turmoil stoked safe haven demand.

Stock markets fell worldwide on Thursday on fears over the health of the global economy and the banking sector, with MSCI's global stock index closing more than 20 percent below its all-time high.

Safe-haven assets shone across the board. U.S. 10-year Treasury yields hit their lowest since 2012, while the Japanese yen climbed to its highest in 15 months against the dollar.

"The risk-off sentiment that pervaded markets overnight saw gold briefly push above $1,260 amid rising safe haven buying, making it the best performing commodity in 2016," ANZ analysts said in a note.

Also helping gold was dovish comments from Federal Reserve Chair Janet Yellen. Testifying for a second day before U.S. lawmakers, Yellen again stressed that the U.S. central bank was not on a "pre-set" path to return policy to "normal" amid a worsening meltdown in global stock markets.

That, however, did not deter investors from piling on to gold, a non-interest paying asset, as expectations grow that the Fed would not be able raise rates this year.

Jeffrey Gundlach, the co-founder and chief executive officer of DoubleLine Capital, said on Thursday that gold prices are likely to reach $1,400 an ounce as investors lose faith in central banks.