Indian economy on a strong footing 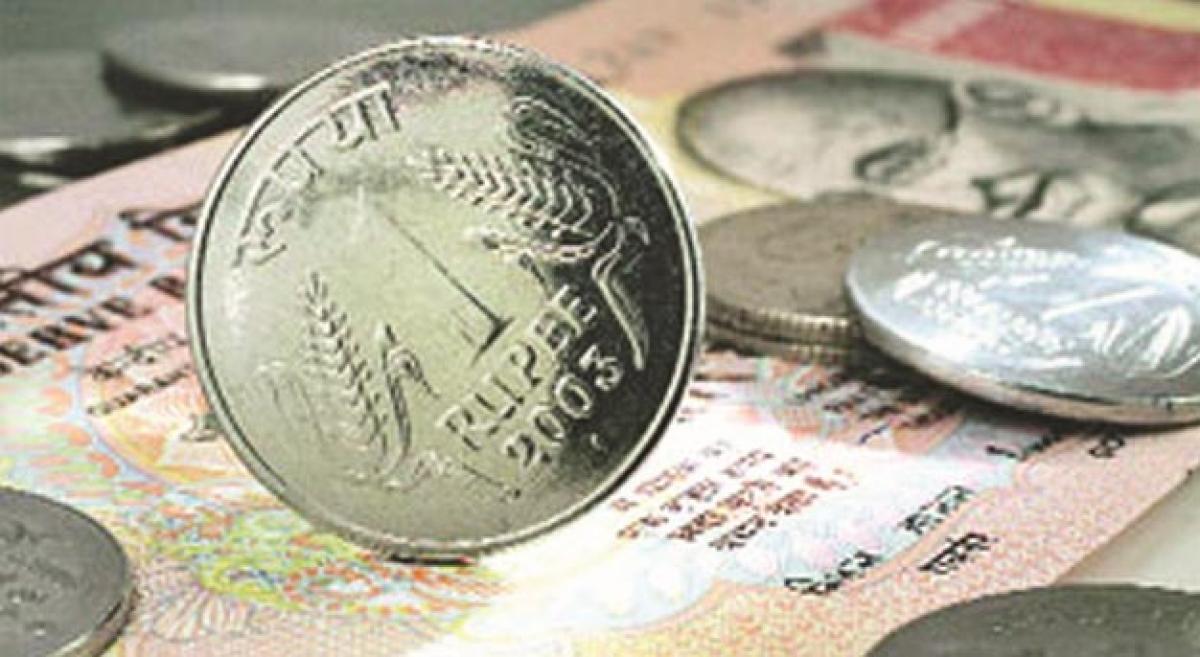 The mayhem in the stock markets led to BSE Sensex loosing 6.7 per cent during the week till Thursday (11 February). The accelerated sell-off by Foreign Institutional Investors (FIIs) on weak global economic outlook, more particularly the recent move of Bank of Japan to move towards negative interest rates, and concerns over the health of some of the Indian banks, triggered the market turbulence.

The GDP growth has consistently increased from 5.6 per cent in FY13 to 6.6 per cent and 7.2 per cent during FY14 and FY15 respectively. It is projected to grow at 7.6 per cent in the current fiscal. The growth has been sustaining for the last four fiscals and the sector-specific growth rate has also improved during various quarters of FY16, lending more stability to the economic upswing. Hence, International Monetary Fund (IMF) rightly considers India as a bright spot compared to other Asian counterparts

The mayhem in the stock markets led to BSE Sensex loosing 6.7 per cent during the week till Thursday (11 February). The accelerated sell-off by Foreign Institutional Investors (FIIs) on weak global economic outlook, more particularly the recent move of Bank of Japan to move towards negative interest rates, and concerns over the health of some of the Indian banks, triggered the market turbulence.

Even in the midst of such intense volatility in capital markets with BSE Sensex touching a new low (22951 on February 11) and global markets experiencing similar turbulence, there is some comfort from the trends emanating in the Indian economy. The emerging strengths of Indian economy should not be lost sight off.

The Gross Domestic Product (GDP) data of Q3 of FY16 is all set to infuse greater confidence to accelerate revival of the economy. The 7.3 per cent growth in Q3 is against 7.7 per cent in Q2 and 7.6 per cent in Q1 (both Q1 & Q2 GDP are revised). The nominal GDP is set to reach a size of $2 trillion which currently works out to $1.99 trillion at rupee-dollar exchange rate of Rs 67.94 ( February 8). Another noteworthy feature is its sustainability with progressive improvement in the growth trends of the economy.

Consistency of growth
As could be seen, the GDP growth has consistently increased from 5.6 per cent to 6.6, 7.2, 7.6 per cent during FY13, FY14, FY15 and FY16 (projected) respectively. There is visible uptick quarter-on-quarter that lends more credibility to the growth story. If the economy is to grow at 7.6 per cent in FY16, its growth in Q4 of FY16 has to be 7.8 per cent. The growth has been sustaining in the last four fiscals.

The sector specific growth rate has also improved during various quarters of FY16 lending more stability:
It can be observed that the revival of industrial growth from 6.8 per cent to 9.5 per cent during the year and service sector growth of over 9 per cent has aided the spurt. The manufacturing sector has to grow at 12.6 per cent during Q4, if the projected growth rates are to be achieved. When economy is on upswing, CPI-led inflation is also under control (below 6 per cent), fiscal deficit target of 3.9 per cent of GDP seems realistic and it may also be possible to contain fiscal deficit at 3.5 per cent in FY17.

In these circumstances, the journey of further fiscal consolidation may continue and the upcoming Union Budget can further vouch amplifying policy priorities. But the real concern is that investment is not picking up to add to the sustainability. The gross capital formation in FY16 is 29.4 per cent of GDP as against 30.8 per cent in FY15. The private investment need to be stepped up.

Further, with obvious slowdown in China, its GDP recorded a growth of 6.8 per in Q3 of FY16 whereas India now stands tall with growth rate set at 7.3 per cent. Other BRICS countries too are trailing far behind during Q3 of FY16 with Brazil de-growing at 3.0 per cent and Russia at 3.8 per cent. Hence, International Monetary Fund (IMF) rightly considers India as a bright spot compared to other Asian counterparts.

In view of global economy still being lopsided, India is in comfort zone with most of its parameters relatively doing well. But due to its global interconnectedness, there are challenges which need to be tackled on priority.

Challenges for banks
Huge pile of burgeoning Non-Performing Assets (NPAs) is pushing many state-owned banks into losses. The Q3 (October-December 2015) results of banks reveals the magnitude of the asset quality woes. If government has to bail them out, such a move will put pressure on its fiscal prudence.

But identifying NPAs and making provision against them is a proactive prudent policy akin to the international standards and it does not mean that these loans are not recoverable. After these NPAs are recovered, the provisions made today will add back to profitability of banks. Only when identification is done that banks will be able to apply rigorous norms and recover the loans.

With Indian economy reviving fast, every state focusing on creating an ecosystem compatible to ‘Ease of doing business’ and government coordinating intensely to revive the stalled projects, banks can look forward for the corporate sector to repay their loans, leading to further strengthening of the banking system.

Hence, it is necessary to recognize the evolving positive aspects of the economy and not to get swayed with the gyrations in the market alone. The market players should perceive the evolving dynamics and maintain ‘calm’ in ‘storm’, particularly keeping in mind the strengthening economy.