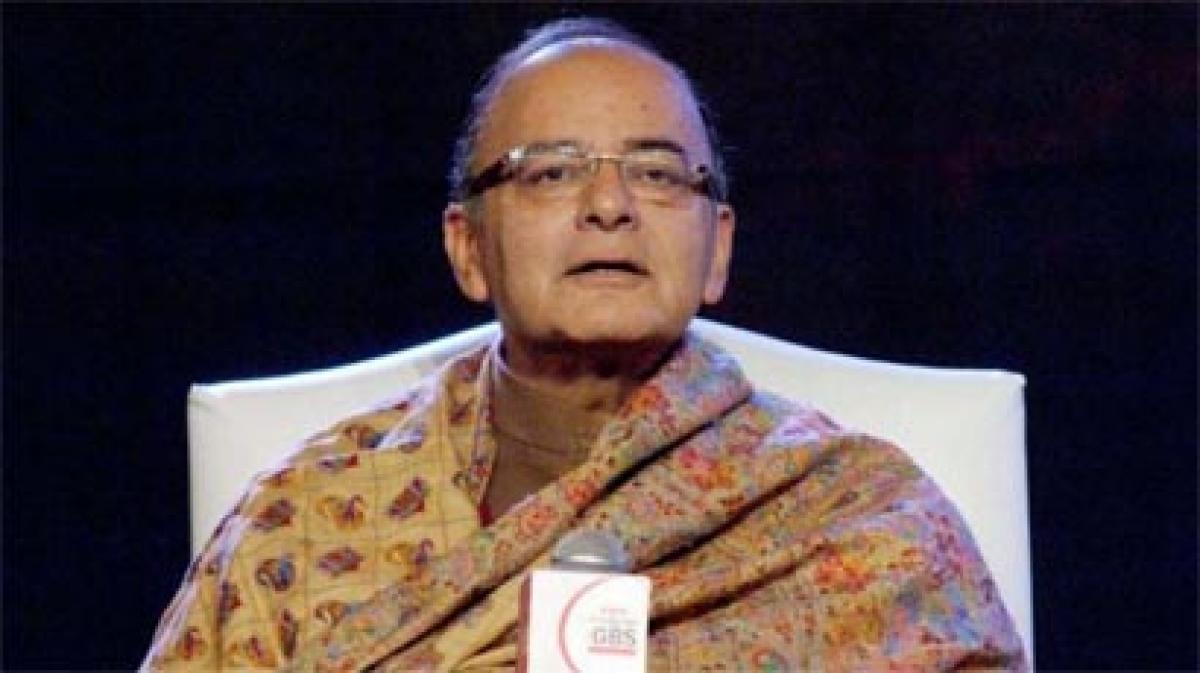 A $16 billion pay rise for India\'s public servants and costly food and farm programmes could force the country\'s finance minister to cut capital spending in its annual budget, officials and economists say.

A $16 billion pay rise for India's public servants and costly food and farm programmes could force the country's finance minister to cut capital spending in its annual budget, officials and economists say.

A populist budget, ahead of assembly elections in four states this year, could stoke inflation even as structural measures such as Modi's proposed tax and labour reforms look less likely.

It could also eat into capital spending needed for railways, roads, ports and power projects, seen as vital to India's integration into the global economy.

"It is not going to be a revolutionary or inspirational (budget) ... given the spending pressures," said Shilan Shah at Capital Economics. "It is most likely to lead to a sell-off in the bond market if the salary increase is implemented."

Jaitley presents his third budget on Feberuary 29 and is expected to implement the recommendations of a government commission to raise pay for 10 million federal government workers and pensioners by 23.5 percent.

While that hike would boost demand, economists question whether a policy dating back to an era of double-digit inflation is justified today, when Reserve Bank of India Governor Raghuram Rajan has driven consumer price growth below 6 percent.

Officials with direct knowledge of budget discussions said Jaitley could raise taxes on services and petroleum products to help cover the extra outlays.

He would still have some room to ease tax rules on foreign investment and hit his deficit target of 3.5 percent of gross domestic product in the 2016-17 fiscal year. People familiar with the process say Modi is much more involved in setting the deficit target than previous leaders.

The promised pay hike, an increase in food subsidies and a new crop insurance scheme for farmers would cost at least 1.2 trillion rupees ($17.5 billion) - equivalent to 0.9 percent of forecast GDP in 2015-16.

Government workers get a hefty wage hike every 10 years, a populist wage policy that dates back to independence, in addition to half-yearly and annual increments linked to prices.

Unsurprisingly, government jobs are highly sought after in India where most private-sector employment is informal: last year 2.3 million people applied for 368 low-level state jobs in Uttar Pradesh that required only a primary school education.

Rajan, who cut policy rates by 125 basis points in 2015, has said the pay commission award, if implemented, could lead to higher inflation for one to two years.

Much depends on the timing of the government pay rises, which sources say could take retroactive effect on Jan. 1, 2016. Economists and ratings agencies say the fiscal deficit target may have to be raised to 3.8 percent of GDP to cover the hike.

Analysts say the country's finances and economic performance, a rare bright spot for emerging markets over the past two years, are now under close investor scrutiny.

Foreign investors have been net sellers of Indian stocks and bonds this year, erasing all of the gains in the Sensex since Modi's landslide general election victory in May 2014.

Despite the windfall of low oil prices, half of which was clawed back through higher energy taxes, India's consolidated fiscal deficit exceeds 6 percent of GDP and the national debt, at 68 percent, is high by emerging market standards.

And although growth is forecast at 7.6 percent in the current fiscal year, India's banks are hobbled by growing bad debts and do not have the means to fund new growth projects.