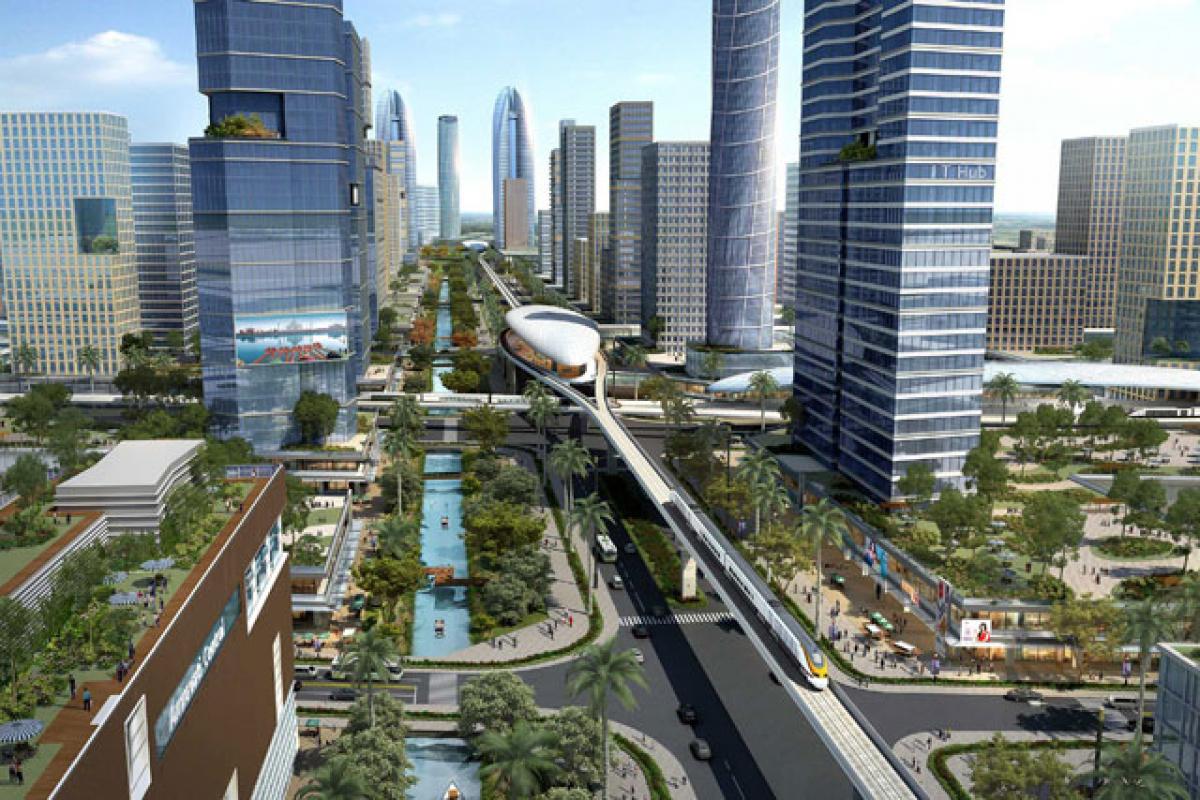 It is a highly ambitious road map that Andhra Pradesh government has fixed. It targets to achieve double digit growth rate, 15 per cent, by 2016-17. But Nara Chandrababu Naidu is known for setting higher goals and hard driving the administration towards achieving it. And even at this juncture of slackness, Andhra Pradesh may still achieve a GSDP of 10 per cent.

It is a highly ambitious road map that Andhra Pradesh government has fixed. It targets to achieve double digit growth rate, 15 per cent, by 2016-17. But Nara Chandrababu Naidu is known for setting higher goals and hard driving the administration towards achieving it. And even at this juncture of slackness, Andhra Pradesh may still achieve a GSDP of 10 per cent. He points at a brain storming session recently, “It is not impossible to achieve what we have set out for. We are leading in power generation, achieving industrial progress and lot of economic activity is taking place.” The truth is that Andhra Pradesh has abundant natural resources in the form of minerals, natural gas, commercial crops, and forest produce and sea wealth. Only it required a multipronged strategy for optimum utilisation of resources with a vast pool of skilled manpower.

The road map set by Andhra Pradesh Government to achieve a 15 per cent growth in its Gross State Domestic Product (GSDP) by the year 2016-17 may not be just a dream provided the State put all energies in generating enough finances for exploiting the natural resources in a profitable manner and focus more on the uniform development of the state rather concentrating only in creating capital city, Amaravati.

It may not be a new thing for Chandrababu, a self-proclaimed CEO of AP, to develop the state and revive its past glory, as he had already identified growth engines and also given initial thrust by roping in global construction majors augmenting investments besides organising CII’s Partnership Summit in Visakhapatnam showcasing the State’s potential.

But the bystanders opine otherwise, they see him battling on both fronts - the twin fronts of political and economic. Now-a-days he is focusing more on politics attempting to beat birds with a single stone – sharing power, say observers.

Ahead of the State’s annual budget next month, Chandrababu’s prime task is to cover up the huge revenue deficit hovering on the state since the bifurcation of the State.

As per the revised estimates, revenue deficit is amounting to Rs 14,243 crore in the year 2014-15, which was in surplus in the previous year, in the combined state. Even the fiscal deficit for the same year estimated over Rs 20,000 crore.

Of course, the jugglery of numbers may show a gradual fall in the fiscal deficit but it may not be sufficient in sourcing central assistance for capital building.

Although, the state leadership could enhance the confidence levels of people to some extent that it can rise global and domestic funding for the proposed projects like metro rail, airports, expressways etc., it is still far away in realising.

On the macro numbers, there is a swift upward surge in the agriculture & allied sectors registering a phenomenal growth rate at 47.1 per cent at constant prices. Fisheries and livestock are the main contributors for the significant growth not only in agriculture but also to overall GSDP, official circular pointed out. However, the experience shows that the agriculture growth rate always stuck to be single digit.

Four districts Chittoor, Nellore, West Godavari and Srikakulam out of the total 13, are providing major contribution for achieving the GSDP of 10.5 per cent. These are traditionally agriculture driven districts thus it implies agriculture is still the main stay for the state’s economy.

Meanwhile, the AP government has come up with a new concept of Knowledge Economy Zone (KEZ) to propel the economy and become the harbinger of economic stride of the residual Andhra Pradesh.

With a vision that Amaravati should outrank Hyderabad in the overall growth potential, Chandrababu Naidu has mooted KEZ, a first of its kind in the world (the government claims), in collaboration with World Economic Forum and Harvard University.

Naidu’s plan, if it materialized, would automatically catapult Amaravati into a hot choice and destination for investment in infrastructure development of the new capital city, hope officials.

The proposed KEZ will focus on knowledge driven economic development partnering with industrial body like CII. Its first phase is expected to start in June 2016 and will become operational by 2017, as per plan revealed by the government. Initially, the project is provided about 10 acres land and gradually scaled up to 100 acres by 2019.
If it is successful, Naidu wants to replicate it in each of the 13 districts on the lines of industrial estates focusing on knowledge based technologies which can lead to fusion of both the economic activity and state’s administration.

The project will utilize the existing infrastructure like fiber grid spreading over 23,000 kms in the first phase (with an investment of Rs 333 crore). The fiber network will become heart for the KEZ project which facilitates the OFC networking.

The KEZ will soon become the backbone of not only the state administration but also the economy as it could henceforth manage all welfare, revenue, hospital and education programs and also interface with the central programs to facilitate synchronization of all finances for the project.

Though the wireless and wired connectivity will bring revolution in providing ‘ease of living’ in the state but it cannot be done in isolation. People should welcome the paperless administration and even legal system should support the activity, only then the plans of creating cyber connectivity will work efficiently. However, any initiative toward the development of basic infrastructure is welcome.