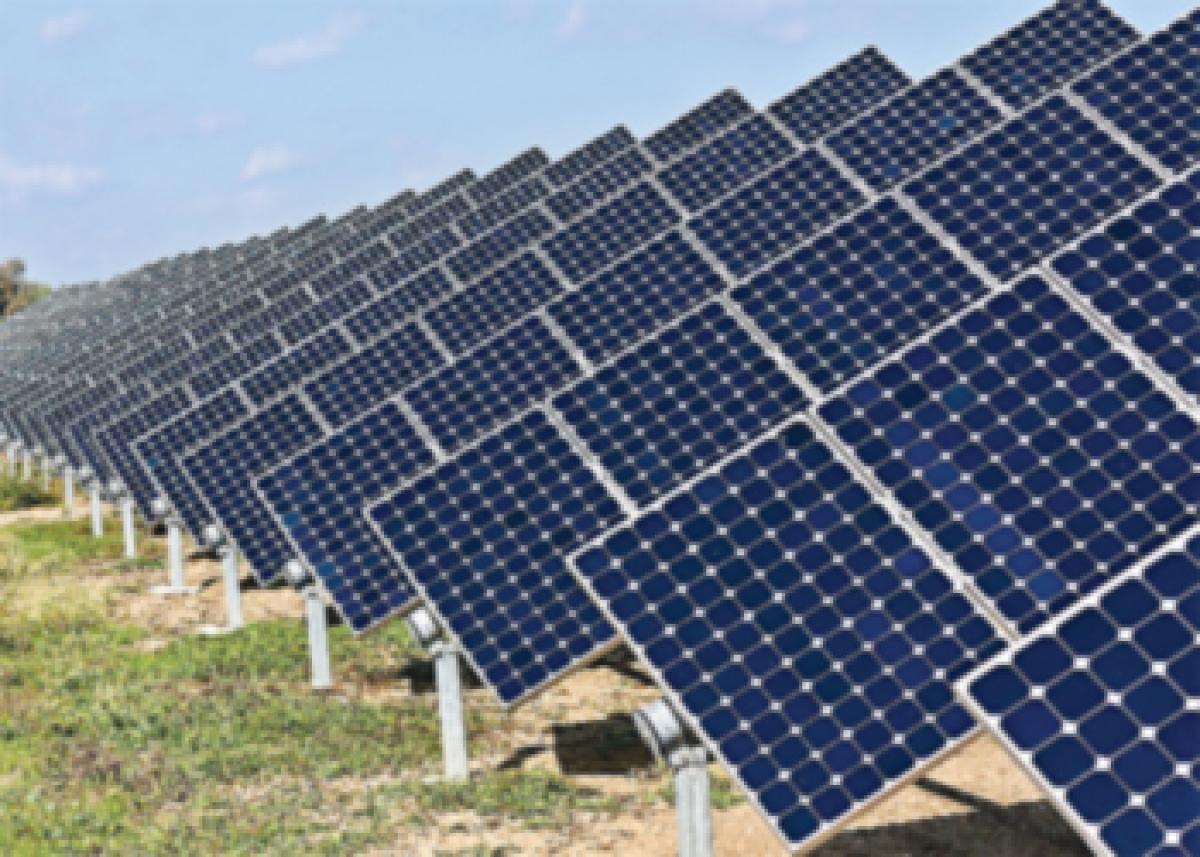 Renewable-energy generation in India was 61.8 billion units, versus 36.1 billion units of nuclear-power generation during the financial year (FY) 2014-15. Renewable energy accounted for 5.6 percent of electricity generated in India, against 3.2 percent for nuclear power.

Now it accounts for 5.6 per cent of electricity generated in India, as against 3.2 per cent for nuclear power

Renewable-energy generation in India was 61.8 billion units, versus 36.1 billion units of nuclear-power generation during the financial year (FY) 2014-15. Renewable energy accounted for 5.6 percent of electricity generated in India, against 3.2 percent for nuclear power.

Renewable energy has been growing at a faster pace than nuclear power over two years. During 2013-14 and 2014-15, renewable energy grew at 11.7 percent and 16.2 percent, respectively, while nuclear-power growth has been almost flat over the same period.

If the 2022 solar target is met, it will become India's second largest energy source. The bulk of India's renewable energy comes from wind, but solar energy is growing faster with installed capacity reaching 5,775 mega watts (MW) in February 2016.

The national solar mission has set a target of 100,000 MW of solar power by 2022. If this target is met, renewable energy will become the second largest source of power for India after coal, and ahead of hydropower, natural gas and nuclear energy.

Nuclear power capacity in India is 5,780 MW. Another 1,500 MW is under construction and another 3,400 MW has been cleared a total of 10,680 MW by the end of the decade. Renewable energy's growth is propelled by the falling costs of solar and wind energy, as IndiaSpend reported.

In November 2015, US based SunEdison offered solar electricity in India at Rs.4.63/unit. In January 2016, this was followed by a Finnish company, Fortum Finnsurya, offering solar power to the National Thermal Power Corporation (NTPC) for Rs 4.34/unit.

At these prices, solar electricity is already cheaper than electricity coming from newly built hydro- and nuclear-power plants. For instance, India is now starting work on a Rs 39,849-crore expansion (2 units of 1,000 MW each) of the Kudankulam Nuclear Power Plant, Tamil Nadu, due to be completed by 2020-21. Electricity from these reactors-if they are completed on time-will cost Rs 6.3/unit.

Past experience in India and elsewhere suggests this is unlikely. Work on Units 1 and 2 of the Kudankulam Power Plant began in 2001 and was supposed to be completed by 2007 and 2008. Unit 1 began commercial operations in December 2014 while Unit 2 is yet to be commissioned.

This experience is mirrored in other countries: a power plant being built by the US firm Westinghouse is more than three years behind schedule; a French company, Areva, is building a reactor in Finland, about nine years behind schedule. Both Areva and Westinghouse are among the four foreign companies that want to build reactors for the Nuclear Power Corporation of India.

While nuclear power plants typically take more than a decade to build, solar farms and windmills can be erected in a few weeks to a few months, with capacities that range from 0.1 MW to 1,000 MW.

Also, nuclear power plants are owned and operated in India by one company, the Nuclear Power Corporation of India. Solar and wind-energy installations have been set up by private individuals, airports, banks, oil companies and educational institutions.

Apart from shutdowns such as this in Kundakulam and the one referred to in Gujarat making nuclear power more expensive, there is also the issue of nuclear liability: Who pays in case something goes wrong? Foreign companies want to build reactors in India, but don't want to face resultant liabilities, as IndiaSpend reported.
But renewable energy has its own problems. The single biggest problem of renewable power is its intermittent nature. The sun does not always shine, and the wind does not always blow.

An interim solution can be to use renewable energy when it is available, and turn to natural gas, a fuel much cleaner than coal, at other times. India has more than 24,000 MW of natural gas-fired power plants enough to supply almost 10% of current electricity demand mostly idle due to lack of cheap fuel. The drop in international gas prices offers an opportunity to fire them up again, as IndiaSpend has reported.