Tata Motors to bid adieu to Nano from April 2020 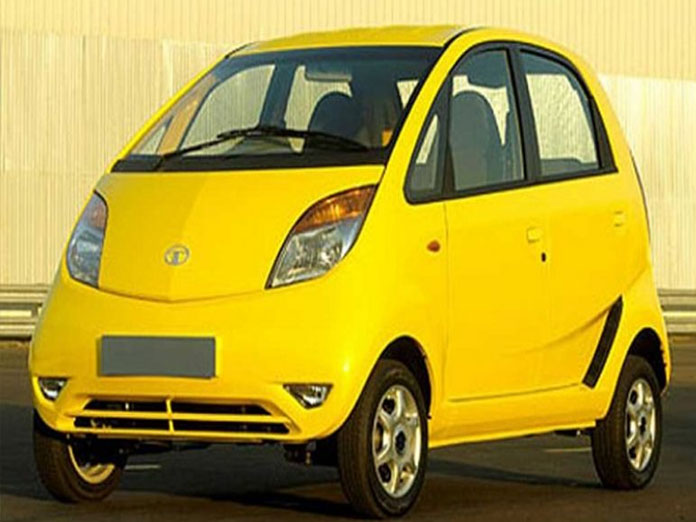 Tata Motors has no plans to invest and upgrade Ratan Tatas dream car Nano to meet BSVI standards, a senior company official said Thursday indicating that the production and sales of the vehicle would stop from April 2020

Hyderabad:Tata Motors has no plans to invest and upgrade Ratan Tata's dream car Nano to meet BS-VI standards, a senior company official said Thursday indicating that the production and sales of the vehicle would stop from April 2020.

"Nano is produced at our Sanad plant (Gujarat)..

and Nano is one of them," President of Passenger Vehicle Business Unit, Tata Motors, Mayank Pareektold reporters.

The entry level car, brainchild of Ratan Tata who envisaged giving a safer and affordable alternative to families riding on two-wheelers, received lacklustreresponse from the Indian consumer.

It was launched in 2009 with an initial price of about Rs one lakh.

Pareek also indicated that some of the existing products of Tata Motors would also be discontinued owing to the BS-VI norms.

However, he did not specify the other passenger vehicles that would be discontinued.

On the BS-VI vehicles, he saidit was a challenge for auto makers as the Supreme Court guidelines do not allow car registrations other than BS-VI after April 1, 2020.

"Basically today we (Tata Motors) have 5 or 6 products (in passenger vehicle segment).

They will be refurbished and modified. For Industry is the biggest challenge. BS-IV stock should become zero by April 1, 2020," he said.

For April-December period, the company has grown by 22.4 per cent.

While the industry grew by 4.4 per cent.

Three years back Tata Motors had market share of 2.8 per cent in passenger car segment and it has not reached to nearly seven per cent.

Currently it caters only 60 per cent of the car market and aims at covering 90 per cent by launching new products by 2021-22.

According to him, the lastfestival season was not good in terms of car sales in the country as therewas "stress" in the liquidity marketand as a resultpeople getting loans has become "slower".

On the Electric vehicles, he said though they have technology to develop EVs, there is no enough charging infrastructure available in the country.

To a query, he said the waiting period for the new vehicle is roughly three months.