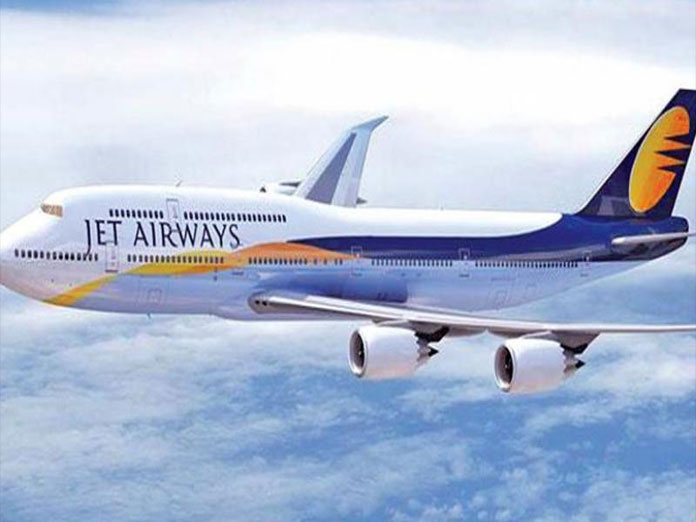 The company had posted a standalone net profit of Rs 165.25 crore in the same quarter previous fiscal,

The company had posted a standalone net profit of Rs 165.25 crore in the same quarter previous fiscal, Jet Airways said in a statement.

However, on a consolidated basis, the airline posted a net loss of Rs 732 crore for the quarter, against a net profit of Rs 186 crore for the same period last year.

The carrier said revenue from operations during the quarter under review stood at Rs 6,147.98 crore as against Rs 6,086.20 crore in the year-ago period.

In another development, the airline's board approved bank-led resolution plan (BLRP), entailing conversion of lenders' debt into equity, making them the largest shareholder in the airline.

"Jet Airways continues to make steady progress on its operational and financial turnaround and with todays approval of the Bank led Provisional Resolution Plan by the board, we remain confident of delivering a more strategic, efficient and financially viable airline," Jet Airways chief executive officer Vinay Dube said in the statement.

Despite improvement in RASK (revenue per available seat kilometre) which grew by 2.6 percent during the quarter over the period year-ago due to seasonal, demand-led strengthening of fares, higher costs due to the price of Brent crude, which saw an increase of 29 percent y-o-y and the rupee depreciation impacted the airlines overall business performance, it said.

Besides, the airline flew 6.9 percent less passengers at 7.17 million during the quarter over the previous year while revenues from codeshare and interline guests for the quarter rose by healthy 12.8 percent over Q3FY18 even as passengers on codeshare flights grew by a meagre 1.1 percent on a YoY basis.

The airline also said it will implement strategic changes in its current distribution process from next fiscal.