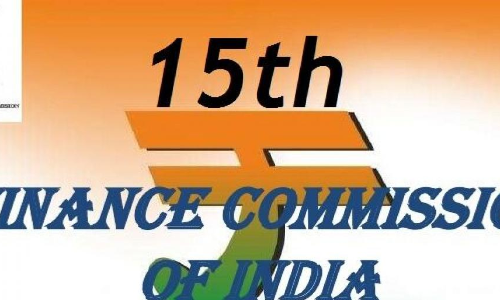 The terms of reference of 15th Finance Commission have become bone of contention between the opposition and ruling BJP. But, beyond the election eve rhetoric the issue has grave implications for federal finances in India.

The terms of reference of 15th Finance Commission have become bone of contention between the opposition and ruling BJP. But, beyond the election eve rhetoric the issue has grave implications for federal finances in India.

The 15th Finance Commission was asked to consider 2011 Census for arriving at population weightage for devolution of Central funds to states instead of the earlier practice of 1971 census.

The 14th Finance Commission has given only 10 percentage weightage for 2011 census. This change will have far reaching implications not just for fiscal federalism in India but has the potential to alter the political power dynamics of the country.

The states which have successfully contained population growth rates will now be punished with reduced allocations through the instrumentality of the commission. Most of the south Indian states will be at loss.

Population of the northern states grew 142 per cent during 1971-2011, compared to 86 per cent in the southern states. The north Indian states that have lagged behind controlling the population will be incentivised through higher fiscal transfers as these states will be beneficiaries of changed population criteria in the new Finance Commission.

The North-South fiscal divide has its inevitable political connotations too. The BJP that rules the Centre is not in power in the south of Vindhyas. On the contrary the states that will be benefitted by alternate criteria are ruled by BJP.

As of now, not just the devolution of Central funds take1971 Census into consideration even the Parliament seats are fixed on this criterion. If the 15th Finance Commission's terms of reference to decide the Central transfers to states is based on the 2011 census, in future, the same can be applied to Parliament seats too. This would further upset the political balance in favour of north Indian states where the BJP is strong.

The states like Uttar Pradesh and Bihar dominate the Indian political scene as they have the highest number of seats in Lok Sabha. If 2011 census is applicable to decide the number of Lok Sabha seats, south India will further be politically marginalised.

Population is an important criterion that significantly affects a state’s share of the devolution pool. This is because it enters the computation of state shares both directly and indirectly. The XIV-FC allotted a weight of 17.5% to 1971 population. Directly, 17.5% of a state’s share in the divisible pool was determined on this basis. Indirectly, the 1971 population figure was also used to scale the income distance criterion (to which it had allotted a weight of 50%).

Not just the population criteria, even other terms of reference are also heavily loaded in favour of Centre.

This controversial term of reference raised concerns among states that the Centre may retain larger share of resources by increasing the number of centrally sponsored schemes (CSS).

In fact, the states have greater fiscal burden compared to Central government. State governments are responsible for spending around 58 per cent of the combined expenditure of the union and state governments. This only indicates the justification in demanding higher share of tax resources for states.

As per the article 275 of the Constitution of India, states are provided with grants to cover the post devolution revenue deficits of states. This is aimed at ensuring fiscal balance between stronger and financially weaker states.

But now the 15th Finance Commission was asked to examine the need for providing revenue deficit grants at all.

The terms of reference further state that the Finance Commission may consider proposing measurable performance-based incentives for states at the appropriate level of government in several areas.

Such so called performance linked incentives would only erode the fiscal and policy autonomy of state governments resulting in Central government deciding the priorities of state governments. The federal polity of India allows for coexistence of governments led by different political parties at the centre and in states.

In fact, the states have been more fiscally prudent than the Union government. All states fiscal deficit for 2017-18 budget estimates is 2.7 per cent of GDP which is much below the union government's fiscal deficit of 3.5 per cent. How can the Centre impose conditionalities on states that are performing better than it? But, the TOR of 15th Finance Commission may significantly reduce the fiscal deficit and Debt-GDP ratio permitted for the states and will severely curtail the fiscal space available to states.

The TOR also indicates discouraging populist schemes. But, what constitutes a populist scheme depends on the priorities of a government and should be seen from a political perspective. How can Finance Commission decide on the populist character of a welfare scheme?

The terms of reference of 15th Finance commission have a potential to reduce the share of the states in the overall tax devolution, squeeze the fiscal space available to the states, impose unacceptable conditionalities and privilege Centrally sponsored programmes over state programmes.