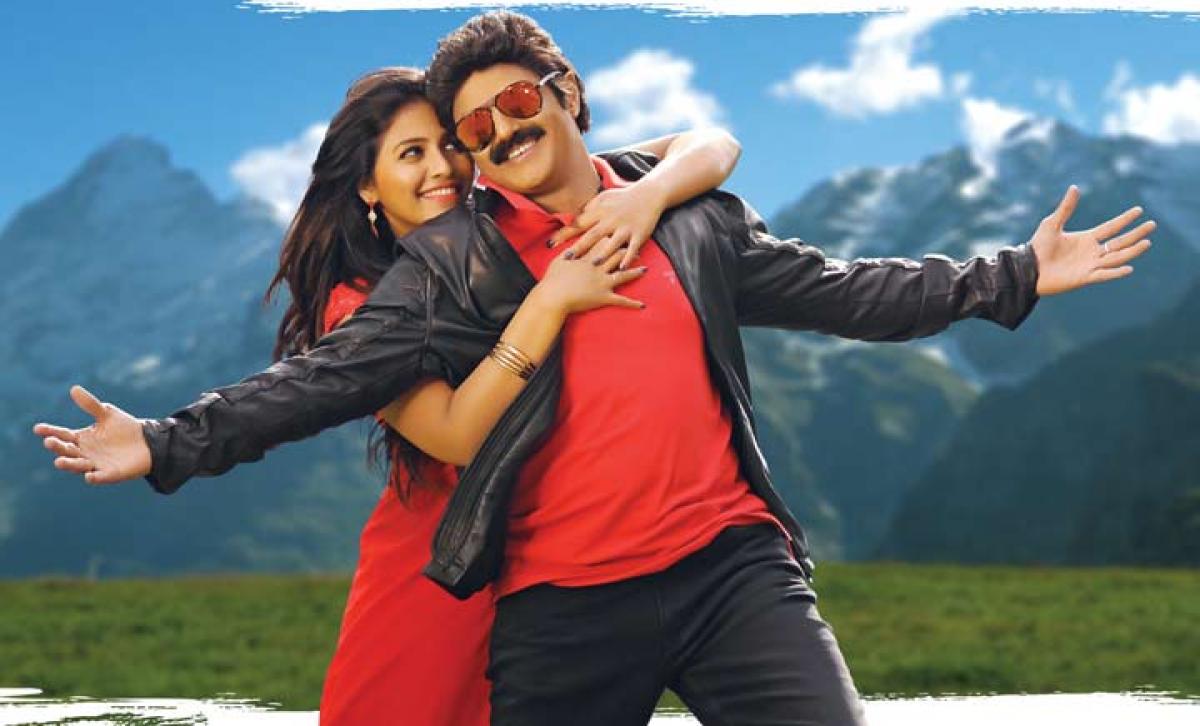 ‘Dictator’ Chandu is a manager in a departmental store where he is accused of being less present in the mart and more in the women’s heart’. Courtesy - his chivalrous behaviour.

‘Dictator’ Chandu is a manager in a departmental store where he is accused of being less present in the mart and more in the women’s heart’. Courtesy - his chivalrous behaviour. Of course, he is strict with his in-laws and family, making them eat healthy and live in peace, side by side. This is just one example of the many ways in which Balayya is built up, as is expected, throughout the 156-minutes.

If only this kind of a deification of the aging hero was backed by a racy, interesting family action thriller, one knows, things would have been happier. Alas! That is what is not seen happening in this Sriwass-directed venture, the 99th of Balakrishna which has queued up as yet another Sankranti release.

A jumbled up mish mash of a series of Balakrishna hits, with his business tycoon role resembling the Suriya-starrer ‘Ghajini’, this out-and-out masala mix of a film does not attempt to do anything new or interesting. It just plods on weak writing and wafer-thin story and shifting from one sequence to another.

It attempts in vain to take the loyal fans of his back to the ‘dual identity’ phase of his films where he is shown as one before interval and emerging as the real one later. A game changer then, sadly, it is no more a hit formula anymore. So, what one watches with diminishing interest levels as characters come and go in the film, is a story which makes the hero look a subdued, normal human being, separated from his wife and staying with his in-laws.

The first half is all about how he gets involved with Sonal Chauhan and her troubles with the bad elements, where he shows he has mettle and metal too, when the time comes. Post-interval, the film moves into another war zone when the next set of evil elements, led by Rati Agnihotri (an ordinary performance) clash head-on with the business baron Balayya.

The bone of contention being a piece of real estate in which a spinning mill is located, which is close to the hero’s heart for family reasons. As expected, the rest of the film is about the endless games of one upmanship, between Agnihotri and Balayya, with bodies piling up on both sides.

There is a pointless sidetrack of the plot to show the dictator’s love interest, played adequately by Anjali, but it ends up testing the viewers, who by now manage to see the writing on the wall clearly. Real fans would like to wait for the 100th film, now that the nervous 90s are over, one feels, as this film is a huge letdown.