Amaravati pays homage to its legend 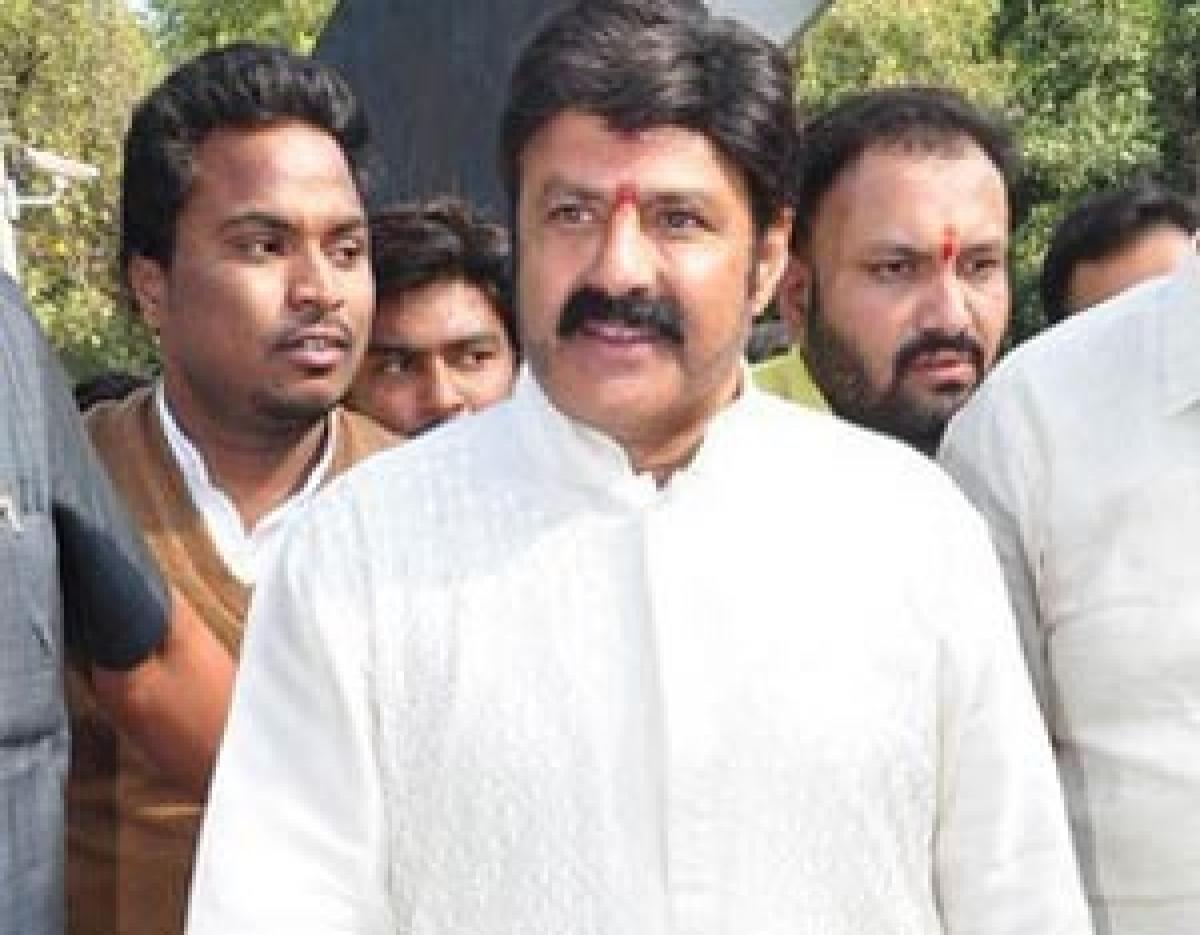 The 20th death anniversary of Telugu Desam Party founder and former chief minister later N T Rama Rao was observed by the party leaders at various parts of the city on Monday.

The legendary actor remembered on his 20th death anniversary
The Nandamuri clan observed the 20th death anniversary of actor and former Chief Minister NT Rama Rao in Hyderabad on Monday. Balakrishna, Jr NTR and Kalyan Ram (accompanied by father Harikrishna) along with other family members paid homage to the legend at NTR Ghat, on Monday. Nara Lokesh and wife Brahmani too paid floral tributes to the actor at the ghat amid slogans ' NTR Amar Rahe'.

The 20th death anniversary of Telugu Desam Party founder and former chief minister later N T Rama Rao was observed by the party leaders at various parts of the city on Monday. The entire city was decorated with yellow flags and banners, while some favorite numbers of N T Rama Rao were played throughout the day from the tents put up at all vantage points.

Speaking on the occasion, Kala Venkata Rao said that it was NTR who laid foundation for the implementation of welfare schemes for the well-being of backward classes in the State. He exhorted the party cadre to get inspiration from the great leader for strengthening the party from grass root levels.

Another programme was organised near SRR College where Central MLA Bonda Umamaheswara Rao and City Mayor Koneru Sreedhar recalled the services rendered by the great leader in regaining the prominence of Telugu Speaking people at national level through establishing TDP in the State.

Meanwhile the city, TDP leaders and party cadre also participated in the blood donation camps, distribution of clothes and feeding to the poor people and various other service activities as part of the anniversary at Shikhamani Center, NTR Circle, Patamata, Vastralatha Complex, One Town, Chitti Nagar, Gundala, Ramavarrapadu , Ajith Singh Nagar and Gollapudi areas in the city.