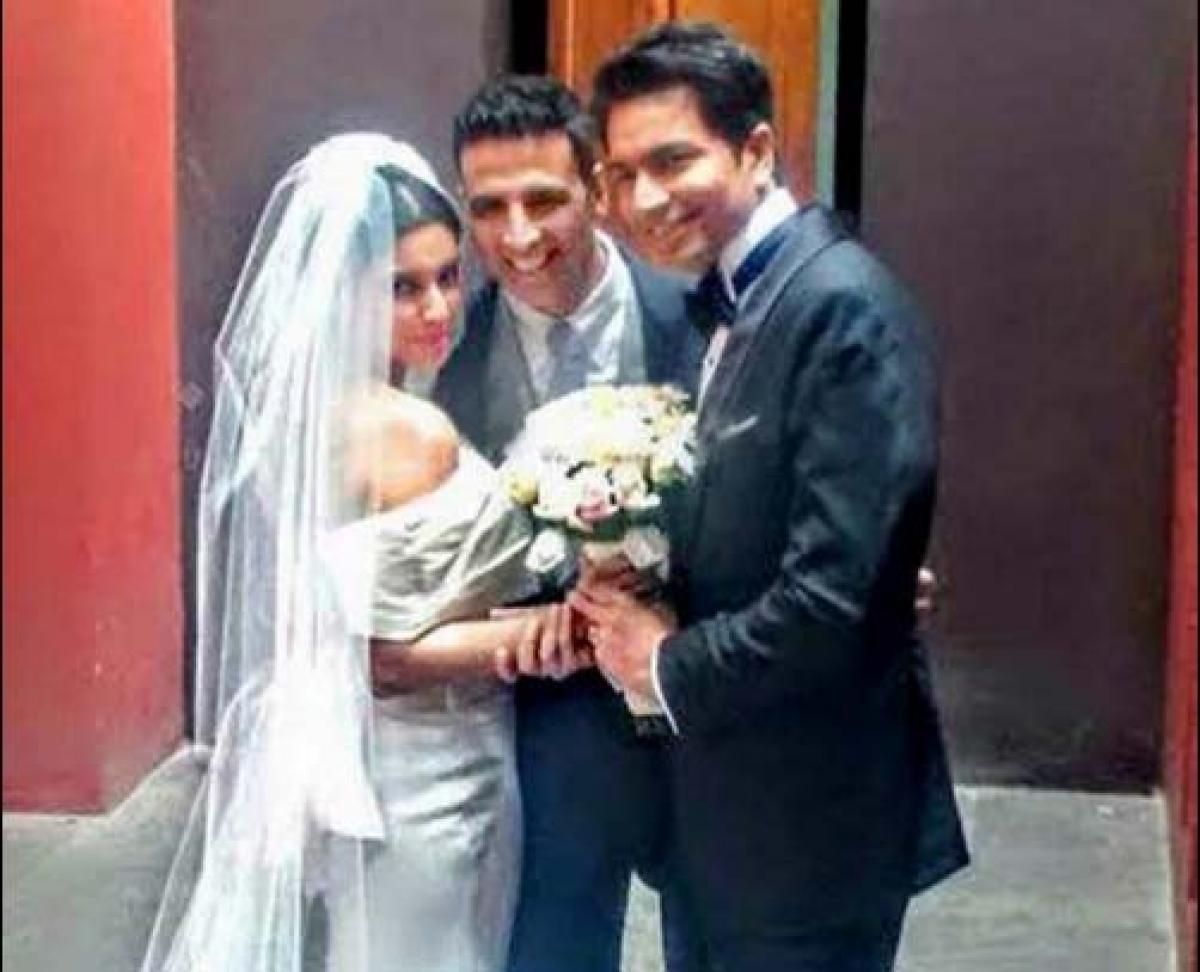 Asin's 'Housefull 2' co-star Akshay Kumar, who introduced her to Rahul Sharma, served as the best man and was present on both occasions.

"It was a beautiful wedding. Everyone looked amazing. Akshay was present. It was Asin's idea to have a Catholic wedding. We all are very happy," said a close relative of Rahul.

Delhi-based music group Elohim Worship band performed at the wedding. "Everything went great at the wedding. We played some 2-3 songs. Asin looked beautiful in her white gown. We had a rehearsal yesterday," said a band member.

The wedding rituals began around 11 and went on for about 30 minutes. They had a second ceremony as per Hindu rituals in the evening at the same venue.

The wedding will be followed by a reception in Mumbai.

Celebrity designer Sabyasachi, who designed Asin's lehenga-choli for her Hindu nuptials, posted this image of the radiant bride and her groom after the wedding ceremony.