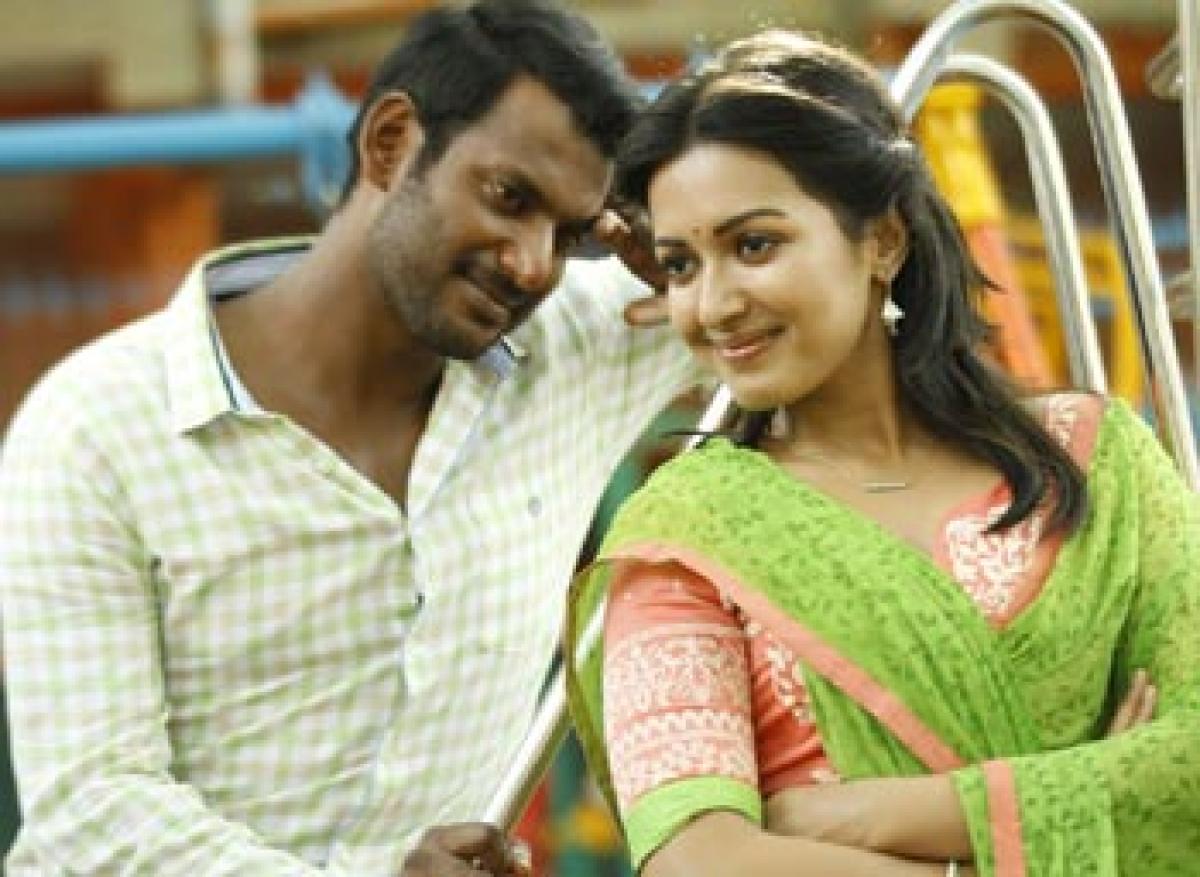 Going through a lean patch of late in Telugu, actor Vishal is confident that his Sankranti success in Tamil, ‘Kathakali’, will do well in Telugu too....

Going through a lean patch of late in Telugu, actor Vishal is confident that his Sankranti success in Tamil, ‘Kathakali’, will do well in Telugu too. It will open across the two Telugu speaking states shortly.

“The film has nothing to do with ‘Kathakali’ dance form. It’s a murder mystery and is completely different from what I’ve done earlier. It is about various emotions and reactions of the lead character who encounters one-life changing incident after another.

“It unfolds in a day and its running time is only two hours and three minutes,” said Vishal at a promotional event of the film in Hyderabad on Wednesday.

The film is directed by National-award winning director Pandiraj while Vishal, who has Catherine Tresa as his leading lady, has steamrolled it under his banner Vishal Film Factory.

Talking about his much-talked about sequel to ‘Pandem Kodi’, Vishal commented, “It will roll in March. Since I’m collaborating with Lingusamy after a decade, we took extra care with the script, which has been finally locked. The film will continue from where it ended and it will see actors from both Tamil and Telugu in key roles.”

Rojalin Harichandan Alias Roselyn Dsouza Perfectly States On How She Prepares For Her Acts Before Going On...