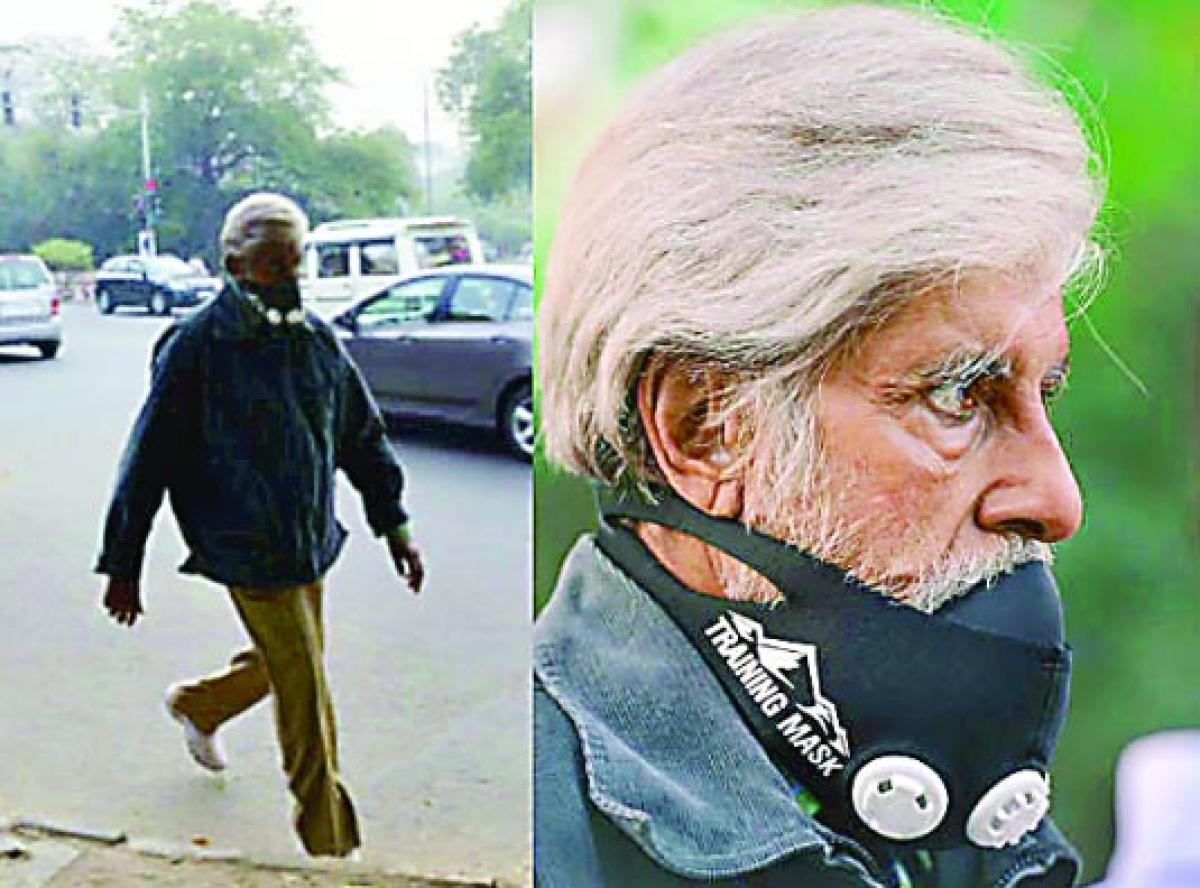 Amitabh Bachchan, who is shooting in the national capital for Shoojit Sircar-'s film, went incognito and walked on the streets of the city without...

Amitabh Bachchan, who is shooting in the national capital for Shoojit Sircar's film, went incognito and walked on the streets of the city without being recognised. The megastar is glad for the "masked wonders" and appreciates the "oblivion" state. The 73-year-old star took to his official blog to share his experience, and shared a string of photographs in which he is seen wearing khaki trousers, loose fitted shirt and a training mask, which is covering half of his face.

"The masked wonder on the streets of crowded Delhi and ne'er an eye is raised. Tthis is what life is all about 'buddy'. It's called indifference, unrecognisable, and even if recognisable not interested in recognizing. Happens to all that were once recognizable, shall happen to all? It's not something that shall bring the oceans at your feet," Big B wrote.

In one of the images, he can be seen crossing a busy junction of the city, and in another photograph, he is walking in solitude with just one passer-by – a street dog.